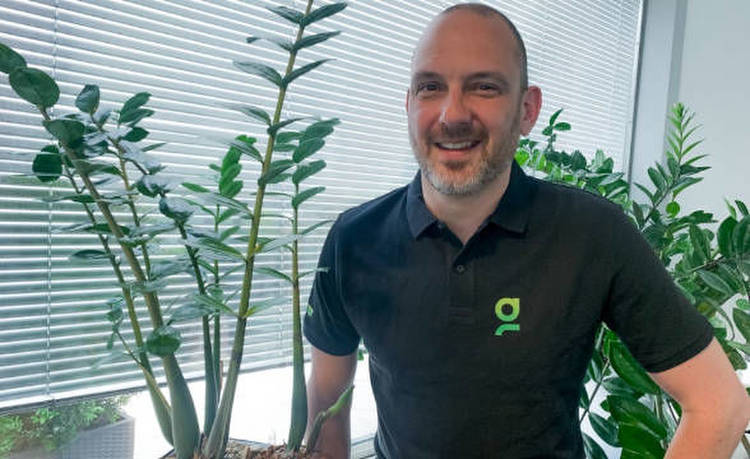 Greentube continues to methodically expand its reach in the United States. The Novomatic Digital Gaming and Entertainment division has doubled up on its ambitions for the market and has struck an important deal with BetMGM, a leading operator in New Jersey, and the US iGaming and sports gambling market. Greentube’s forays in the US market may be fairly new, but the company has been around for 25 years.

The new partnership will enable Greentube to deliver its distinct portfolio of games, including Apollo God of the Sun, Diamond Cash, and Prized Panda to BetMGM customers and across the United States as the two companies work on other launches as well.

Greentube made the first stride in the United States market back in 2021 and has been rapidly picking up the pace of expansion ever since. At the beginning of the year, Greentube secured an entry into Michigan, another promising and fastly-developing iGaming market in the country.

Greentube has been regulated in the United States for more than a year now and it is part of the New Jersey iGaming ecosystem from the very start. The present partnership makes a lot of sense for the company which is looking to expand with prominent brands.

As a result, players at Borgata Casino, Party Casino, and BetMGM Casino in the Garden State will now be able to access the portfolio and interact with the company’s unique titles.

Greentube is combining a mix of innovative designing techniques with conventional wisdom to make its games highly popular, easy to play, and rewarding. Speaking about this opportunity, Greentube commercial director David Bolas said:

“We are thrilled to be launching with such a prominent operator as BetMGM and really appreciate the importance of this partnership as it will see our content added to their leading brands. It’s another very important step for us in the U.S. market where we have had a fantastic start and we are already preparing ourselves for our next launch in the state of Michigan.”

Greentube Games to Be a Hit with BetMGM Players

BetMGM director of gaming Oliver Barlett joined the conversation and praised the company’s extensive presence in the iGaming sector, commending the more than two decades of hard work Greentube has been putting to innovate the industry.

BetMGM is confident that by teaming up with Greentube the company is demonstrating its commitment to players and bringing the best possible iGaming products. Barlett cited Diamond Cash as one of the most immersive and engaging options for players by the platform that will definitely strike home with BetMGM’s players. 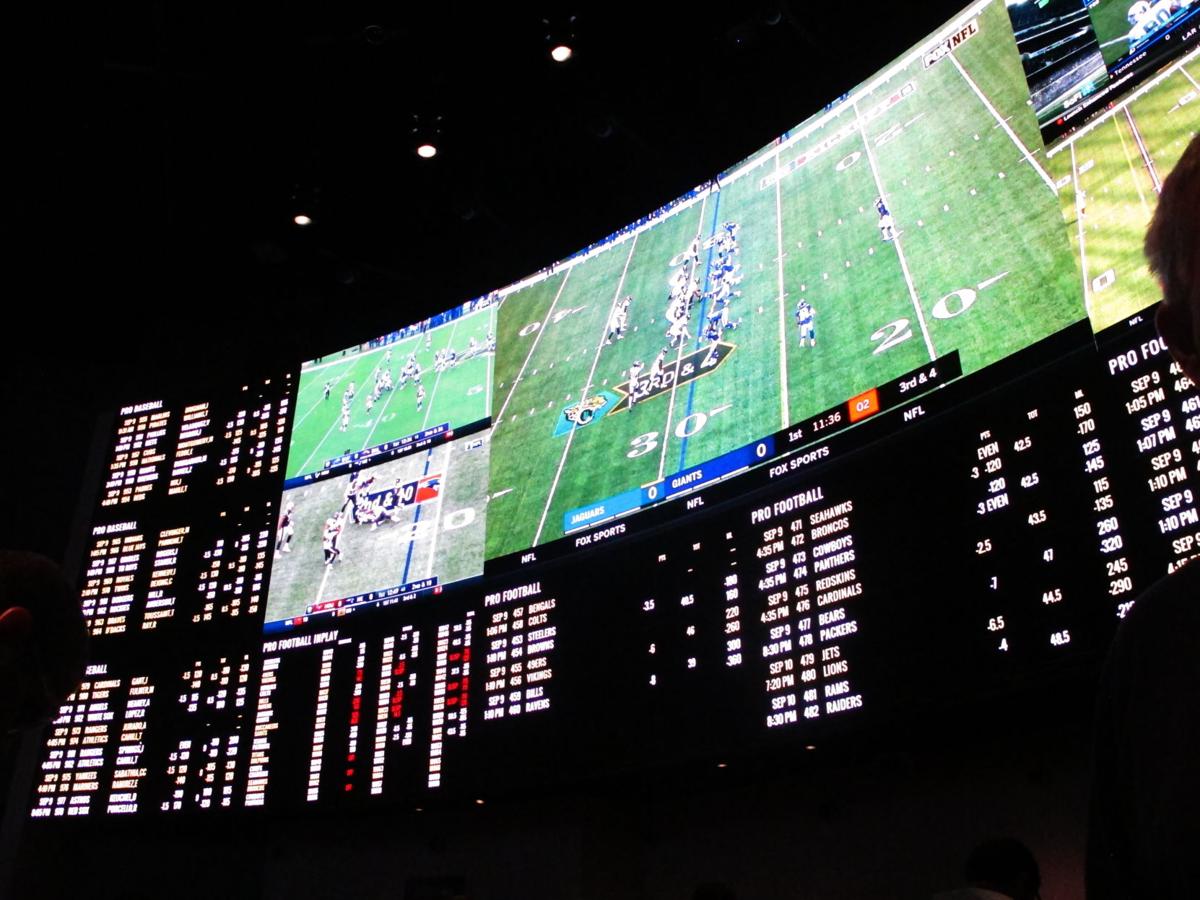 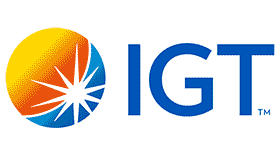 High 5 Games has received an Interactive Gaming Manufacturer License from The Pennsylvania Gaming Control Board. The developer's most popular titles include Dangerous Beauty, The Green Machine Deluxe, Secrets of the Forest, and Golden Knight. High 5 has stated that more games are underway for 2022.
Law ・ 06 July 2022

BetMGM announced the opening of its private live dealer studio in Michigan. The studio was built in partnership with Evolution, BetMgm's live casino partner. BetmGM Casino launched its Michigan live dealers offering in July 2021 and quickly established itself as one of the market leaders in the space.
Live Gambling ・ 23 June 2022

High 5 Games expands partnership with BetMGM to include New Jersey

High 5 Games has expanded its partnership with BetMGM. Bet MGM will make its products live through the firm in New Jersey.
Industry ・ 09 May 2022

BetMGM has launched Majestic Lions, a new slot game on its BetMgm Casino. It is available to BetmGM Casino players in Michigan and will become available later this year to players from New Jersey, Pennsylvania and West Virginia. Entain has developed and released more than 60 proprietary table and slot titles for Bet mgms' casino brands. Bet Mgsm is the market leader in iGaming with an estimated 29% market share in the markets in which it operates.
Land-based ・ 02 March 2022

Greentube has partnered with Rush Street Interactive to launch its slots content in New Jersey via PlaySugarHouse.com. The deal will see the operator's customers gain access to Greentubes' Diamond Cash series and other games. RSI is currently live with real-money mobile, online operations in 12 states and Colombia.  RSI is also active internationally. Greventube boosted its social casino offering in the US after launching its content with GameAccount Network (GAN) brands across the country.
Industry ・ 27 January 2022

Rush Street Interactive has added Greentube's content to PlaySugarHouse.com. The company is active in 12 states and in Colombia. Greventube is excited to bring its top performing and market proven game content like the Diamond Cash Series to players in the U.S. and hopes to collaborate with RSI in other markets. iGaming is a business that provides entertainment to people through gambling.
Religion ・ 27 January 2022

Greentube is expanding its presence in regulated markets. Lottoland will introduce Greentub's full selection of products to the operator.
Sports ・ 20 December 2021

Greentube Debuts in the US via GNOG Partnership in New Jersey

Greentube, the interactive division of Novomatic, has signed a partnership deal with Golden Nugget Online Gaming to go live with its content in New Jersey.
Finance ・ 15 September 2021

Greentube, a game development division of NOVOMOMAIC Interactive, is set to enter the lucrative US online casino space thanks to a partnership with Golden Nugget Online Gaming. New Jersey will be the first regulated state that Greentubes will launch its content into. Top performing titles from the studio’s portfolio will make available on GoldenNuggetCasino.com in the Garden State.
Finance ・ 15 September 2021

PointsBet has launched its proprietary online casino in New Jersey. The company also offers fixed odds sportsbook and a "Points Betting" platform. PointsBet launched iGaming operations in Michigan in May 2021. igaming revenues in the United States have grown since repeal of PASPA in 2018. i gaming revenues reached nearly US$900 million in June 2021 quarter. If annualized, this amount would be greater than US $3.5 billion per year. In January 2019, Points Bet launched sports betting in New York.
Industry ・ 26 July 2021

PointsBet has launched its second casino in New Jersey. The company already has a sportsbook in Michigan. American iGaming in 2021 could reach a revenue of $3.5 billion. PointsBet joins the big companies like BetMGM, DraftKings, FanDuel, and BetRivers in owning both an online sportsbooks and an e-casino platform.
Sports ・ 23 July 2021

Greentube Boosts Its Presence in Canada Through Loto-Quebec Deal

Greentube, the interactive division of NOVOMATIC, has enhanced its presence in Canada. It is taking its content live to Loto-Quebec only a month after it launched in the country.
Religion ・ 06 July 2021

Greentube has signed a partnership deal with Loto-Quebec. The company will provide its top titles to customers of Lotto-Qbec, including Apollo God of the Sun and Book of Ra deluxe.
Games ・ 07 July 2021

Gaming Realms secures a partnership with BetMGM to increase its footprint in the U.S. market and bring quality Slingo content to American players.
Travel ・ 26 January 2021