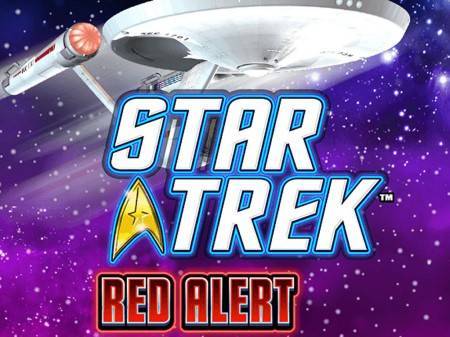 SportsBetting Casino Bet on Football: 50% Welcome Bonus up to $1,000
Jobs

For a governor whose favorite card game is euchre, Democrat Tony Evers has taken two major steps to expand high-stakes gambling in Wisconsin.

On July 1, Evers announced that his administration had negotiated changes to its gaming compact with the Oneida Nation that will allow online betting at its casino and on reservation lands. Betting would not be allowed on Wisconsin college and university games, on elections for public office and on events with participants younger than 19.

Online sports betting could start before the Packers first game of the regular season scheduled for Sept. 12 if federal officials clear the deal.

The state Constitution prohibits sports betting, but the tribes are sovereign nations and exempt from that ban if those changes are approved by the governor.

On March 24, Evers approved a $405 million Ho-Chunk Nation casino, hotel, water park and convention center in Beloit, a project tribal leaders and Rock County officials had worked on for years.

A summary of tribal gaming by the nonpartisan Legislative Fiscal Bureau said the state’s 11 tribes operated 14,985 gaming devices and 264 gaming tables as of October. The LFB report also said net tribal gaming revenues grew by 9.5%—from $1.18 billion to $1.3 billion—over the last 10 years.

The governor’s approval of the Rock County casino came more than six years after Republican Gov. Scott Walker, who Evers defeated in 2018, rejected plans by the Menominee Tribe for a proposed $800 million off-reservation casino in Kenosha.

Walker said then that the Kenosha casino could have forced state government to pay the Forest County Potawatomi Community up to $100 million to compensate the tribe for lost revenue at its Milwaukee casino.

“The Oneida Casino is a critical source of revenue and employment for Oneida Nation, and this expansion will bring new opportunities for employment and revenue growth to the tribe,” Evers said.

Oneida Chairman Tehassi Hill said the tribe signed its first gaming compact with the state 30 years ago and that online betting offers a “better quality of life” for its members and neighbors.

“We have been fortunate to be working toward recovery in our economy and move toward keeping a safe, professional gaming entertainment facility for Wisconsin travelers,” Hill added. “Tourism is an important component of Wisconsin’s economy.”

Every tribe with gaming compacts negotiates separate payment deals with state officials. But the Evers administration’s announcement did not say what additional payments for online betting the Oneida Tribe will pay.

“The software, operational systems and setup needed are expensive and complicated,” the source added.

The Democratic governor’s approval of two major expansions of tribal gaming came after COVID-19 closed casinos, cutting into their profits.

The tribes had been projected to pay state government $37.2 million in the budget year that ended June 30—a 6% one-year increase, for example.

But in a June memo to lawmakers, the fiscal bureau summarized that uncertainty this way:

“Under the compacts, payments to the state may be proportionally reduced in the event of a natural or man-made disaster that affects gaming operations.

“In 2019-20, payments were postponed because of casino closures during the Covid-19 pandemic. As a result, the state Department of Administration’s gaming receipts appropriation is expected to have a closing balance of -$28,430,900 in 2020-21.”

The Evers administration has not yet reported what tribal payments actually totaled in the year that ended June 30.

Bet on this, though: The tribes didn’t pay state government the projected $37.2 million in gaming profits last year. 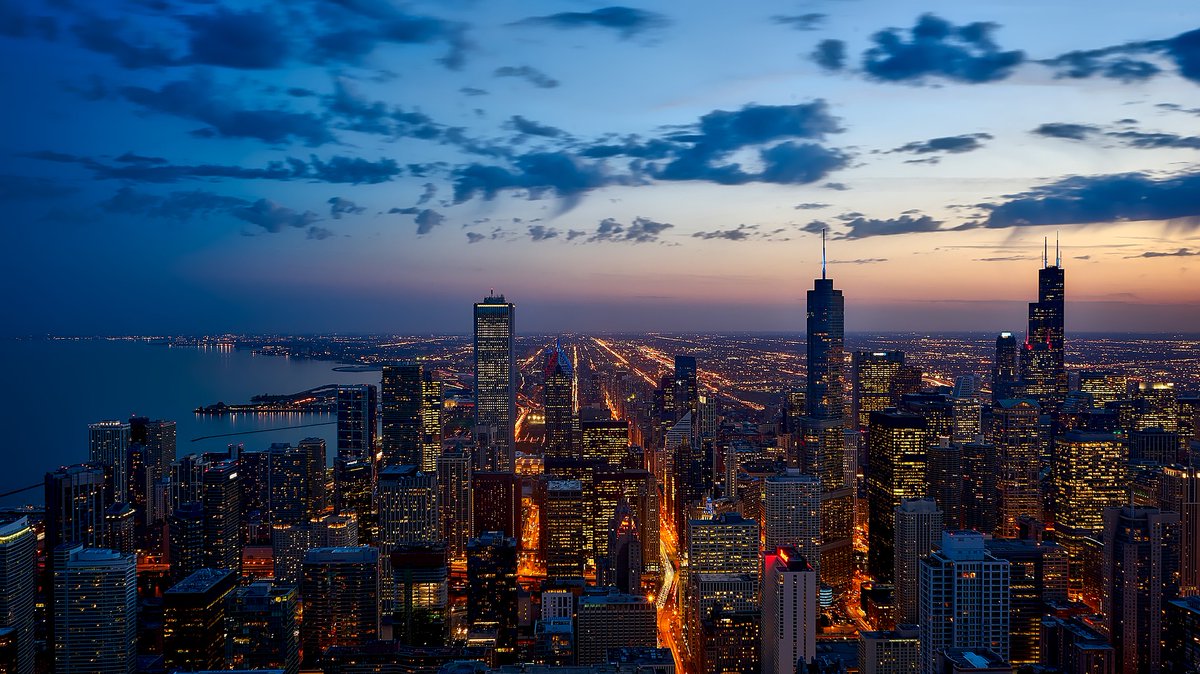 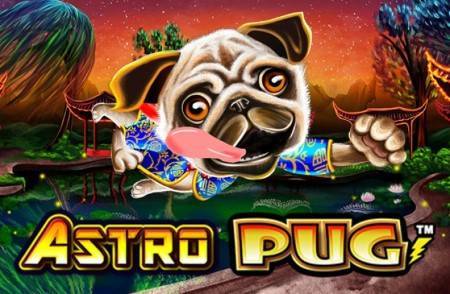 The Menominee Indian Tribe of Wisconsin has relaunched efforts to bring a casino to Kenosha. The tribe has been trying to build a gambling resort in the area since the 1990s. In July, the tribe announced it had again partnered with Hard Rock International to construct a scaled-down casino and entertainment venue on a 60-acre parcel. Some of the state's other Indigenous tribes are opposed to the project. The city and tribe plan to meet again in mid-January to continue talking about the proposed project, which is still in its early stages.
Industry ・ 27 December 2022
InForum

Burgum rejects request by North Dakota's Native American tribes for exclusive rights to host sports betting and online gambling. Internet gambling and sports gambling are currently illegal in the state. The tribes rely on casinos as a crucial source of income and employment. Burgum also supports lowering the legal gambling age from 21 to 19 at the tribes' casinos. He also backs allowing debit and credit cards to be used for wagering. The governor submitted the five compacts to Legislative Management for review. After the review, the compact could be signed by the governor and tribal representatives.
Politics ・ 02 November 2022

Biden administration is urging an appeals court to reinstate a deal that gave the Seminole Tribe control of sports betting throughout Florida. A judge ruled that the 30-year agreement violated federal law. The deal was signed by Gov. Ron DeSantis and Seminoles and ratified by the Florida Legislature in a special session last year. Owners of two casinos in Florida filed a lawsuit alleging that it violated the law and would hurt their businesses. Interior Secretary Deb Haaland allowed the deal to go into effect last summer. She argued that Friedrich was wrong because the compact only authorized gambling on tribal lands.
Poker ・ 19 August 2022
US Bets

Hard Rock International and the Menominee Indian Tribe of Wisconsin are teaming up to bring a casino to southeastern Wisconsin. The village of Bristol voted to sell a 60-acre parcel of land in the city of Kenosha to an affiliate of Hard Rock for $15.2 million. Full House Resorts is currently constructing a temporary casino in Waukegan, Illinois. The Temporary by American Place is expected to open this fall.
Sports ・ 27 July 2022
Super Slots Casino

Waukegan and Kenosha will not build a gaming casino. The Menominee tribe tried to open a casino at the Kenoza County greyhound track in 2015, but it was rejected by the governor. Full House Resorts won the contest for the Waukeshian site. It plans a $500 million gaming palace on 32 acres in the Fountain Square entertainment corridor. The industry's first quarter of the year brought in more than $5.3 billion from gamblers. There will be only two greyhounds racing tracks left in America by end of year.
Industry ・ 16 May 2022
Beloit Daily News

The Ho-Chunk Nation's Beloit casino and resort project took key administrative steps forward last year. Wisconsin Democratic Gov. Tony Evers issued a concurrent decision aligning with the federal Bureau of Indian Affairs on March 24, 2021. The tribe conducted initial work at the casino site in October of last. The city manager is "thrilled" to see the project take a key step forward. It was approved in March of 2020. A contractor for the tribe did geotechnical soil borings around the site. They are critical to understanding the soil structure below the property.
Politics ・ 31 March 2022
Beloit Daily News

Illinois Gaming Board approves final license for the permanent Hard Rock casino site near Interstate 39/90. Ho-Chunk Nation's Beloit casino-resort proposal is pending with the Bureau of Indian Affairs. The temporary facility, Rockford Casino: A Hard Rancher Opening Act, is open for gaming operations. It has over 600 slot machines and electronic table games. In the first 22 days of opening, it brought in over $4.14 million in revenue.
Finance ・ 28 January 2022

The Ho-Chunk Nation's casino-resort entertainment complex is going to start construction soon. A contractor will conduct geotechnical soil borings around the site. The borrings are critical to understanding the soil structure below the property. It's not part of the vital fee-to-trust land transfer process that's pending with the Department of Interior. Gov. Tony Evers approved the tribe’s casino and resort plan on March 24. The complex will bring about 1,500 permanent jobs and “thousands” of construction jobs to the Beloit area.
Law ・ 06 October 2021
GazetteXtra

Tony Evers signed a law that will allow online betting at the Oneida Nation's casino and on reservation lands. He also approved a $405 million Ho-Chunk Nation casino, hotel, water park and convention center in Beloit. The Belois casino will bring 1,500 long-term jobs and 2,000 construction jobs. The state Constitution prohibits sports betting, but the tribes are sovereign nations and exempt from that ban. A report says net tribal gaming revenues grew by 9.5% over the last 10 years.
Jobs ・ 12 July 2021
Urban Matter

Chicago Is Looking to Get Its Very First Casino by 2025

The Chicago administration wants to set up the first casino in the city by 2025. It has issued a request for proposals (RFP) starting April 22, 2021. The buzz is because of the huge possibilities that a casino could open up for the the Chicago.
Politics ・ 28 May 2021
KIRO7

Two people were shot dead at a Wisconsin casino on Saturday night. The gunman was a fired employee.
Incidents ・ 07 May 2021

New Arizona gaming compacts with tribes to bring more casinos, slots and table games. Governor Doug Ducey signed the documents at the Heard Museum in Phoenix. The compact amendment gives tribes the right to add 550 more slots every two years. It's the most significant update to gambling in Arizona in decades. The compact needs to be signed by the U.S. secretary of the Interior and posted to the Federal Register before it becomes effective. it could take a couple of months. Arizona's tribes offer only card games like blackjack and poker now, plus keno and bingo.
Law ・ 18 days 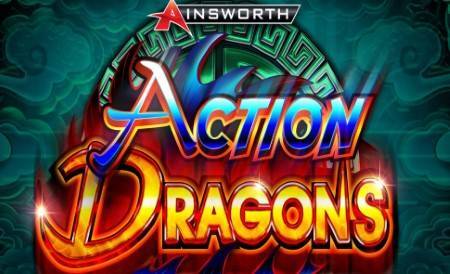