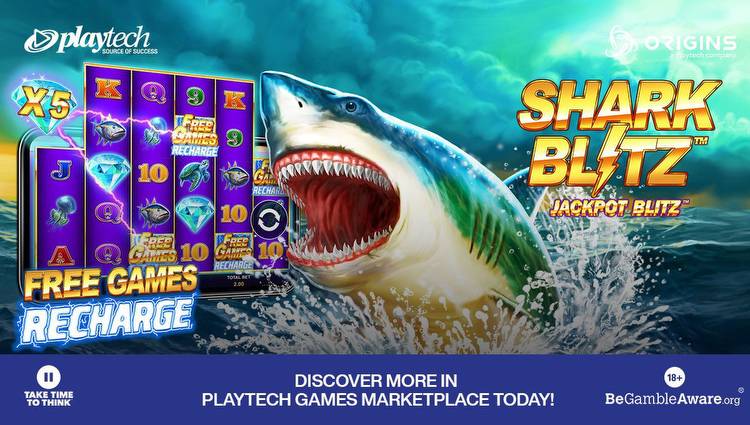 Evolution-owned Red Tiger has released its latest Megaways slot with the launch of Doggy Riches Megaway.

Playtech’s Origins studio has released the latest addition to the Jackpot Blitz series with the launch of Shark Blitz.

Betsoft Gaming has expanded its presence in the Ukraine through an integration with Vulkan Casino UA.

iSoftBet has launched the sequel to one of its most popular titles with the release of Gold Digger Megaways.

Inspired has expanded its game portfolio with the launch of its newest slot, Tin Can Cash.

Yggdrasil and Darwin Gaming have teamed up to release a new baccarat game, Baccaret Evolution.

Bang Bang Games and Yggdrasil have collaborated on a sequel to Super Cash Drop. The game features the popular GigaBlox mechanic.

Pragmatic Play has launched a new Ancient Egypt-themed slot game, Might of Ra.

Pragmatic Play partners with platform provider One Bit Tech to grow its footprint in Latin America.

ORYX Gaming has launched its content in the Czech Republic for the first time through an integration with SYNOT Group.

Ezugi has brought its live casino products to Bosnia and Herzegovina through an integration with Premier Kladionica.

Pariplay has added Scout Gaming Group as a new studio partner. It is true to Pariplay's mission to provide a wide range of content to its operator partners.

Evolution has expanded its live casino deal with Italy's Sisal to include slots from its NetEnt and Red Tiger studio brands.

In addition to 's in-house developed games, @bet365 will also be able to offer content from Relax’s 50+ aggregate partners through the Powered By Relax and Silver Bullet partnership programs. 🤝