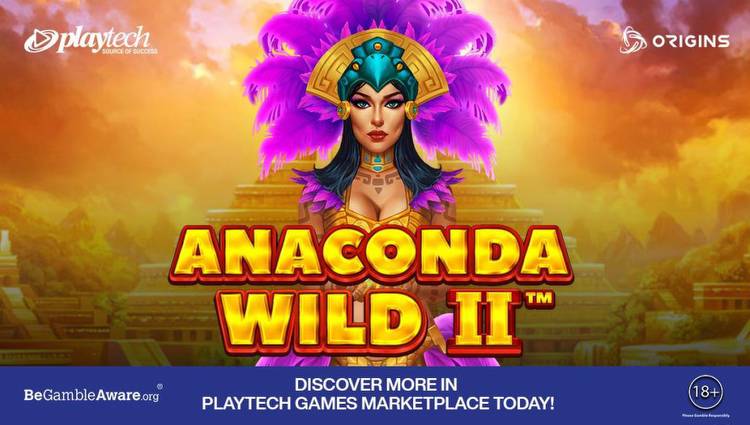 Pragmatic Play's new slot release Mysterious Egypt is a 3x5, 10-payline slot. It features symbols based on Egyptian artefacts. The Scatter acts as a wild throughout all gameplay modes.

Playtech’s Origins studio has released Anaconda Wild II, the sequel to its popular Anraconda. The 4x6 slot retains the Wild Respin feature of the original game and adds to the excitement by combining it with growing Wilds and Random Multipliers.

Inspired Entertainment has expanded its slot portfolio with the launch of Irish-themed six-reel slot Reel Lucky King Megaways. Inspired vice president of interactive Claire Osborne believes the game will be a smash-hit at launch and beyond.

GAMING1 has expanded its portfolio with the launch of 5x3 slot Faëlorn. The game follows on from the string of smash-hits released over the course of 2020.

Blueprint Gaming has expanded its Jackpot King series of games with the launch of 7’s Deluxe. 7's Deluxe has proven to be a popular game with operators and players alike since it was introduced to RGS platform last year.

Playson has released its latest 3x5 slot release Super Sunny Fruits: Hold and Win. It's the latest addition to its Funky Fruit series of games.

Nolimit City has released its first game of the year with the launch of 5x3 slot San Quentin xWays.

Real Dealer Studios has launched the second title in its baccarat series with the release of Real Baccaret with Courtney. The game is expected to land in lobbies of existing partners and engage with new potential partners.

Quik Gaming has launched the first title in its new suite of live roulette games with the release of SuperBlocs. It's a whole new spin on the classic Roulette game. It offers a live, no-dealer experience.

🎰☕️🎺 #slotcasino As popular as coffee is, I’m surprised that baristas and coffee shops, in general, aren’t more popular with modern new slots. Pragmatic Play approaches the topic with their latest release though, a slot called Coffee Wild

Hot Wild Zone from iSoftBet gives players a Euphoria-like experience but with a classic, fruity aesthetic.

iSoftBet has partnered with the Gauselmann Group to supply its games to the operator's Merkur Spiel brand throughout the German online gaming market. iSoft Bet is currently active in 21 jurisdictions. isoftbet continues to prioritize expansion in regulated markets across the globe. MerKur is pleased to add top-quality online games from i softbet to its growing slot games portfolio.
Law ・ 07 January 2022

Playson has signed a content deal with Full Force Gaming Group's brand, OmniSlots. Omni slots offers more than 1,000 slot games from top providers on its fast-loading platform. Playson's games will be integrated into the platform and will include Book of Gold 2: Double Hit video slot and Buffalo Power Megaways.
Bonuses ・ 12 October 2021

Playson has launched Buffalo Power Megaways. The game offers a thrilling twist on Playson’s recent smash, Buffalo power: Hold and Win. Mountain peaks act as scatters, providing a minimum of 12 free spins when appearing in groups of three or more during the main game.
Bonuses ・ 06 September 2021

Playson has added new features to its Fruit Slots portfolio. The latest release is Rich Diamonds: Hold and Win. The 3×5 video slot with 10 lines features a classic fruit theme and comes with a 95.6 percent RTP.
Industry ・ 05 September 2021

Playson has signed a partnership agreement with Sisal Group. Salis Group will get Playson's diverse games portfolio including over 75 slots. Playsons’s Funky Fruits series and Timeless Fruit series will be delivered to Salsal Group by way of the GAN (GameAccount Network) aggregator platform.
Tournaments ・ 18 May 2021

Playson has secured a license to supply its collection of hits to players in Georgia. The Malta-headquartered company is one of the first to have obtained a licence in the regulated Georgian market. Playson is poised to become the "key" supplier of iGaming content to brands established in that country, including Flutter Entertainment subsidiary, Adjarabet, and Crystalbet.
Bonuses ・ 07 May 2021