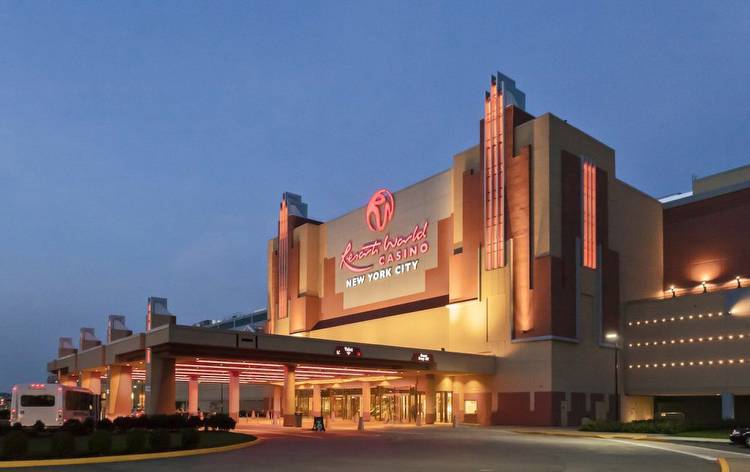 The New York State Gaming Commission last month launched a Request for Information (RFI) solicitation in order to seek out thoughts from interested parties on the appropriate size and scope of development, the value of gaming licenses for such facilities and the process that should be used in award consideration should it proceed with a Request for Proposal (RFP).

Although there is no guarantee that will happen, Yin believes Genting Malaysia holds a natural advantage if it does because its casino is already operational, albeit without gaming tables.

“We opine that Genting Malaysia’s RWNYC is in a good position to win one,” he wrote in a Monday note. “If the New York State Gaming Commission proceeds to launch an RFP, we opine that RWNYC will have an edge as it can deploy table games and generate additional tax revenue for New York State quickly as opposed to a greenfield casino.”

Yin estimates a fully licensed RWNYC would contribute annual net profit of around US$145 million to Genting Malaysia and increase the target price of its shares by MYR0.53, from MYR3.40 to MYR3.93.

Resorts World New York City is offering a dealer training program thanks to a recent agreement with the Hotel Trades Council. The program is free to HTC members. RWNYC has committed to doubling its workforce and adding more than 1,000 union jobs if granted a full commercial casino license. Since opening in 2011, the company has generated more that $3 billion for New Yorkers’ education fund. It already employs more Hotel Treditors Council union workers than any other property union employer in New york City. If granted the casino licence, it will add hundreds more to its current workforce.
Travel ・ 11 May 2022

NY lawmakers want the state to issue downstate casino licenses this year. The state's gaming industry witnessed the launch of mobile sports betting recently. It is believed that the digitalization and the expansion of land-based property would be of significant benefit to the New York State.
Law ・ 11 January 2022

Steve Cohen is discussing a potential casino with Las Vegas Sands Corp. The state is in its early stages of exploring the idea of offering casino licenses in the New York area.
Gaming Authorities ・ 01 November 2021

Mets majority owner Steven Cohen is in talks with Las Vegas Sands Corp. to build a casino next door to Citi Field. Las Las Sands has long been interested in development opportunities around New York City. New Yorkers are yearly given billions of dollars from gaming states. The New york state gaming commission issued a request for information to parties interested for three unawarded commercial casino licenses. Queens area, where Citib Field is located, is listed as a qualifying location for a new casino. Bally’s Corp., Wynn Resorts Ltd., Las Vegas Sands and the Malaysia-based Genting Group are also mentioned as companies that might express interest.
Gaming Authorities ・ 30 October 2021

The New York State Gaming Commission is running a 'request for expressions of interest' process until December 10. The commission wants to gauge the feasibility of bringing a Las Vegas-style casino resort to the state's southernmost counties and the five boroughs around New Yorkers.
Travel ・ 22 October 2021

Lim Kok Thay's Genting Malaysia agrees to inject $150 million into Empire Resorts to help the U.S.-based casino operator repay its debts. Fitch upgraded Empire's credit rating by one notch to B+. Gentings Malaysia holds a 49% stake in Empire. The company has invested more than $1 billion to date in the company. Empire owns and manages Resort World Catskills in upstate New York. Resorted World was hit by the Covid-19 pandemic. It closed for five months in 2010.
Travel ・ 13 October 2021