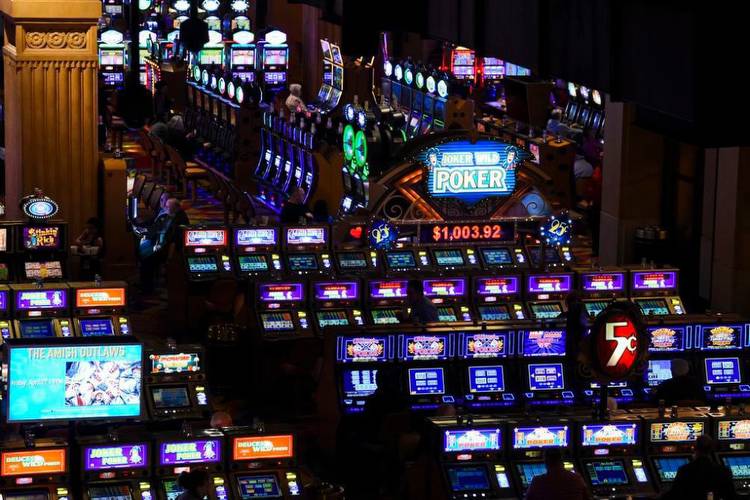 The state reported monthly revenue from gaming and fantasy contests of $415.6 million, a year-over-year increase of 46%. Total tax revenue was $169.1 million.

Wyomissing-based Penn National Gaming Inc. had an especially good month at its Hollywood Casino at Penn National, which saw a 96.5% increase in revenue when compared to September 2020. The Dauphin County-based casino had monthly revenue of $55.8 million, compared to $28.4 million the year before.

The bulk of the revenue came from internet gaming, which accounted for $38.6 million of the total. Slot revenue was $13.8 million and table games brought in $2.2 million. Sports Wagering was at $1.2 million.

The soon-to-be-opened Hollywood Casino Morgantown in Caernarvon Township had revenue of $381,327, all via digital sports wagering.

March was a great month for the Pennsylvania gaming industry. $462.7 million was generated by all forms of gaming, including $118.1 million from online casinos. Another $30.4 million in sports betting revenue was also recorded.
Finance ・ 20 April 2022

Penn National is the latest gaming company to request to reduce slot machines in Pennsylvania. Harrah's Philadelphia and Mount Airy already did that.
Sports ・ 25 August 2021