Gaming Realms To Bring Slingo To Connecticut Before Year's End 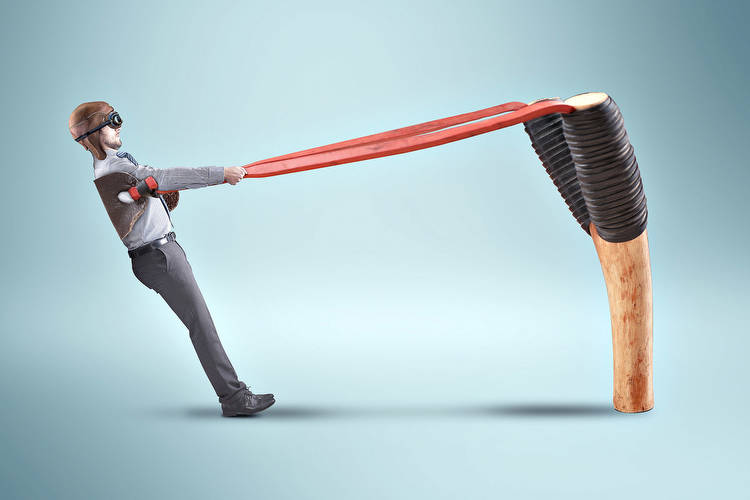 Nutmeg State gamblers will soon have access to a type of real-money gaming they won’t find at the state’s retail casinos.

London-based Gaming Realms is a B2B online gaming supplier best known for its Slingo line of products. It announced today that it has obtained approval from the Connecticut Department of Consumer Protection. The DCP regulates all gambling in the state.

With its Online Gaming Service Provider license in hand, Gaming Realms will be free to provide Slingo titles – and possibly other games – to Connecticut online casinos. In its press release, the company claims it expects this to happen before the end of 2022.

Gaming Realms is already live in New Jersey, Michigan, and Pennsylvania but is sitting out the tiny markets of West Virginia and Delaware.

The Company’s strategy to sign multi-state deals and direct integration agreements with some of the largest operators in the U.S has also put us in a stronger position for our Slingo content to go live in a shorter time frame and to capitalise on market growth as more states look to regulate iGaming.

Both operators already have existing relationships with Gaming Realms in other states. So, we can expect that Slingo games should become available on both sites more or less simultaneously.

As the name suggests, Slingo is a game combining elements of bingo and slot machines. The concept dates back to 1994 when it was invented by New Jersey real estate developer Sal Falciglia Sr.

It has changed hands a couple of times since then. Gaming Realms acquired it in 2015 and achieved enough success in the UK market that it has made it the core of its business.

There are many variations on the concept. The core gameplay works like this:

Give Slingo a try in demo practice mode, no signup needed. Simply click the play now button below to play the first iteration of Slingo, Slingo Classic, now on its 20th anniversary.

Unlike most slots, Slingo offers players some meaningful choices. Wilds can go in any space in the appropriate column. In some versions, Super Wilds can go anywhere in the grid.

At the end of the regular game, the player is usually offered one or more chances to spin again. The cost to do depends on the current state of the grid. The game calculates the price to provide a similar house edge to the base game.

Probably the nicest feature of Slingo is its entertainment value for your wager. A spin of a slot machine lasts only seconds, while a game of Slingo takes a minute or so, depending on how quickly you place your wilds.

An online gaming service provider licence in Connecticut has been received by Gaming Realms.

Gaming Realms secures Connecticut licence. It will allow it to supply its content to licensed operators active in the state. DraftKings and FanDuel are already live in Connecticut and will be able to roll out content from the developer. Gaming Realms expects its Slingo content will go live there by the end of 2022.
Law ・ 13 days
iGaming Business

Soft2Bet will add Gaming Realms' collection of Slingo content to the range of games available to its own clients. Relax Gaming led the integration of the Sledo games onto Soft2 Bet's platform. Gaming Realm's head of business partnerships hopes to expand the partnership in the near future.
Industry ・ 31 May 2022

Soft2Bet has agreed to integrate Gaming Realms' Slingo content with its portfolio of casino games. Relax Gaming is responsible for the integration. The games suite is now live across the brands.
Industry ・ 31 May 2022
Casino City Times

Soft2Bet has agreed to integrate Gaming Realms' Slingo content into its portfolio of casino games. Relax Gaming has completed the integration and their games suite is now live across the brands. Gaming Realm's head of business partnerships hopes to expand the partnership in the near future. The company has an established and dedicated player base. It is looking to partner with another market leading operator with international presence.
Industry ・ 31 May 2022
Super Slots Casino

BetMGM and the Detroit Red Wings have announced a new slot game called Detroit Slingo. The game is based on the 75-ball Sledo format and allows players to match numbers on a five-by-five grid and climb up the pay ladder.
Sports ・ 20 May 2022
Golden Casino News

Gaming Realms has launched its services in Québec. It is focusing on Slingo Originals games. Loto-Québec is the province's only licensed online gaming operator.
Blackjack ・ 01 April 2022
Gambling News

Gaming Realms launches Slingo games in Québec through its partnership with Loto-Québec. Lotro-Quesne is the only regulated iGaming operator in the province.
Blackjack ・ 30 March 2022

Alchemybet Limited has been awarded an iGaming Supplier license to supply games within the Canadian province of Ontario. The province's regulated igaming market will open on 4 April 2022. With a population of 15 million, Ontario is larger than any State within US that is currently licensed for i gaming. Gaming Realms is focusing on providing its Slingo Originals game content to Ontario's licensed online casino operators.
Finance ・ 11 March 2022
Big Spin Casino

Gaming Realms has negotiated a content partnership with Aspire Global’s Pariplay Ltd. Pariaplay is an aggregator of online casino games. Gaming Realms‘ products will be integrated with the Fusion aggregation platform developed by Paraplay and operating in over 15 regulated markets across the world.
Industry ・ 06 December 2021
Big Easy Magazine

Bingo dates back over 500 years to a traditional Italian lottery. In the UK alone there are over 3 million visitors to bingo halls each year and 100 million games of live and online bingos played globally. The binging market in the United States is estimated to be worth two billion dollars. New versions of bingeros have been developed to keep players interested. Slingo is one example of such a game.
Bingo ・ 28 July 2021
Gaming Intelligence

Gaming Realms has launched its Slingo Originals content in Michigan with BetMGM. The company received its provisional supplier licence earlier this year. It is the second US state for the London-listed games developer. Gaming Realms shares gained 3.69% to 33.70 pence per share in London on Tuesday.
Industry ・ 29 June 2021

Gaming Realms has come to terms with Interactive Gaming Technology on a deal. IGT's top-performing brands will get their remakes by incorporating the popular Slingo Mechanic.
Bingo ・ 25 June 2021
AJ Bell You Invest

Gaming Realms has signed a licensing agreement with International Game Technology. Under the terms of the agreement, Gaming Realms would produce Slingo games. Sledo is an entertainment genre that combines elements of slots and bingo.
Law ・ 21 June 2021
Casino News Daily

Gaming Realms secures a partnership with BetMGM to increase its footprint in the U.S. market and bring quality Slingo content to American players.
Travel ・ 26 January 2021
Inkedin

Gaming Realms predicted a 55% increase in revenue to £10.7m for the whole year 2020. The announcement boosted the company's shares by 3%.
Finance ・ 08 December 2020
Casino News Daily

Gaming Realms has signed a multi-year deal with NetEnt to license one of their most popular slots, Starburst, and create a new Slingo game. Netent first rolled out its Starburst slot in 2012. The game features five reels, three rows and ten paylines that pay out both ways.
Winnings ・ 09 October 2020

Rush Street Interactive and Gaming Realms extend their partnership in New Jersey to Pennsylvania. Slingo Originals portfolio will be available on the Rush Street and the Gaming Realms sites.
Industry ・ 31 August 2020