Finland’s Gambling Operator Veikkaus Ready to Give Up Monopoly 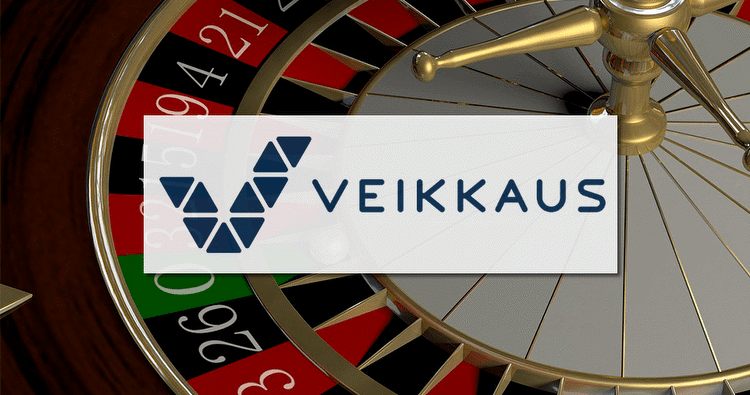 State-owned gambling company Veikkaus has stated in its interim report that it is ready to give up its monopoly position in Finland in the hopes that the government will open the market to privately-owned betting companies.

In an interview with Ylen Ykkösaamu on Wednesday, Veikkaus’ deputy CEO Velipekka Nummikoski pointed out that gambling regulation in Finland only applies to Veikkaus while foreign gambling companies are allowed to operate with no apparent oversight.

“Our competitors do not operate under Finnish regulations and their license would change. Then everyone would work with the same rules of the game.”

Nummikoski said that it is important that the market is competitive but that all operators are also on an equal footing. Currently, foreign iGaming companies pay no taxes to Finland and have no obligation to comply with Finnish gambling regulations.

Finland’s online gambling market was worth around €520 million in the first six months of 2022 whiole Veikkaus’ share of this figure was reported to be €260 million. According to Veikkaus’ interim report, 50% of all money wagered online in Finland goes directly to foreign companies that are unregulated by the Finnish government.

He then cited Sweden’s example of a licensed market before explaining:

“Channelization has reached 90 percent there, which was the goal of the system. And that is the most significant measure of whether the system has been successful or not. It is not worth creating such a license system, which is not capable of channeling gaming into itself. The regulation must be drawn up to its level.”

Nummikoski believes that Finland would be an attractive option for foreign gambling companies if the market were opened and a license system was introduced.

“The fact that we are currently offering games to Finnish customers shows that we are an attractive market. We would certainly get a significant number of good operators to Finland.”

Gambling industry journalist with a background in online poker and trading. Covering the regulated U.S Sports industry and the exciting world of online poker.

The deputy CEO of Veikkaus stated that dissolving the monopoly may be the smartest idea:

Changes to gambling laws in Finland

Finnish Parliament approved the Finnish Gambling law reform at the end of 2021. Most of the changes entered into force on January 1st of 2022 and the rest will be implemented on 1 January 2023. The new law aims to strengthen the position of government-owned betting agency Veikkaus and to reduce the harm caused by gambling.
Law ・ 9 hr

Veikkaus wants the government to consider allowing foreign online gambling and gaming companies to operate in Finland under domestic rules. Veikkas has a monopoly in the digital gambling market. Finland's digital betting market was valued at 520 million euros in first half of this year. About half went to Veikkas and the rest to foreign operators.  Foreign operators do not pay any taxes in Finnish and donot have to comply with Finnish legislation.
Law ・ 29 days

Gambling and gaming are similar activities. Finns enjoy both gambling and video gaming activities, which are often similar. Finnish online casinos have a thriving online gaming industry. iGaming is a convergence of gaming and gambling activities that leads to a higher participation level. iGambler's report compares stats for Finnish casinos with video games to see which activity is more popular among Finn's.
Incidents ・ 20 June 2022

The reforms introduce payment blocks for iGaming operators advertising for Finnish players except for state-owned monopolies. The identification will be rolled out to extend to land-based slots. Private individuals advertising by influencers is clamped down with a possible penalty payment of up to tens of thousands. B2B business for the Finnish monopoly can be done with international igaming operators.
Law ・ 04 April 2022

Gambling is sometimes frowned upon and considered a taboo subject. Many governing bodies try to regulate gambling. Europe is trying to change gambling regulations to ensure players are protected. The top countries in Europe are implementing changes to gambling regulation. The latest gambling rules changes in the European Union are as follows:
Law ・ 15 March 2022

Finland has just 16 casinos, but the gambling industry is very popular. The gambling space in Finland started with just the Payazzo machine in the 20s. Since WWII, the government has enjoyed a huge monopoly in this space. In 2001, Raha-automaattiyhdisty came into play to regulate the industry. New laws were introduced to better manage how people access their favorite markets. The Lotteries Act, 2001 is the legislation in charge of gambling in Finnish. It was designed to help government stay on top of things and protect players. Europe is not happy about this.
Lottery ・ 17 January 2022

Yesterday, Veikkaus opened its second casino in Finland. It follows only months after the operator opened Casino Helsinki.
Land-based ・ 17 December 2021

Is Finland a good destination for casino lovers?

Finland is a great tourist destination. It has historical and cultural attractions. The cuisine is fantastic and the population is diverse. There are opportunities to enjoy new casinos and make some money.
Mobile ・ 26 November 2021

The new Lottery Act in Finland aims towards safety. The only operator accepted is the Veikkaus state-owned monopoly. Finns can gamble on international websites, but the marketing of casino games is forbidden.
Lottery ・ 23 November 2021

There are many countries that have to decide whether they wish to legalize gambling. Some countries have readily embraced the industry, while others adopt a more conservative approach. This discussion will focus on specific Nordic countries and their regulatory framework on gambling, and the agencies responsible for monitoring gambling activities.
Law ・ 29 October 2021

Finland: Gambling laws and regulations in 2021

Finland has one of the most liberal approaches to gambling regulation. The gambling industry in Finland is lucrative and has secured one place in the world's top ten largest gambling nations. Online casinos are sprouting up left and right within Finland. There are still a number of laws and regulations that govern the industry. However, the Finnish Lotteries Act gives the state-owned operator Veikkaus Oy a monopoly over all gambling activities. It was estimated that the gambling market in Finns will grow by 10% from 2020 to 2021. It's the responsibility of Veikaus to ensure that all betting and gambling activity are done responsibly and safely.
Law ・ 06 September 2021

Finland is one of the 5th biggest betting nations in the world. The two land-based casinos in Finland usually contribute all their money to philanthropy. Online casinos are legal but only under national control.
Payment Methods ・ 28 August 2021

Veikkaus has a gambling monopoly on the Finnish gaming market. The new max betting limit on online slot games was set at €500 per day and a max of €2,000 per month. The Finnish Ministry of the Interior passed a decree approving a cap on max limits. In June 2021, the government decided to make max slot loss limits permanent.
Covid ・ 26 August 2021

Online gambling is the future of gaming. The market is valued at $46 billion and is projected to reach $94 billion by 2024. Online gambling in Finland has seen a 10% year-on-year rise.
Gambling Addiction ・ 12 May 2021

EGBA urges Finland to end its gambling monopoly. It is the only EU member state that still has a gambling monopolistic. Public opinion is shifting in favour of an end to the monopoly, as evidenced by a 2019 survey. The majority of Finns gamble on international betting websites. They offer better returns, higher winnings and a wider selection of products. They pay their taxes elsewhere. Estonia, Latvia, Lithuania and the Netherlands have already introduced open-licensing for online gambling. Finland should do the same.
Gambling Sites ・ 19 January 2021

Veikkaus will introduce mandatory ID verification controls across its network of slot machines on January 12, 2021. The company has been able to complete the task a few weeks earlier than expected. The new measures will enable players to self-exclude from gambling across Veikkas’ slot machine estate.
Lottery ・ 19 January 2021