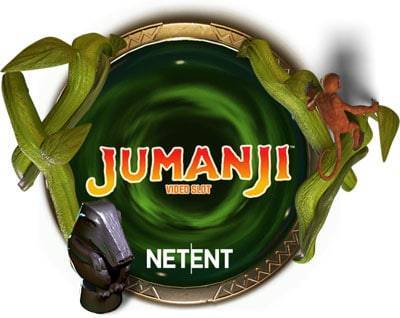 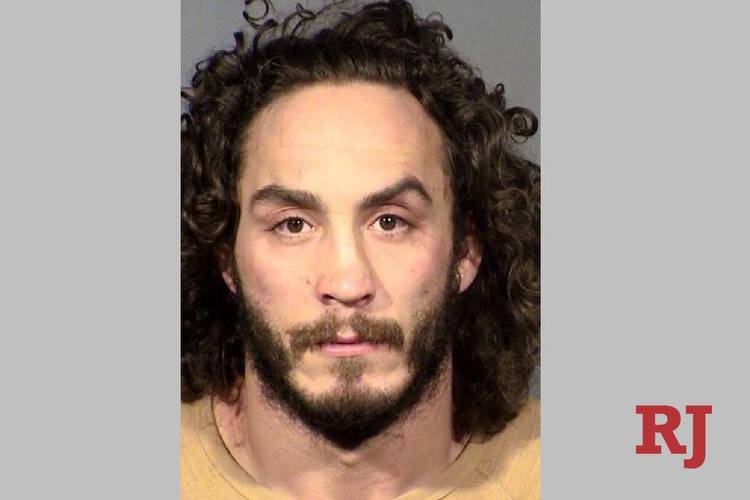 A former UFC fighter was arrested after urinating inside a Las Vegas casino and punching a security guard, according to an arrest report released Tuesday.

Security guards tried to remove Martin from the casino and police said Martin punched a security guard in the throat, the report stated.

Detectives reviewed security footage that confirmed Martin urinated in a hallway and punched the security guard, according to the report.

Martin, who is a Las Vegas resident, told Metro he was racially profiled. Police said they suspect he was intoxicated.

Martin announced in January that he was a free agent after nearly seven years with the UFC.

He was jailed on charges of battery and lewd conduct in a public place, according to court records. A hearing is scheduled for Jan. 19. 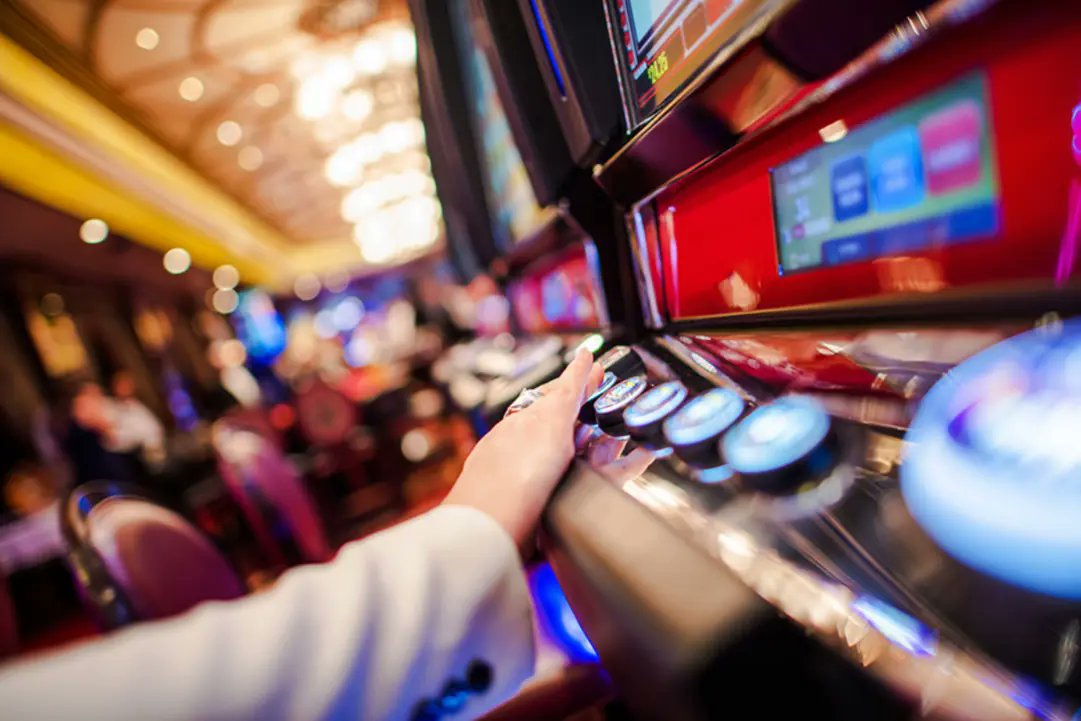 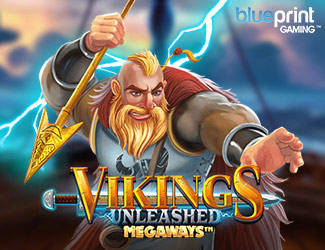 LAS VEGAS (KTNV) - An arrest report has revealed new details on the casino robbery that occurred at Caesars Palace on Monday just after midnight. According to the Las Vegas Metropolitan Police Department, 37-year-old James Booth approached the main cage, asking for money and threatening to shoot the worker if they did not comply. The report states&hellip;
Incidents ・ 24 days
8 News Now

LAS VEGAS (KLAS) - A lawsuit filed Thursday accuses security staff at a Las Vegas Strip casino of failing to protect a group of customers after a man threatened them with a gun. That man later shot a member of the group, leading to substantial injuries and multiple surgeries, documents said. Attorneys for the shooting victim, Eric Aguilar, are&hellip;
Incidents ・ 25 days

A 35-year-old man was sentenced to at least two years and four months in prison for pushing an El Cortez security guard to the ground in 2021, fatally injuring him. A grand jury indicted Pedro Lizano in September on felony counts of murder against a victim who is 60 or older, and battery resulting in substantial bodily harm against a victim who is&hellip;
Incidents ・ 06 January 2023
8 News Now

LAS VEGAS (KLAS) - Earlier this week, police claim a man took a taxi to Resorts World on the Strip, robbed the casino and left in a taxi with an undisclosed amount of money. Any robbery of a casino on the Strip makes headlines, but it's not as rare as some think. Here is a look at some of the more notorious casino heists over the years. If card&hellip;
Land-based ・ 12 November 2022
Super Slots Casino

Players can claim the SUPER300 bonus code on their first three deposits only. The minimum deposit amount required to redeem each bonus code is $25. This bonus is not valid in the Live Dealer Casino. The deposit plus bonus amount is subject to a 45X playthrough requirement before any winnings can be withdrawn.
8 News Now

These are the heists that cost Las Vegas casinos millions

LAS VEGAS (KLAS) - Earlier this week, police claim a man took a taxi to Resorts World on the Strip, robbed the casino and left in a taxi with an undisclosed amount of money. Any robbery of a casino on the Strip makes headlines, but it's not as rare as some think. Here is a look at some of the more notorious casino heists over the years. If card&hellip;
Incidents ・ 26 December 2022
KMA Radio

The two people killed in a reportedly unprovoked stabbing attack Thursday near the Wynn hotel and casino on the Las Vegas Strip have been identified, authorities said. Officers received a report of a stabbing with multiple victims in front of a casino in the 3100 block of South Las Vegas Boulevard around 11:42 a.m., the Las Vegas Metropolitan&hellip;
Incidents ・ 22 October 2022
Yabby Casino

One armored truck security guard was shot and another was injured outside of Southern California's Hustler Casino on Aug. 4 during an "ambush" by multiple armed suspects who made off with an undisclosed amount of money, according to police. During a press conference, Lt. Christopher Cuff of the Gardena Police Department told reporters that police&hellip;
Incidents ・ 05 August 2022
Fox 5 Vegas

LAS VEGAS, Nev. (FOX5) - A man is accused of trying to steal a slot ticket from a gambler at a Las Vegas Strip casino before getting into a fist fight, according to Las Vegas Metropolitan Police. Deon Newton is facing charges of battery and committing fraud in a gaming establishment after the incident in the early morning hours of Aug. 1 at the&hellip;
Land-based ・ 03 August 2022
Los Angeles Times

A California man has been arrested in Las Vegas for leaving his puppy in a parked car outside of a casino in 113-degree heat for nearly two hours with its mouth taped shut, police said Thursday. Raul Carbajal, 50, of Corona Del Mar, was arrested on July 20 for "willful, malicious torture of an animal," according to a statement published on Twitter&hellip;
Land-based ・ 29 July 2022
KTNV Las Vegas

Police: Man threatened to blow up Tropicana Hotel and Casino

LAS VEGAS (KTNV) - On Wednesday around 8:48 a.m., a Las Vegas Metropolitan Police Department officer was dispatched to the Tropicana Hotel and Casino because of a call referencing a subject leaving a restaurant without paying inside the hotel. Details of the call said that a male told a hostess that he owed the building and he would blow it up&hellip;
Land-based ・ 10 June 2022

A man referenced the 9/11 terrorist attacks and the Las Vegas mass shooting as he allegedly hurled threats in a Las Vegas casino floor from which he was being kicked out of Saturday morning, according to his Metropolitan Police Department arrest report. Ignacio Robinson, 23, was booked into the Clark County Detention Center on one felony count of&hellip;
Incidents ・ 28 March 2022
Live 5 News

Thursday, March 10, 2022 | 5:33 p.m. Caleb Rogers A Metro Police officer accused of robbing three Las Vegas area casinos is facing new charges after making an initial appearance today in federal court, according to the U.S. Attorney's office. Caleb Rogers, 33, was charged with one count of interference with commerce by robbery and one count of&hellip;
Incidents ・ 11 March 2022
PokerTube

As per Metro Police, a Henderson man suspected of shooting a Las Vegas casino security officer on Thursday, 16th December was trying to cash a fake City of Las Vegas payroll check at the casino's cage. At about 2:30 p.m., Michael Kasper entered the casino in the 4900 block of North Rancho Drive and headed straight for the gambling cage, according&hellip;
Incidents ・ 26 December 2021
Patch

Hey, Las Vegas! Here's everything you need to know to get this Saturday started off right. Here's everything happening in Las Vegas today. First, today's weather: Cool with plenty of sunshine. High: 53 Low: 32. Here are the top 4 stories today in Las Vegas: Heading out on the town for New Year's Eve? Ride the Las Vegas Monorail all weekend for just&hellip;
Trust and Safety ・ 18 December 2021

LAS VEGAS (FOX5) -- Las Vegas police said a former MMA fighter urinated on a casino floor before punching a security guard this past weekend. Police were called to Caesars Palace about 1:30 a.m. on Nov. 20 for a battery, according to the arrest report of 32-year-old Anthony Rocco Martin. When officers arrived, they spoke with a security guard who&hellip;
UFC / MMA ・ 01 December 2021
Las Vegas Sun

Mixed martial arts fighter Anthony Rocco Martin was arrested over the weekend after punching a security guard in the throat who confronted him about urinating in the hallway of a Las Vegas Strip property, according to a Metro Police arrest report. Martin, 31, was arrested on one count of battery and one count of lewd conduct in a public place, both&hellip;
UFC / MMA ・ 02 December 2021
The US Sun

TWO women were found dead inside a hotel room in Las Vegas in a suspected murder-suicide, according to reports. They were found by employees at the Palms Casino Resort around 3pm on Tuesday. The guests, said to be in their 30s, reportedly hadn't checked out of the hotel prompting security guards to visit the room, Las Vegas Sun reports. They&hellip;
Travel ・ 05 August 2021
FOX 7 Austin

Police in North Las Vegas arrested a dad who they said admitted to leaving his 6-month old son in a car while he gambled inside a casino. The temperature on the night of the incident was 100 degrees Fahrenheit. (Credit: North Las Vegas Police Department via Storyful) NORTH LAS VEGAS, Nev. - A dad is facing charges after allegedly telling arresting&hellip;
Land-based ・ 10 August 2021
Review Journal

A father was arrested last week in North Las Vegas after police said he went into a casino to gamble for 30 minutes while his infant son sat in a sweltering car. Mitchel Hooks, 39, was arrested July 16 and charged with a felony count of child abuse, according to court documents. Officers were called at 10:15 p.m. on July 16 to the Bighorn Casino,&hellip;
Incidents ・ 29 July 2021
8 News Now

LAS VEGAS (KLAS) - A North Las Vegas man arrested Friday night after his 6-month-old son was left alone in a car outside a casino told police, "I know I'm in trouble" when officers found him inside, according to an arrest report. The boy was found when another customer heard him crying in the car and went to casino security, according to statements&hellip;
Trust and Safety ・ 21 July 2021 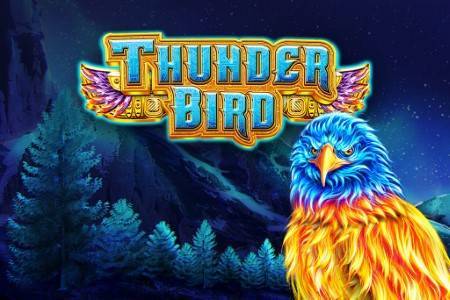