A lucky UK ticket holder is nearly £200million richer tonight after landing the EuroMillions mega-jackpot – the biggest National Lottery win of all time, according to Camelot.

The win, worth a whopping £195 million, beats the previous record held by Joe and Jess Thwaite from Cheltenham, Gloucestershire, who took home the prize of £184,262,899 in May this year.

Camelot’s Andy Carter, Senior Winners’ Advisor at The National Lottery, said: “What an amazing night for one UK ticket-holder who has scooped the biggest-ever EuroMillions jackpot of £195M!

"This winner has just become the biggest National Lottery winner of all time, the fourth lucky EuroMillions jackpot winner here this year and the 15th UK winner of over £100M.

"Players are urged to check their tickets and to give us a call if they think they are tonight’s record-breaking lucky winner."

One UK millionaire was created in the Millionaire Maker Selection with the code TKZR29187.

The holder will be able to buy 11 Boeing 747 jets, 23 Pisces-VI Submarines, Southampton Football Club or a townhouse in London’s Mayfair, complete with steam-room and plunge pool, cinema room and fully-equipped chef’s kitchen.

It also means they are richer than Adele (worth £150 million).

Only 15 UK players have ever won a jackpot of more than £100 million.

Mr Carter added: "Thanks to National Lottery players, more than £30M is generated every week for Good Causes across the country.

"This supports everything from local projects making a difference where you live, to our nations' athletes at the upcoming Commonwealth Games.”

The massive prize means the ticket holder has more cash than than pop heart-throb Harry Styles who is worth £100 million, Phil Collins who has banked £145 million and Ozzy and Sharon Osborne who have an estimated £150 million.

Tonight's win means the winner has more than Joe and Jess Thwaite from Cheltenham, who said in May they were "not sure anyone is really prepared for a win like this".

Jess said at the time the inspiration behind their win was her late father, who always played before he passed away.

She said: "My dad played the National Lottery all his life and constantly dreamed of winning.

"He'd always ask us what we'd do when we won, how we'd spend it, who we'd treat. It was a regular conversation and I feel like he was preparing us."

"The win gives us time to dream which we haven't had before.

"We’ve had one week to think about this and we now have time to share lots of experiences and go on adventures with our family and friends."

#Allwyn promises makeover for #NationalLottery With the hearing of Camelot’s legal challenge about to get underway, Allywn’s CEO has detailed his plans for the National Lottery. 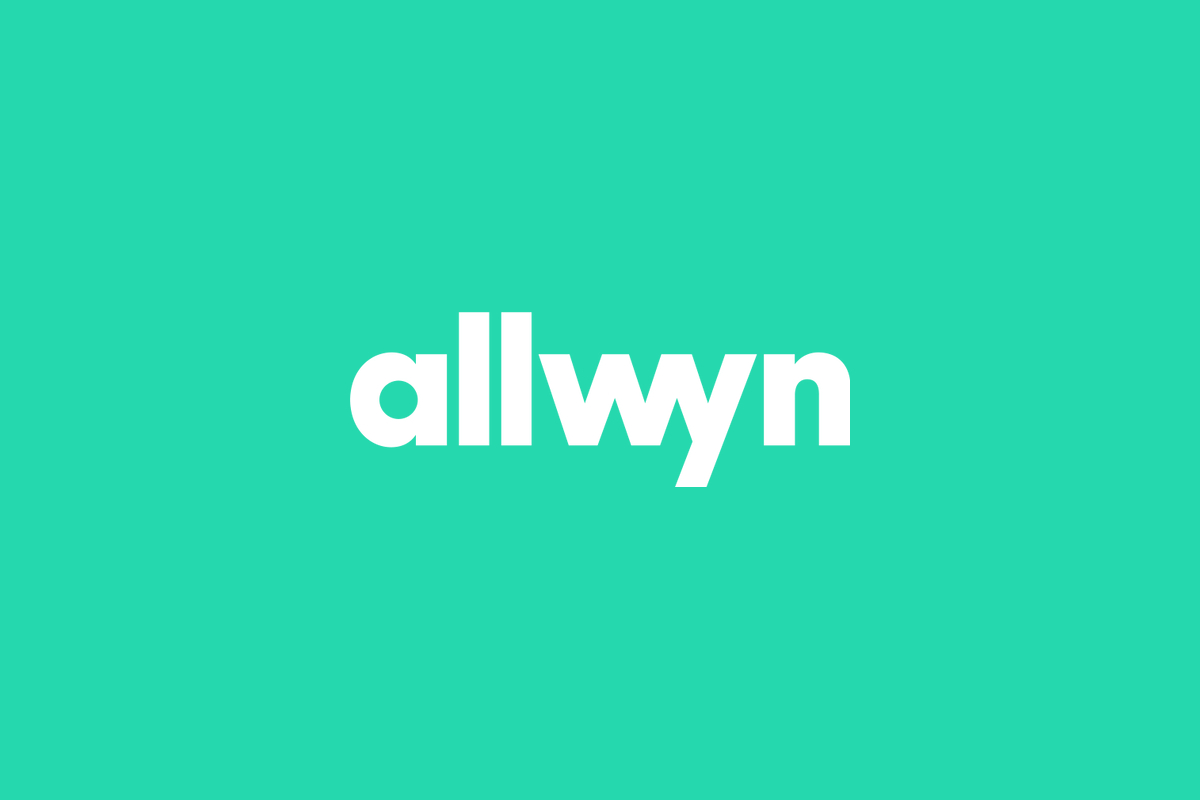 #Camelot withdraws block on #NationalLottery transition, but questions remain The operator has withdrawn its objection, but it’s not yet clear if the @GamRegGB can proceed with the transition. 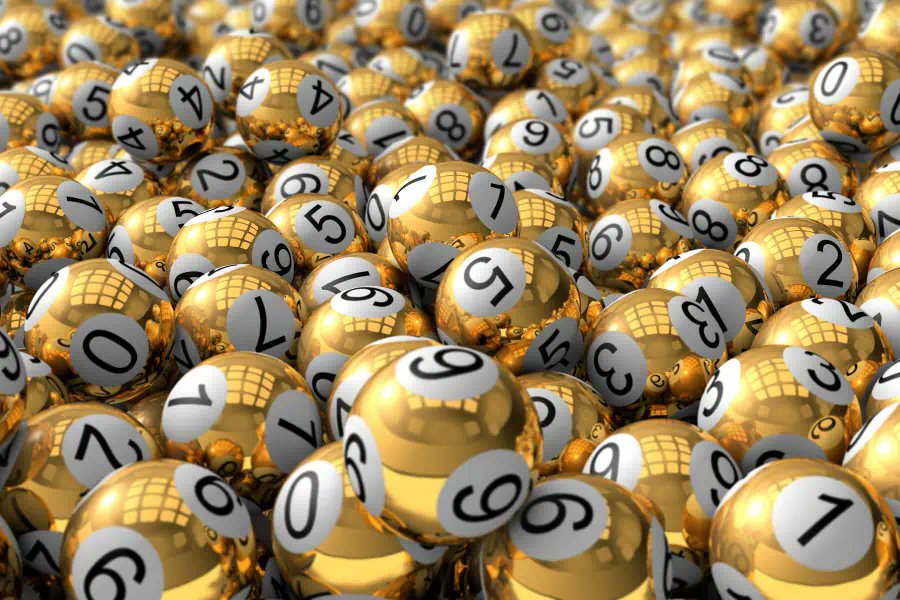 Allwyn gets ready for the official transition to becoming the new operator of the #NationalLottery after Camelot drops the appeal Follow the developing story: 18+, T&Cs apply

The third biggest ever UK National Lottery winner has come forward and claimed a EuroMillions jackpot of £171 million. It is the sixth Euromillions prize won in the UK this year. Five of these were over £100 million and the three biggest-ever National lottery wins were £195 million, £184 million from 10 May and £170 million last Friday. Just over £827 million in Euro Millions prizes have been won by UK ticket-holders this this season. The latest ticket holder has banked the 17th Euro millions winner of over over $100M in UK history.
Winnings ・ 1 day

A UK ticketholder has staked a claim to last Friday's £110 million EuroMillions jackpot. Camelot is urging people to check their tickets. The winning numbers from Friday’s draw were 07, 12, 13, 20 and 45. The Lucky Star numbers 03 and 12 were also included in the draw. Only 15 UK players have ever won a jackpots of more than £100 million.
Winnings ・ 13 days

A lucky British ticket holder scooped last night's £110million EuroMillions jackpot. The winning main numbers were 7, 12, 13, 20, 45 and the Lucky Star numbers 03 and 12. It's bigger than the fortune of Harry Styles and Gary Barlow. Only 15 UK players have ever won a jackpots of more than £100million.
Winnings ・ 25 days

The Euromillions results are 7, 12, 13, 20, 45 and the lucky stars are 3,12. The next EuroMillions draw is at 8.45 pm. Last month a UK ticket holder won a record-breaking £195m jackpot. The previous record was £184m won by Joe and Jess Thwaite from Cheltenham, Gloucestershire in May this year.
Winnings ・ 25 days

A UK ticket-holder has won the biggest-ever EuroMillions jackpot of £195 million. The holder will be able to buy 11 Boeing 747 jets, 23 Pisces-VI Submarines, Southampton Football Club or a townhouse in London’s Mayfair. They are richer than Adele. The winner is the 15th UK winner of over £100 million and the fourth lucky Euromillions winner this year.
Winnings ・ 20 July 2022

Record £191m lottery EuroMillions jackpot up for grabs in Friday’s draw. Biggest ever Euromillions winner could be crowned next Friday if they scoop the estimated £190m jack pot. If they match all the numbers in the draw, they would become richer than singer Dua Lipa, who has an estimated net worth of £36m, and actor James Corden, with an estimate networth of around £50m. They would topple the current British record-holders from the top spot, Joe and Jess Thwaite from Gloucester, from who scooped a record £184m Euro Millions prize less than two months ago.
Winnings ・ 06 July 2022

The UK's biggest-ever lottery winner could be crowned on Tuesday when a £186 million EuroMillions jackpot is up for grabs. The winner would be richer than Harry Styles and Adele. Joe and Jess Thwaite from Gloucester scooped a record-breaking £184 million jack pot less than two months ago. There have already been three UK Euromillions’ jackpots winners this year alone. A total of 14 UK National Lottery winners have bagged prizes of more than £100 million so far. Euro Millions players are urged to buy their tickets before 7.
Winnings ・ 04 July 2022

Claim received in UK for £54.9m EuroMillions jackpot. The winner matched all seven numbers to scoop £53,957,242.50 in the draw on Friday June 10. Camelot's senior winners’ adviser Andy Carter is delighted the huge jackpots has been claimed. There is another chance for a big UK winner tomorrow night (Tuesday June 21) when there is an estimated £122m jack pot up for grabs.
Winnings ・ 20 June 2022

£54.9m EuroMillions jackpot remains unclaimed as players urged to check tickets. Winning ticket-holder bought their ticket in a retail store, rather than online. Players have 180 days from the day of the draw to claim their prize if they have the winning ticket. The National Lottery has already seen an anonymous UK winner claim £109 million from draw on February 4 and the biggest-ever National lottery win of £184 million by Joe and Jess Thwaite from Cheltenham on May 10.
Winnings ・ 16 June 2022

The winner of a £54.9m EuroMillions jackpot has been identified. The ticket-holder bought the ticket in a retail store. They have 180 days to claim the prize. The National Lottery has already seen an anonymous UK winner claim £109m from the draw on 4 February and the biggest ever National lottery win of £184m was won by Joe and Jess Thwaite from Cheltenham on 10 May.
Winnings ・ 16 June 2022