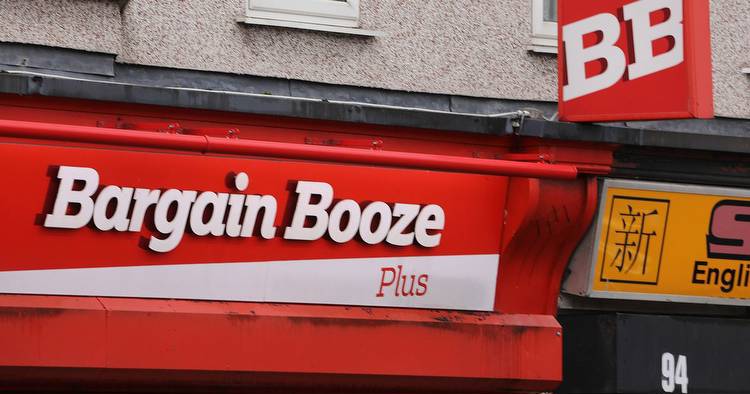 A bizarre letter from a writer claiming to be the winner of the record £195million EuroMillions jackpot added a strange twist to the tale when a small town found itself involved in a rumour.

Residents in Formby say the talk of the town was a rumour that they were responsible for a person winning the life-changing amount in the pan-European Lottery.

However, the 'winner' of the £195m Euromillions claims to have put the rumours to rest in a bizarrely written letter - sent to Bargain Booze no less.

Just a day after the numbers were drawn - on July 20 - a record £195million was claimed by one lucky ticket holder in the UK.

And immediately after the winnings were claimed, the town in Merseyside, was gripped by a rumour that spread like wildfire, reports the Liverpool Echo.

Residents and shopkeepers in the seaside town found themselves embroiled in talk that the winning ticket was bought in their town.

And one employee even went as far to say that they were certain they sold the winner the multi-million-pound ticket.

A shopworker at Bargain Booze told the ECHO the week after the winnings were claimed they were certain of this fact. They said: "I'm sure I sold [the winning ticket]. I remember serving one lad, I looked at the ticket and the numbers just looked right.

"Our boss is on holiday and we haven't heard anything from Camelot about whether we were the ones to sell it."

However, since the chat with the ECHO, the shop has had a bizarre handwritten anonymous letter sent to it, with one person claiming to have pocketed the jackpot with a ticket bought in Scotland rather than Merseyside.

"I don't know where you got the idea that the Euromillions ticket was bought in your shop. I am that winner and bought the ticket in Paisley."

It was then signed off strangely with the words: "Just for the record! Mr J.U."

Camelot said the company could neither confirm nor deny the location of where the jackpot winning ticket was bought.

Search continues for Kent EuroMillions winner from Tonbridge and Malling as player claims huge jackpot. The ticket was bought in the Tonbridges and matches five main numbers and one lucky star number in draw on September 9. Players are urged to check and double-check their tickets in hope the lucky winner of the six-figure pot can be found. They have 180 days to claim their prize if they have the winning ticket. If no one comes forward with the ticket before the deadline, the prize money will go to help National Lottery-funded projects.
Winnings ・ 8 days

The third biggest ever UK National Lottery winner has come forward and claimed a EuroMillions jackpot of £171 million. It is the sixth Euromillions prize won in the UK this year. Five of these were over £100 million and the three biggest-ever National lottery wins were £195 million, £184 million from 10 May and £170 million last Friday. Just over £827 million in Euro Millions prizes have been won by UK ticket-holders this this season. The latest ticket holder has banked the 17th Euro millions winner of over over $100M in UK history.
Winnings ・ 6 days

One lucky ticket holder has come forward to claim the £110,978,200.90 EuroMillions jackpot from the draw on Friday, September 2. The claim for the incredible sum of money needs to be verified and checked by Camelot.
Winnings ・ 26 days

A lucky British ticket holder scooped last night's £110million EuroMillions jackpot. The winning main numbers were 7, 12, 13, 20, 45 and the Lucky Star numbers 03 and 12. It's bigger than the fortune of Harry Styles and Gary Barlow. Only 15 UK players have ever won a jackpots of more than £100million.
Winnings ・ 03 September 2022

£54.9m EuroMillions jackpot remains unclaimed as players urged to check tickets. Winning ticket-holder bought their ticket in a retail store, rather than online. Players have 180 days from the day of the draw to claim their prize if they have the winning ticket. The National Lottery has already seen an anonymous UK winner claim £109 million from draw on February 4 and the biggest-ever National lottery win of £184 million by Joe and Jess Thwaite from Cheltenham on May 10.
Winnings ・ 16 June 2022

The winner of a £54.9m EuroMillions jackpot has been identified. The ticket-holder bought the ticket in a retail store. They have 180 days to claim the prize. The National Lottery has already seen an anonymous UK winner claim £109m from the draw on 4 February and the biggest ever National lottery win of £184m was won by Joe and Jess Thwaite from Cheltenham on 10 May.
Winnings ・ 16 June 2022

The lottery winners for whom the jackpot was a curse

A British winner scooped the huge £184m EuroMillions jackpot on Tuesday night. They are the UK's biggest ever winner. More than 6,000 Brits have won the lottery. Some have spent their windfalls on alcohol, drugs and cars. Others have been left penniless.   John McGuinness won £10m in 1997 but his football club went into administration. Jane Park won a £1m jack pot aged 17. She later threatened to sue, claiming it ruined her life. He invested €4.6m into the club. Now in his 30s, she is a working mum-of-three.
Winnings ・ 12 May 2022

The winner of €30.9 million has not been named yet. He joins an exclusive club of Irish Euromillions winners.
Lottery ・ 14 February 2022

Tonight's draw is a £184 MILLION UK lottery record jackpot; how to buy tickets & what time

No-one has won the top prize of £184m from Tuesday's EuroMillions draw. The prize is the biggest in UK history.
Winnings ・ 15 October 2021

Two lottery prizes remain unclaimed. Camelot is hunting the owner of the Lotto ticket that scooped the £11,165,532 prize. A player has won £1m on their Euromillions ticket. The mystery Lottos winner bought their ticket in a shop, while the EuroMillions winner purchased their winning ticket online. Players have 180 days to claim their prizes. If a ticket worth more than £50,000 is not claimed after two weeks, Camelots will announce the area in which it was bought.
Winnings ・ 20 August 2021

Winning EuroMillions Plus ticket was sold in Arklow Town on the Wexford Road in Wicklow. Quick Pick ticket for the draw was bought at Tesco on June 25th.
Winnings ・ 26 June 2021