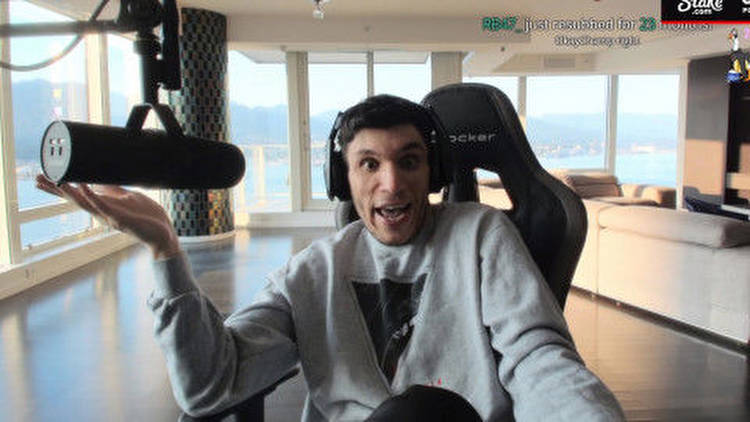 Twitch streamer TrainWrecks claimed in a Tweet on Monday that EA pushed him out of participation in Nick Mercs' upcoming Apex Legends tournament due to his gambling streams on Twitch.

"EA just told Nick Mercs I can't play in his EA-sponsored Apex Tournament because of my gambling streams," Trainwreck claimed.

Trainwreck has come into the spotlight this year, as one of the biggest proponents of gambling streams. Gambling is a huge part of his live streams, and he has also been sponsored by Gambling sites like Stake.com in the past. While he has been an active gambler on stream for years, his defense of streaming on the H3 podcast earlier this year elevated him to being one of the most relevant defenders of gambling on the platform.

In response to Train's announcement, many were quick to point out that EA is well known for their usage of gambling-like mechanics in their games like FIFA, implying that EA is hypocritical for their decision to block Train from the tournament.

Train is not the first player to be pushed out of the Twitch Rivals tournament by EA either. Apex Pro Daltoosh also has been blocked from participating in the tournament for unknown reasons, according to a Tweet from the player that was also confirmed by Nick Mercs on stream, though Mercs didn't go into detail on why EA blocked Daltoosh.

The Twitch Rivals tournament in question is called the MFAM Gauntlet and features a $50,000 cash prize pool.  It was announced in October by the host Nick Mercs himself, and the main event is taking place at the time of writing this article.

THIS IS HOW YOU PLAY BLACKJACK F.T TRAINWRECK 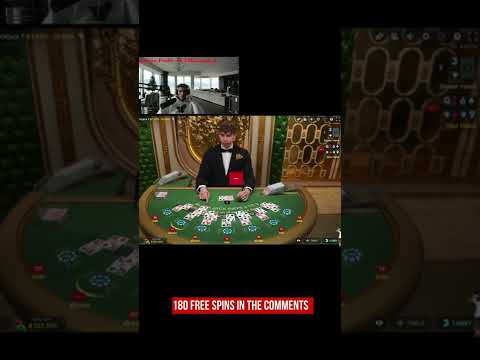 The slots category on Twitch has risen significantly this year with websites like Stake sponsoring content creators to play gambling games. Sponsored gambling streams are a hot-button topic on the platform. Twitch already banned the use of streamer referral codes for gambling websites. Twitch takes any potential harm to its community seriously. It is monitoring gambling content closely. The platform is in the midst of a "deep dive into gambling behavior on twitch". It's possible that gambling on the site could be banned soon.
Gambling Sites ・ 3 days

Felix "xQc" has recently moved back to Canada. He can promote gambling and take sponsorships to gamble on his streams with impugnity in Canada, unlike in the U.S.
Trust and Safety ・ 17 May 2022

Tyler "Trainwreckstv" won $13.95 million on a lucky gamble. He has been playing slots and blackjack full time on his Twitch channel.
Religion ・ 12 March 2022

Trainwreck cautions viewers after winning $8.7 million on Twitch Slots: 'Do not be dumb'

Trainwreck has won $8.7 million on Twitch Slots today. Trainwreck is a popular gambling streamer on the channel. He has made a lot of money from his Twitch games. Train has a partnership with a gambling company. The streamers make upward of $1 million per month.
Winnings ・ 11 February 2022

Tyler 'TrainwreckTV' Niknam won $8.75m in one go on his Twitch Slots stream. He often warns his viewers not to gamble. Train makes around $5m a month from gambling. He was down $12m from betting in January 2022. The amount of money he makes from Twitch is more than $1m per month. It's not sustainable unless he's a big enough streamer. His gambling streams are popular.
Crypto ・ 10 February 2022

Tyler 'Trainwreck' Niknam is a popular Twitch star. He has a partnership with Stake, a bitcoin casino and sports betting company. Trainwreck is making a lot of money from his gambling streams.
Sports ・ 03 February 2022

Tyler 'Trainwreck' Niknam has lost a lot of money gambling on Twitch. He has almost halved the amount he lost, but he still lost $22.9 million. Train thinks it shows the true "reality" of gambling.   in July 2021, Train had lost more than $2 million gambling off stream. In January, he revealed the actual amount lost.
Magic ・ 22 January 2022

Tyler "Trainwreck" Niknam is a popular streamer on Twitch. His gambling streams are sponsored. Imane "Pokimane" Anys is not happy with the fact that the streams make him money. He believes that Trainwreck's viewers lose money on the sites every month. Train wreck claims that his losses are an example of why you shouldn't gamble. Pokimne believes it's not true. He thinks that some viewers might develop gambling problems. It will be interesting to see if gambling streaming will continue to find success on twitch.
Law ・ 23 July 2021

Asmongold calls for Twitch to ban gambling streams on its platform

Asmongold calls for Twitch to ban gambling streams on its platform. Twitch was banned by O2 CZ a day ago. O1 Cz blocked Twitch because a creator played poker on the stream. Many countries have laws against online gambling. Twitch has a dedicated category called Slots. It appears the platform has no problem with hosting gambling content. The platform does not comment on this issue.
Gambling Sites ・ 25 June 2021