Diablo Immortal will NOT Release in the Netherlands and Belgium, as Loot Boxes Violates Gambling Restrictions 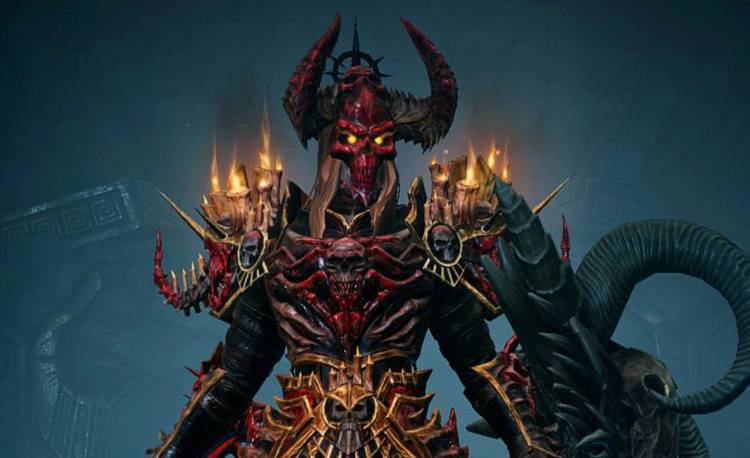 Diablo Immortal is set for a global launch for mobile devices on June 2, with the exception of the Netherlands and Belgium due to the “current operating conditions in these countries.” The loot boxes in the upcoming mobile Diablo game contravene with the Belgian Gaming Commission (BGC) gambling restrictions, which has investigated the microtransactions of several video games in the past.

According to Tweakers, a Dutch news outlet, a communications manager at Activision Blizzard Benelux confirmed this news, as well as reporting that pre-registration ahead of the mobile game’s launch was removed. On the Diablo Immortalsubreddit, a message from a Blizzard support agent was shared by a user revealing the reason. “Unfortunately players in the Netherlands and Belgium will not be able to install Diablo Immortal due to the countries’ gambling restrictions,” it says. “The loot boxes in the game are against the law in your country, so unless gambling restrictions change the game will not be released in the Netherlands and Belgium.” The message further warned against a possible ban if the user tried to “download the game in another country like France.”

With the removal of the game from the Netherlands and Belgium, fans in those regions are left frustrated. This is not the first time Blizzard has run into controversy due to its microtransactions, as fans have expressed concerns that the game will be pay to win. In a February blog post, the publisher reevaluated some of these concerns. “Purchases in our game are completely optional and should not detract from your gameplay experience.” Game Director Wyatt Cheng wrote. Since Blizzard has decided to outright ban their game from these countries, it points to speculation that Blizzard is prioritizing their money grab.

In April 2018, video game loot boxes were declared to be “in violation of gambling legislation” according to a report by the BBC. Loot boxes give random rewards and can be acquired through regular gameplay or real money. Other games that had been subjected to the game restrictions have protected themselves from fines by either removing their loot boxes for players in Belgium or were not sold there at all. One example is seen with EA announcing in 2019 that it would no longer sell FIFA Points in Belgium for real money. In a statement, EA confirmed their compliance but claimed to “not agree with Belgian authorities’ interpretation of the law.” Unlike with Diablo Immortal, EA went around this law in order to keep its game available to fans. “We strongly believe that our games are developed and implemented ethically and lawfully around the world, and take these responsibilities very seriously,” a spokesperson with EA Sports responded, according to a report done by gamesindustry.biz.

In the same year, Blizzard had announced that paid loot boxes will be removed from Overwatch and Heroes of the Storm. “While we at Blizzard were surprised by this conclusion and do not share the same opinion, we have decided to comply with their interpretation of Belgian law,” the company had stated. “As a result, we have no choice but to implement measures that will prevent Overwatch and Heroes of the Storm players located in Belgium from purchasing in-game loot boxes and loot chests with real money and gems”. This opinion appears to stand, though will not be circumvented as Diablo Immortal remains blocked from Belgium and the Netherlands within less than a week of its launch date.

@_Greentube grows presence in #Netherlands and #Belgium through #Carousel deal Greentube has taken its games catalogue live in the regulated Dutch and Belgian markets with and .

Greentube grows presence in Netherlands and Belgium through Carousel deal

Endorphina, the leading online slots game developer, has partnered with PepperMill Casino. Peppermill Casino has a great influence in Belgium and the Netherlands.
Software ・ 15 July 2022

AstroPay launched its flagship global affiliate programme to provide revenue generating opportunities to individuals and businesses. The programme offers up to 20% revenue share compensation and multilingual assistance. It will be available across countries in Asia, Africa, Latin America and Europe.  Leonardo Alonso, head of affiliates at AstroPay, is excited to see the new programme go live today.
Industry ・ 4 days

Twitch has been letting people gamble on livestreams for more than a decade. Pressure is mounting on the platform to ban it entirely. Popular streamers like Felix “xQc” Lengyel have hosted streams that advertise gambling. xQC doesn't think it will happen because it's a feature in games like Apex Legends, Overwatch, Counter-Strike and FIFA 22. He also points out that Twitch can't ban gambling while Apex, and other games with gambling elements are allowed.
Sports ・ 5 days

Greentube enhances market presence in Netherlands and Belgium with Circus

Greentube has launched its gaming catalog in the Dutch and Belgian online casino markets with Carousel.be and 711.nl.
Strategy Guide ・ 19 days

Loot boxes are a new way of keeping people engaged in video games. They are similar to gambling. Belgium and Netherlands have banned them. They can cause addiction. It is not a good idea to use them for children. The problem is that they are not meant for adults. If a game like hot drop jackpots can change a false sense of winning into a sense to win, loot boxes can do the same.
Games ・ 22 days

UK government won't try to regulate loot boxes in video games as part of the Gambling Act Review. Loot boxes were banned in Belgium and the Netherlands, but the courts have ruled that they are not gambling. Call of Duty, FIFA, Counter-Strike and many others use lootboxes to generate microtransactions to maintain engagement and generate a healthy income for the developers and publishers.
Law ・ 29 days

As regulation heats up, will gaming studios’ gamble on loot boxes pay off?

Microtransactions are a lucrative source of revenue for gaming companies. The market is estimated to be worth $60 billion in 2021 and $106 billion by 2026. Microtransaction are often offered as in-game collectibles, currencies or chance-based loot boxes. Loot boxes have been criticized for being predatory and introducing minors an avenue to gambling.
Law ・ 17 July 2022

Even politicians are involved in online gaming. Some politicians use gaming as a platform to reach out to voters and connect with the public. Not all politicians play games for the same reason or in the the right way. Texas Senator Ted Cruz is a gamer. He has recently expressed his opinion on microtransactions in video games.
Law ・ 22 June 2022

Diablo Immortal Has Made $AU34.6 Million In The Two Weeks

Diablo Immortal has made $AU34.6 million in its first two weeks since launch. US and South Korea account for 43% of all transactions. The game has been criticized for its microtransactions. It's aimed at Asian markets. Blizzard partnered with Chinese developer NetEase. It is based on the popular mobile Diablo clone Crusaders of Light. Its Metacritic user score has dropped to an all-time low. Some players feel the game's real-money transactions to character power is a pay-to-win scenario.
Top and Best ・ 20 June 2022

Gambling is a part of the Diablo franchise. In Diablo Immortal, you can gamble for a chance to obtain a powerful legendary item.
Strategy Guide ・ 05 June 2022

Belgium and the Netherlands are not going to play Diablo Immortal because of gambling restrictions. The game is launching on Thursday, June 2. The new Diablo is said to have loot boxes, which are said by Activision Blizzard to be a part of the experience. Since 2018, both countries have banned games that use lootboxes. EA won a legal battle over the issue. A €10 million fine over FIFA loot box was overturned by a Dutch court. In the UK, there are calls to regulate lootbox games and classify them as gambling.
Law ・ 31 May 2022

Today, due to the Xbox network failure, a large number of users encountered network interruption problems. Microsoft has confirmed that the platform is having some issues with the cloud capabilities it offers Xbox Network users. After nearly 7 hours of consistent work, the service is back online.
Innovation ・ 08 May 2022

Microsoft is entering the gaming industry. Online video games are now a focal point in the industry, as the array of top-notch consoles leaves no doubt.
Industry ・ 15 February 2022

SYNOT Games has released its first dice collection in Belgium. The studio has met the local gaming legislation. The games are 81 Dice Awards, Respin Joker Dice or Book of Secrets Dice. They are available in English and in German.
Law ・ 20 December 2021

How Gambling is Making Its Way Into Your Favorite Video Games

Gambling is getting bigger each year. It's already found in some video games like Red Dead Online and GTA V. GTA has adult-only gameplay. People can play real money games on 10CRIC app. For those who don't want to spend money, they go for simulated casino games. Playing casino gaming is now labelled as social casino game. Social casino is a gateway to gambling. Loot boxes are also becoming an issue in many countries. They allow players to gain in-game items like character skins, weapons, team cards, and many more. Some countries are considering whether they should be considered gambling in video game games, like the UK, Germany, Belgium, or China.
Games ・ 12 August 2021

Japan, China, the Netherlands, Germany and Belgium have taken some form of action against so-called video game "loot boxes". Brazil recently launched an inquiry that proposes banning them. The main concern with loot boxes is their accessibility to young gamers. University of Tasmania researcher Jim Sauer says Australia's response to the issue has been to shrug its shoulders. There is speculation that loot box use may be linked to future gambling. There's also a lack of evidence around the possible long-term harm of children being exposed to video games lootboxes.
Games ・ 10 August 2021

Belgium is expected to cut weekly gambling deposit limits by 60%. Online gamblers would only be able to deposit €200 per week per website.
Gaming Authorities ・ 26 July 2021

There is pressure on game developers about loop boxes used in video games.
Law ・ 05 July 2021

10 European Countries Where You Can Play Online Casino Games

The rules governing online casino gaming are not the same around the world. Some countries are fairly lenient when it comes to casino games, while others can be pretty strict. We have put together a guide on 10 European countries that don't look down on online casinos.
Games ・ 07 July 2021