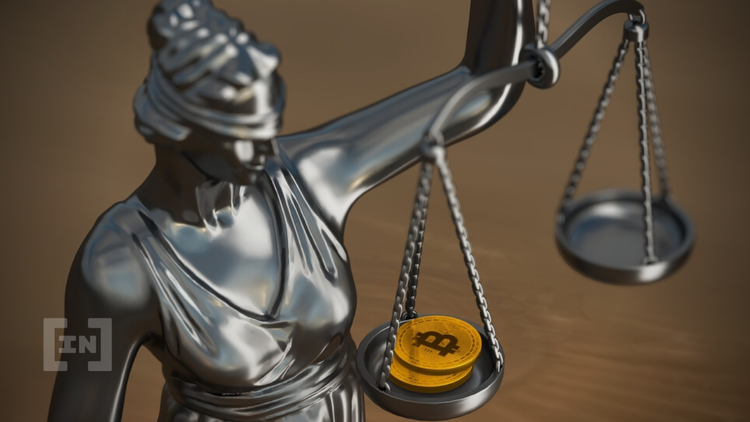 Cryptocurrency casino and betting platform Stake.com is facing a $400 million lawsuit from a former associate. The lawsuit alleges that the associate was cut out from participating in the creation of the site.

Stake.com, a cryptocurrency casino and sporting betting platform, is facing a $400 million lawsuit, as a former associate is alleging that he was misled into not participating in the formation of Stake.com. Christopher Freeman filed the lawsuit in the Southern District of New York and is seeking punitive damages and payment for his investment in the company that preceded Stake.com.

The court complaint says that Freeman was a friend of co-founder Bijan Tehrani and that both of them had decided to set up a casino business called Primedice. Freeman claims that he had a 20% stake in Primedice, with co-founders Tehrani and Ed Craven having 40% each.

He said that his holdings had been dropped to 14% as his initial stake had been reduced to reward members of the development team. Freeman alleged that he was discouraged from joining Stake.com, after having suggested that a cryptocurrency casino would be successful. It goes on to say that his Primedice account was blocked and never returned.

Stake.com has denied any of the allegations, saying that it was “internally inconsistent, intentionally misleading, and provably false.” The founders believe that the court will dismiss the case.

Stake.com has also run into some trouble with the English football club Everton FC. The club told Stake.com, which is its sponsor, to stop using its imagery in an international promotion offer that gives a free $10 bet to anyone who wagers $5,000 in the space of a week. The decision comes as football fans and campaign groups criticize the scheme. 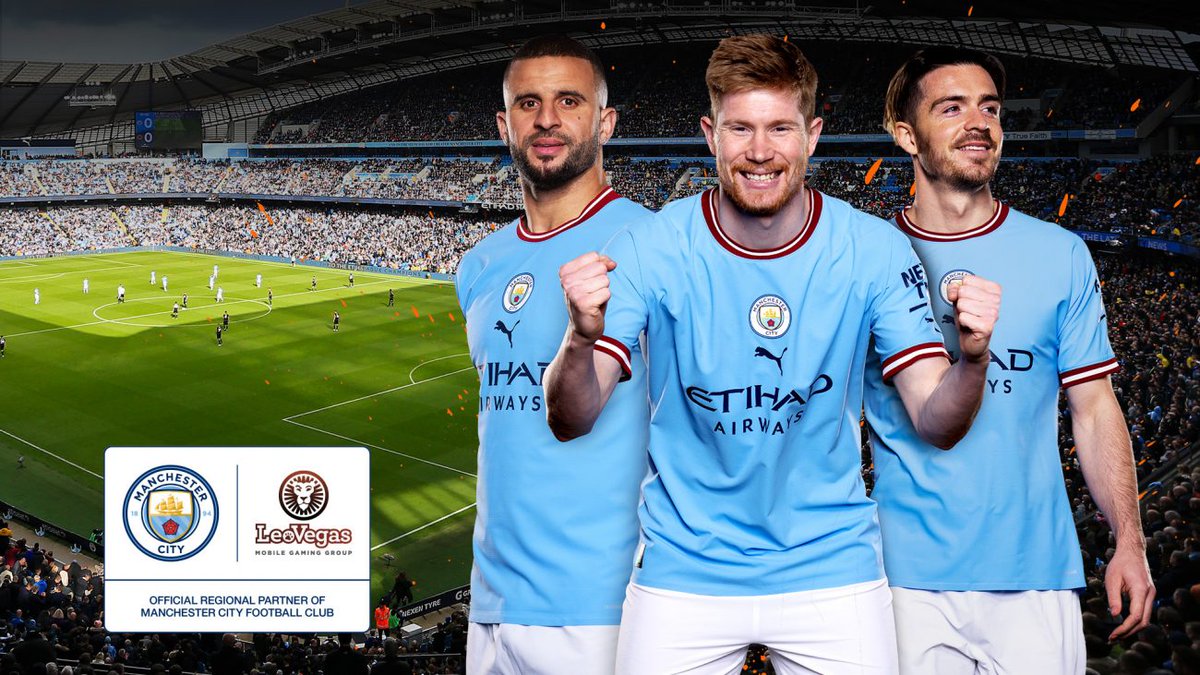 The Amazon-owned livestreaming platform will bar videos of gambling sites not licensed in the US. The ban includes cryptocurrency gambling websites such as Stake.com based on the Caribbean island of Curacao. It will take effect from 18 October 2022.
Roulette ・ 6 days

There was a ban on streamers sharing promo codes or links to promote the likes of dice games, roulette, and slots since August 2021. Twitch has seen that some people circumvent these rules and expose their community to potential harm.
Law ・ 6 days

Amazon-owned Twitch is set to ban certain crypto gambling live streams. The ban will come into effect on 18 October. Twitch will continue to allow live streaming of sports betting, fantasy sports, and poker. Stake.com, Rollbit, Duelbits. com and Rollbits are among the sites that will be banned.
Crypto ・ 6 days

Twitch will ban unlicensed gambling content from its live-streaming platform. The ban takes effect on October 18th. Sports betting, fantasy sports and poker will continue to be allowed on the platform, but some of the top streamers are calling for a boycott. "Slots" is the tenth most-watched game on Twitch. One of its streamer accused of scamming fans out of $200,000 to fund his gambling addiction. He left the service last May.
Sports ・ 6 days

Twitch will ban streams featuring online casinos with Australian ties. Stake.com, Rollbit. com, Duelbits.co.uk, Roobet.org and others will be banned from October 18. The platform is a hub for online casino streamers. Easygo, the company behind Stakes, has more than 6 million clients worldwide. iReport.ca is the latest to express their opinion on the matter. They are concerned about the potential dangers of online gambling. It is also concerned that young viewers could be exposed to gambling-related harms.
Crypto ・ 7 days

BGaming and Stake launch Wild West Bonanza, an online slot game powered by player analytics data. It is the third custom title created with Stakes' platform exclusively for its registered players. Staks is proud of its Originals games. The game is built on BGaming’s refilling reels mechanic and designed with slot streamers in mind.
Industry ・ 11 days

Stake.com is a crypto gambling website that sponsors Everton. Christopher Freeman, a former business partner of the company's owners, claims he was bullied out of it. Stake is one of fastest-growing websites of its kind.
Gambling Sites ・ 24 days

Former partner of Stake.com is suing the creators of the largest bitcoin casino in the world for $US400 million in damages. Ed Craven and Bijan Tehrani, who just bought the most expensive home in Melbourne, call the lawsuit "utterly frivolous" and "provably false".
Crypto ・ 26 days

The most played crypto games at Stake.com

The most played crypto games at Stake.com are Plinko and Starburst. Stakes Casino offers more than 2,400 games, including more that 2.000 slots and live dealer games. The estimated revenue in the gambling sector worldwide is just under 60 billion US dollars in 2019.
Crypto ・ 27 August 2022

Aussie crypto casino Stake strikes record sponsorship deal with Everton FC. Stakes is one of the biggest online casinos in the world, handling over $US100 billion in bets. The club is also in financial strife in part due to losing a host of sponsors linked to Uzbek billionaire Alisher Usmanov. Stase was the main jersey sponsor for Watford FC before the club was relegated to English Football League Championship after 25 consecutive losses. Everton exercised its option to cancel its main jerseys sponsorship with UK car dealer Cazoo.
Crypto ・ 20 June 2022

THE BEST UK CRYPTO CASINOS IN 2022

The CryptoMode guide will help you to find and choose the best online casino where you can make deposits using your cryptocurrency.
Crypto ・ 31 May 2022

Drake Gives Away $1 Million On Twitch During Online Casino Run

Drake has been working with Stake.com for the last few months. He has given away 35 Bitcoins during a live stream on Twitch. It was the first time Drake streamed on the platform with his crypto partners. Drake will return to the Twitch platform later this year to give away more Bitcoin.
Religion ・ 29 May 2022

Stake.com and Pragmatic Play Partner for a Live Casino Studio

Pragmatic Play and Stake.com will work together to create a live dealer gaming studio for online casinos. Pragmatik Play is a leading developer and supplier of casino software. Stakes. com is the biggest cryptocurrency gambling and betting website.
Live Gambling ・ 24 May 2022

Stake.com to Partner with Pragmatic Play to Create a Dedicated Live Studio

Stake.com and Pragmatic Play have partnered to create a dedicated live casino gambling studio. Pragsmatic play is a successful software developing company. Stakecom is one of the best crypto gambling sites in the world.
Industry ・ 12 May 2022

Easygo Gaming is a successful start-up based in Melbourne. The founders of Easygo are behind Stake.com, the world's biggest online cryptocurrency casino. St.ake is also the shirt sponsor of Watford. It is registered and licensed in Curacao and operates from Australia. Anti-gambling advocates are concerned about the operation. Online casinos have been banned in Australia for more than 20 years. It's legal to operate an online casino from the country as long as it does not serve people in the Australia or advertise here. Some of the games Easygos develop are casino games for Stakes.
Crypto ・ 10 December 2021

Stake is a Curacao licensed online casino that was founded back in 2017. It is owned and operated by a brand that doesn't seem to operate any other online casinos. The casino has a large and growing memberbase.
Bonuses ・ 19 January 2021