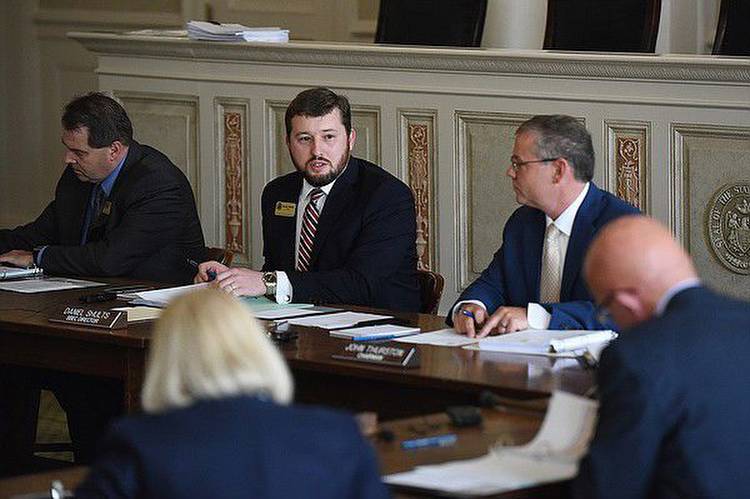 The Arkansas Board of Election Commissioners on Wednesday voted to decline to certify the ballot title for a proposed constitutional amendment aimed at removing Pope County as a state-licensed casino site.

In declining to certify the ballot title, some commissioners said it lacked a reference to the existing license held by Cherokee Nation Businesses for the casino site.

The state Board of Election Commissioners' action came after the board heard approximately an hour of testimony for and against the proposed ballot measure's popular name and ballot title.

Afterward, a spokesman for the Fair Play Arkansas 2022 committee that proposed the constitutional amendment said the group is disappointed with the board's decision and will review its options.

Dustin McDaniel, the legal counsel for Cherokee Nation Businesses, said the casino operator agrees with the election commissioners' decision and appreciates their “thoughtful and diligent service.”

“We assume Fair Play will petition the Supreme Court to review this decision and we will intervene to assist the Attorney General’s office in defending it,” McDaniel added.

Act 376 of 2019 shifted the responsibility for certifying a proposed ballot measure's popular name and ballot title from the attorney general to the state Board of Election Commissioners.

Certification of a proposed ballot measure's popular name and ballot title is one of the two requirements under state law for a ballot proposal to get on the general election ballot. The other requirement is for the secretary of state to certify that the sponsor has submitted the required number of valid signatures of registered voters on petitions.

More than three weeks ago, the Fair Play for Arkansas 2022 committee said it turned in 103,096 signatures in its attempt to qualify its proposed measure for the ballot.

The secretary of state's office hasn't yet announced whether the committee has qualified its proposal ballot or a 30-day cure period to collect more signatures based on the signatures submitted.

Amendment 100 to the Arkansas Constitution — approved by voters in November 2018 — authorizes the state Racing Commission to issue four casino licenses.

The licenses are authorized for expanding gambling operations at Oaklawn Racing and Gaming in Hot Springs and Southland Casino Racing in West Memphis, and for casinos in Jefferson and Pope counties with the endorsement of local officials.

This story has been updated with the response from Cherokee Nation Businesses. It was originally published at 4:36 p.m. 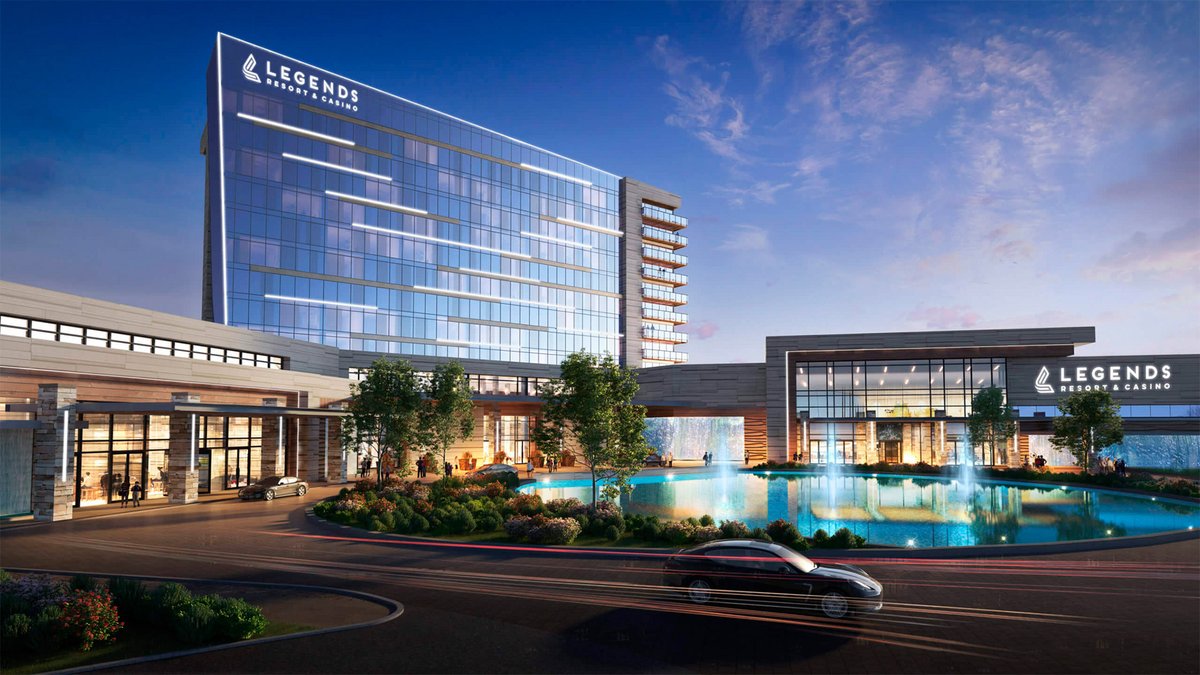 Despite possibility of repeal on the Arkansas ballot, Pope County casino plan advances

The Fair Play for Arkansas 2022 committee raised $1.2 million in June. The majority of expenditures for the committee went to a canvassing service based out of Denver. Cherokee Nation Businesses contributed $50,000 to the Arkansas Tourism Alliance's ballot committee that opposes Fair play's proposed constitutional amendment. Pope County casino license was given to Cherokee in November. Amendment 100 to Arkansas Constitution authorizes the state Racing Commission to issue four casino licenses. Casinos are currently operating in Hot Springs, Pine Bluff and West Memphis.
Politics ・ 20 days

Petition to exclude Pope County, Arkansas, from being an Arkansas casino site has been submitted to the Secretary of State John Thurston for review. If it passes, the state's voters will decide whether all the effort and money spent to secure a license will be a futile endeavor.
Law ・ 26 days

Fair Play for Arkansas has 100,000 signatures on its proposed constitutional amendment to repeal the legalization of a casino permit in Pope County. The number represents 11,00 more than the signatures required. All the qualifying voters are registered registered voters and distributed among 15 counties. Fair Play is calling for the state to investigate the Arkansas Tourism Alliance for potential petition fraud. The alliance has about $1.1 million from the Cherokee Nation to fight the Fair play repeal. If the repeal hits the ballot there will be a jackpot in TV advertising from both sides.
Law ・ 27 days

Pope County casino repeal campaign reports meeting first hurdle to get on ballot. Stiffened state law requires 75 percent of the required signatures and 75% of counties to qualify for a period to cure a shortage. The group's news release denounced the effort financed by the Cherokee Nation. Cherokee tribe won a permit to open a casino in Pope County but is awaiting completion of court cases.
Travel ・ 09 July 2022

Lawsuit filed over casino license for Pope County, contending Cherokee firm lacks experience. John "Cliff" Goodin wants a temporary restraining order to stop any movement on a casino in Pope. Legends Resort and Casino was granted a gambling license last month. The company has no gambling experience as required under the state constitutional amendment. The amendment allows casinos inPope and Jefferson counties as well as at the established race tracks in Hot Springs and West Memphis. It also allows the Racing Commission to issue the license.
Law ・ 09 December 2021

Arkansas Democrat-Gazette raised questions about the lack of funding for the problem gambling programs. The Racing Commission is working to meet the constitutional requirement. In 2015, Hutchinson signed legislation to eliminate the Arkansas Scholarship Lottery's $200,000-a-year contribution to compulsive-gambling treatment and education programs, increasing the amount of money available for scholarships. Former Lotteries Commissioner Smokey Campbell complained about payments to the Higher Education Department and to Legislative Audit. Lobbyist Bruce Hawkins is going to put together a proposal for Racing commission concerning the Problem Gambling Hotline required by Amendment 100.
Finance ・ 03 December 2021

Arkansas Racing Commission grants a casino license to Cherokee Nation Businesses to build Legends Resort and Casino near Russellville. The Cherokees plan to construct a $225 million casino and resort with 1,100 slot machines, 32 table games and 200 hotel rooms. It's been a long and complicated process. The Arkansas Supreme Court ruled to nullify the license awarded previously to Gulfside Casino Partnership. A previous judge ruled that the commission rule and state law required letters of endorsements for casino licenses to come from local officials at the time the application is submitted.
Politics ・ 13 November 2021

Gulfside Casino Partnership's winning bid to operate a $254 million casino resort in Pope County, Arkansas was invalidated by the state's highest court. The winning candidate's proposal to the Arkansas Racing Commission had a letter of support signed by Pope county judge Jim Ed Gibson just a few days before his term expired at the end of 2018.
Industry ・ 25 October 2021

A special meeting of the Pope County Quorum Court is set for 5:30 p.m. today in Russellville to vote on a resolution of disapproval against Ben Cross, county judge of Pope county.
Travel ・ 21 August 2021

Group wants casino kept out of Pope County. They are collecting signatures to place it on the November 2022 ballot. Amendment 100 was approved by voters in 2018 to authorize the expansion of gambling operations at racetracks in Hot Springs and West Memphis into full-fledged casinos. The question of which company should be awarded the Pope county casino license has been contentious for years. The debate surrounding the potential ownership of the casino licence between Gulfside Casino Partnership and Cherokee Nation Businesses is still ongoing.
Law ・ 16 July 2021

Oaklawn Racing Casino and Resort in Hot Springs is officially a casino. It's a big day at the casino as it's officially called a legal casino and it debuts live craps and blackjack tables. The next big thing they're getting ready for is a sportsbook. They hope to offer sports wagering within the next 30 days. In May, they'll break ground on their expansion, including 28,000 square feet of additional gaming and a 200 room hotel with a pool.
Craps ・ 29 January 2022

Saracen Casino Resort in Arkansas is the only one with a good improvement in sportsbook handle. The Southland Casino lost $236,000 in May. Oaklawn Casino registered a handle of $873841 in April and $901475 in the May, but its profit for May was $97179 less than that of April, $172062. The interstate 40 bridge linking Arkansas and Tennessee at Memphis was closed, which slowed down the commerce in West Memphis. It might be the reason for the low profit at the southland casino.
Travel ・ 19 June 2021