His leadership comes in a period of flux for UK gambling policy. A review of the 2005 Gambling Act is currently underway, with a white paper widely expected to be released in the coming months.

Collins is the fourth minister to lead the review since it began – Philp took over from John Wittingdale, who himself replaced Nigel Huddleston. However, he is the first minister responsible for the review appointed during new prime minister Liz Truss’ premiership.

There are rumours that the new Truss-led government intends to completely abandon all efforts at gambling reform, as outlined in reports last week.

Besides the Gambling Act review, the lottery sector is also undergoing a shake-up, with the Gambling Commission announcing just days ago that the fourth National Lottery licence had been formally awarded to new applicant Allwyn. Allwyn succeeded the previous holder Camelot, which had held the licence since the lottery’s inception in 1994.

Commenting on the announcement, industry trade group the Betting and Gaming Council (BGC) tweeted: “Many congratulations to Damian Collins who continues his vital role at DCMS – this appointment is thoroughly deserved and we wish the minister every success.”

The chairman of the organisation, Michael Dugher, additionally tweeted a short message of congratulations.

Collins will work under new secretary of state for DCMS Michelle Donelan. Before coming into that role, Donelan had long been a critic of the industry.

Since the 2010 general election Collins has been member of parliament for Folkestone and Hythe and chairs the joint committee on the draft online safety bill. From 2016-19 he also chaired the House of Commons DCMS select committee.

#InTheSpotlightFGN - Damian Collins to remain responsible for gambling in new #UK government The DCMS has confirmed that Damian Collins will remain in his position as parliamentary under-secretary for tech and the digital economy. 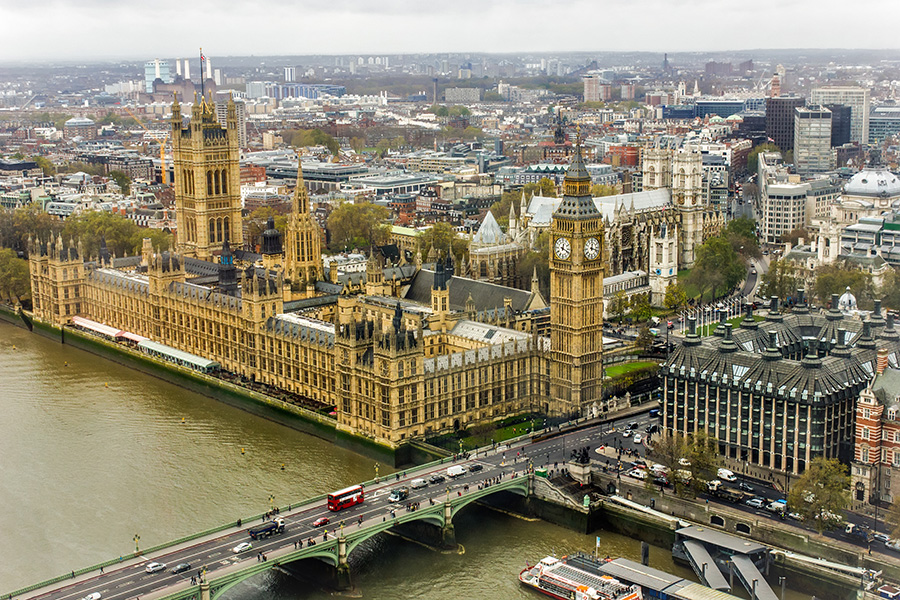 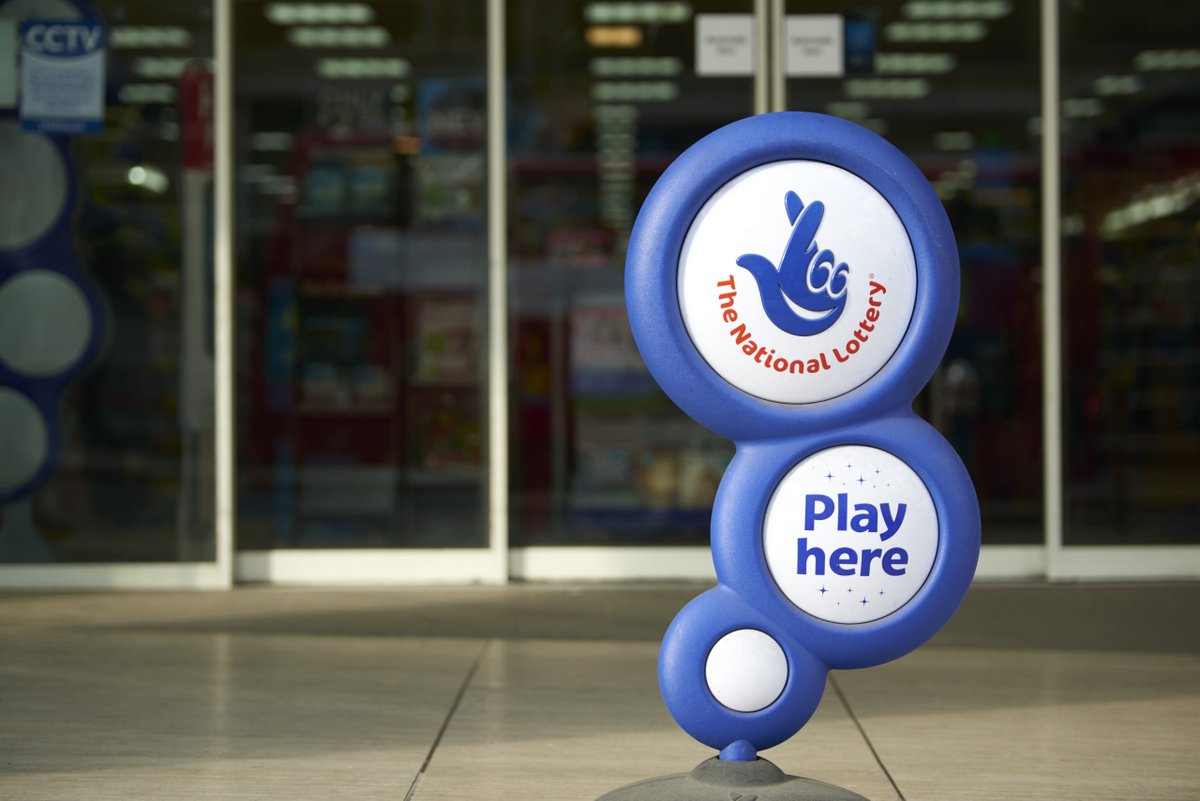 Allwyn Entertainment Ltd has been awarded the Fourth National Lottery Licence to operate the National lottery for a decade starting February 1, 2024. Allwyn will focus on the protection of all participants and on improving the player experience. Allyn has opened an office in Watford to work near the heart of the current operations. Sir Keith Mills, bid chair during the competition, is looking forward to working with Allyng to manage the transition. He is proud to be taking on responsibility for growing the lottery over the next ten years. The money allocated to UK good causes is expected to more than double.
Gaming Authorities ・ 14 days

The government reorganization has caused uncertainty for UK gambling reform. Liz Truss was appointed as Prime Minister on Monday. Michelle Donelan, a supporter of gambling reforms, will be brought into the government.
Law ・ 28 days

Allwyn has been selected by the Gambling Commission to take over the UK National Lottery Licence. Camelot immediately appealed the decision and pursued legal action against Allwyn and the Commission. Allyn has now withdrawn its legal challenge and waives any costs incurred by Camelots.
Lottery ・ 29 days

Turmoil at No 10 signals further delays for gambling review

Turmoil at No 10 signals further delays for gambling review. Chris Philp steps down as Minister for Tech and Digital. The review of the Gambling Act 2005 was expected in the Spring, but has been delayed several times. Under-Secretary Nigel Huddleston claims the review is still set to be published in coming weeks. DCMS was also expected to make a decision regarding gambling firm sponsorship in Premier League football.
Law ・ 07 July 2022

Philp resigned as UK Gambling Minister. He cited a lack of confidence in Boris Johnson as the reason for his departure. A white paper on the G gambling act is expected imminently. It has been sent to Johnson's office for final approval.
Law ・ 07 July 2022

The upcoming ‘white paper’ review of the nation's gambling laws will look to target online casino and slot games. Chris Philp, Parliamentary Under-Secretary of State for Tech and the Digital Economy, said this during a committee meeting of Department for Digital, Culture, Media and Sport.
Sports ・ 06 July 2022

Online casinos and slots will be the focus of the upcoming White Paper, according to Gambling Minister Chris Philp. PhilP also told MPs any potential damage payment to Camelot would affect money for good causes.
Lottery ・ 05 July 2022

UK Gambling Minister Chris Philphas hints online gaming is a likely target of upcoming White Paper. National Lottery is the biggest form of gambling in terms of gross yield, totaling about £4 billion ($4.1 billion) yearly. About 30% of the population played the lottery in any given month. Kevin Brennan (Labour, Cardiff West) asked Philp about the use of credit cards in gambling. Philps' answer was considered incomplete and he offered to write to the committee with the precise answer. He said that credit card use is allowed for some forms of betting and not for others.
Law ・ 05 July 2022

The Gambling Act Review is being finalized. The white paper was issued by DCMS this week. It is expected to be published next week, but DC MS says it won't be. This pushes the release date into July. iGB in March, Nigel Huddleston told parliament that the white document was being ‘finalised’. In the initial call for evidence, DCms asked questions about topics such as stake limits, affordability checks and universal deposit limits.
Law ・ 23 June 2022

Camelot will cease to exist if it loses National Lottery licence, it claims to High Court

Camelot UK Ltd. is challenging the Gambling Commission's decision to give the fourth national lottery licence to Allwyn Entertainment. The company is based in the Czech Republic, Austria, Italy, Greece and Cyprus. It is Europe's largest lottery operator and has already fought off three competitors to operate the draw. The High Court will hear the case in two days. If the ban is lifted, Allyn Entertainment can go ahead with its plan to take over the lottery by February 2024. Two other companies have also filed claims against the commission. They are Camelot Global and IGT, who provide the technology for the National Lottery licence.
Lottery ・ 11 May 2022

Camelot has been running the National Lottery since 1994. The Gambling Commission wants to issue Allwyn Entertainment with a 10-year licence to take over the lottery. Camelot is challenging the decision in the High Court. Allyn Entertainment is owned by a billionaire Karel Komarek. It was selected as the preferred bidder for the country's biggest public sector contract on February 25 this year. The fourth National lottery licence period begins in February 2024. A stay on the application is currently in place.
Lottery ・ 09 May 2022

Camelot will lose its licence to operate the National Lottery after almost 30 years. Czech lottery operator Allwyn is the preferred applicant to take over the venture in 2024. The company has pledged to more than double donations to good causes to £38billion over next decade. It is owned by Karel Komarek, who has been accused of having links with Russian-state energy giant Gazprom. Camelot has operated the lottery since its launch in 1994. The first draw was presented by Noel Edmonds. More than 20 million people watched the first National lottery draw.
Lottery ・ 15 March 2022

Allwyn Entertainment will take over the National Lottery from February 2024. The company has pledged to double charitable donations to £38billion over next decade and slash ticket prices to just £1. Its owner, oil tycoon Karel Komarek, 53, has previously faced scrutiny over his links with Russian-state energy giant Gazprom. His company MND formed a joint venture with Gaz Prom to build an underground gas storage facility in his home country.
Lottery ・ 16 days

UK Gambling Minister Chris Philp is concerned with "extremely troubling practices" from some of the market's gambling operators. He is also concerned about the progress made with the government's review of G gambling law.
Law ・ 07 January 2022

The long-awaited white paper on gambling reform is due for publication later this year. It will set out the intentions for a new Gambling Bill to be presented to parliament in 2022. The regulations to enforce them are expected to include the biggest changes since the 2005 G gambling Act. Chris Philp has replaced John Whittingdale as the new head of the Department for Culture, Media and Sport. Whittall was seen to favour soft-touch regulation. PhilP campaigned for stricter regulation of Fixed Odds Betting Terminals.
Law ・ 07 October 2021