Casino Games Through History: From Rudimentary Beginnings to Real-time Gaming 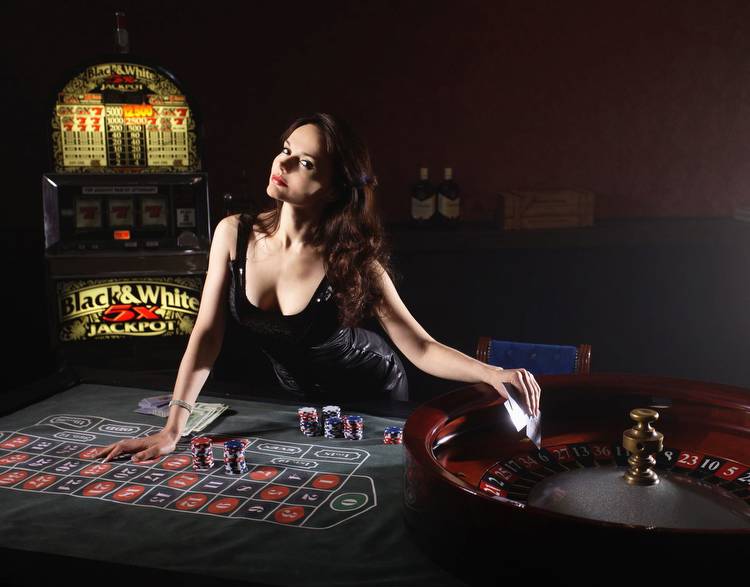 One of the most beloved pastimes in the world, gambling has also swept the internet, with the iGaming industry recording some of the greatest growth rates ever over the past two years.

More people turned to online gambling as a new form of online entertainment while we stayed indoors as a result of global events, and iGaming companies reported a rise in the number of new and returning customers.

In 2021, as the number of online casinos increased to an all-time high, the chance to play casino favorites like roulette, blackjack, poker, and even game shows drew online gamblers from all over the world, making online gambling one of the most significant online activities.

iGaming is today acknowledged as a crucial part of the internet entertainment industry, despite once being perceived as a shady industry.

It’s also obvious that one of the entertainment sectors that gained the most from recent technological improvements was the iGaming industry.

What began as straightforward games with crude graphics on MS-DOS has developed into intricate platforms with a wide range of gambling options and visuals that simulate a real casino.

The industry has undergone a dramatic transformation as a result of the rise of mobile gaming and the advent of technologies like live streaming and virtual reality.

Because innovators like Microgaming and operators like STS Bet pushed the edge to give us better gameplay and safer platforms, we can now play our favorite casino games and even enjoy real-time gaming through live streaming anytime we want.

In this piece, we’ll look at a brief history of casino gambling, from its earliest iterations on MS-DOS through the first online casinos and, ultimately, all the innovations the twenty-first century has to offer.

The Microsoft Disk Operating System, or MS-DOS, was introduced about 40 years ago, although it may be difficult to grasp.

For youngsters born in the 1980s and 1990s, the mere mention of MS-DOS gaming could trigger a flood of nostalgia, especially for all the fantastic games we used to play.

Back then, MS-DOS games were the real deal, with games like Prince of Persia, Wolfenstein, and a host of others.

Herein lies the origin of the earliest casino video games. The only gaming possibilities were slots and a few card games, despite the fact that there were many choices, like Caesars Palace and Vegas Gambler. Additionally, the images and sound effects were still primitive.

With the launch of two MS-DOS games bearing the names of his hotel-casino in Atlantic City, even Donald Trump tried his luck at casino video games: Trump Castle: The Ultimate Casino Gambling Simulation and Trump Castle 2.

Although casino video games improved in visuals and playability with the advent of more powerful operating systems like Windows and Mac OS, there was still no money involved since, at the time, financial transactions through computers were not possible. Only with the development of the Internet would there be significant changes.

The Emergence of Online Gambling

Online casinos emerged during the early 1990s internet boom thanks to platforms created by two industry pioneers: the cutting-edge online gambling software from Microgaming and the infrastructure for online casino money transfers from CryptoLogic.

Together, these two companies created InterCasino, widely recognized as the first internet casino. Following that, a ton of new online casinos appeared, and by the end of 1996, there were around 15 gaming sites with a casino theme.

The game selection was still constrained at the time due to technology restrictions, with the majority of operators just providing slot games.

The development of new games, improved visuals, and improved gameplay became the emphasis of iGaming developers and operators as personal computers became more efficient machines and internet connections got faster.

Therefore, new casino games were quickly developed, including roulette and blackjack, and by 1997, there were more than 200 online casinos with a wide variety of games.

Due to the advent of the HTML5 programming language in the late 2000s, which enabled programmers to design new codes that could be used on a number of platforms and devices, iGaming operators started offering these games on desktop and mobile devices.

Most online casinos today support mobile devices, and some even have applications for iOS and Android smartphones and tablets.

However, playing live games is currently one of the most alluring aspects of online casinos. Live dealer games, as opposed to standard online casino games, which merely rely on random number generators, are managed and run by trained dealers and streamed in real-time to players from physical casinos or upscale studios.

This trend was made possible by the rising use of streaming services and technology in the early 2010s since live dealer games fundamentally changed how we play classic casino games online.

Instead of only observing automatic action, we may now take part in live games like roulette, blackjack, or even game shows like Deal or No Deal and Mega Wheel and interact with the dealer and other players.

Live dealer casinos are a fun way to play casino games in real-time over the internet. Online casino operators have gaming studios they use with real table games and dealers. The game studio uses streaming services of the game in real-time

The majority of internet traffic now stems from mobile devices. As such it is crucial for #iGaming operators to have a platform and product offering that is designed for mobile users. Read to learn more about the importance of mobile-first in iGaming

Vivo Gaming is pleased to offer the highly popular card game, Teen Patti, with English-speaking dealers. For more information on this or any of our Live Dealer games please go to 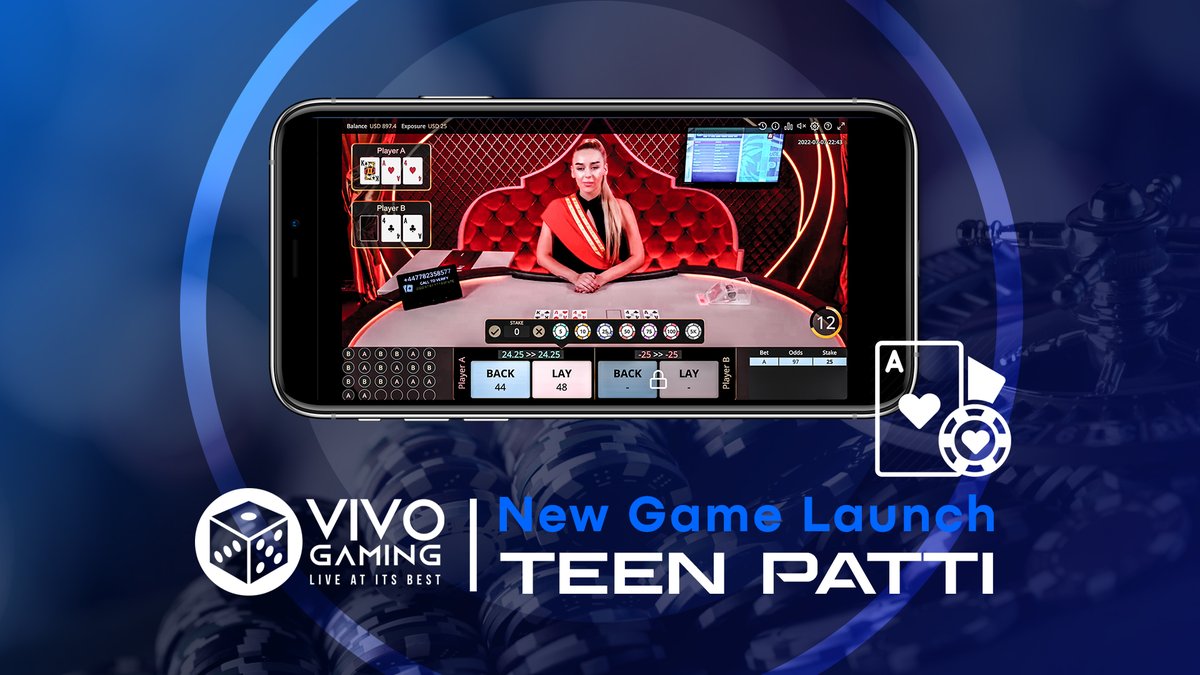 How Smartphones Have Propelled the Casino Market to Success

In 2020, online gambling revenues reached an all-time high of $466 billion. Smartphones have helped the casino industry grow. In Finland, players can still enjoy a wide range of online casino games like blackjack and poker on platforms like ahti games.
Mobile ・ 16 July 2022

A Brief History Of Online Gambling

The history of online casinos dates back to 1994 in Antigua and Barbuda. Online gambling sites surged from 15 to 200 in one year. Today, the online gambling industry is valued at slightly above $57 billion.
History ・ 21 June 2022

The global iGaming industry is worth over $300 billion. Live casinos are one of the most popular segments of this industry.
Games ・ 20 June 2022

The boardwalk was built in 1870 along the Atlantic Ocean to keep sand out of the lobbies. The boardwalks were removed at the end of high season. By the beginning of 21st century, online casinos started appearing. iGamingNJ team considered how the casinos impacted the boardwalls architecture.
Lottery ・ 26 May 2022

How technology is a catalyst for change in casinos

Technology has helped the casino industry evolve. This article explores the evolution of casinos and how technology helped transform them. The industry is still shifting and is always ready to add new features to slots or try out a new type of streaming or recording service.
Mobile ・ 21 March 2022

There are some significant changes in the online gambling industry in recent years. With the introduction of virtual reality, gambling has never been more exciting. VegasParadise.com is popularizing some of these trends.
Industry ・ 17 January 2022

Mobile Devices vs Computers: Which is Better for Casino Games? ► FINCHANNEL

The world of online gambling is increasing in popularity. People love to gamble and the internet has made it easier for them to do it. Mobile devices and personal computers are the best devices for gambling online.
Mobile ・ 28 December 2021

Top 6 technologies that have revolutionized online casino gaming. Technology has always helped to improve the experience gained by players. New features in the gambling and casino world, such as different types of promotions, mobile apps and special features like mobile no deposit bonus codes have made huge changes in this area.
Innovation ・ 14 December 2021

iGaming industry is growing rapidly thanks to technological advancements. iGaming is playing online games or wagering on games via the internet. Casumo is one of the leading igaming platforms. iGambling industry generates revenue and improves user entertainment. It is subject to unpredictable trends. The technology has shaped the different games’ designs and features and increased security.
Industry ・ 07 December 2021

IGGT filed a complaint against the U.S. Department of Justice last week. The company wants to clarify the 1961 Wire Act on the issue of interstate gambling. It was passed by the Kennedy Administration in an effort to crackdown on organized crime. Since then, the law has been ambiguous and conflicting. The current complaint demands a definitive answer. IGT wants the government to state once and for all if the Act applies to all interstate commerce in gambling or only to sports betting.
Law ・ 29 November 2021

Online casinos have taken the world by storm. The global online gambling market is expected to reach $127 billion by 2027. Live casinos changed the game forever. They are going to be explored next. They will try to gain a better understanding of their current gambling environment. It is a good idea to understand their present situation. There are high chances that Japan will embrace this trend in the upcoming years.
Live Gambling ・ 03 November 2021

The online casino industry is hitting the market by storm

The online casino industry is booming. It is expected to grow at a compound annual growth rate of almost 12% between 2021 and 2026. The barriers to entry have been reduced by advance in technology and legislative changes in markets such as the US.
Industry ・ 22 September 2021

The technologies behind live gaming clubs and where they will evolve

New gaming concepts are coming onto the market. The rise of live dealer casino games has not received much media coverage. There is a trend to move away from traditional casino game and focus on VR and AR. For Indian players it’s highly recommended to check out this ultimate live casino guide by Indiacasinoinfo.com. It's possible that we will be able to put on a VR headset to sit down at a poker table with a real dealer. In the next few years developers are investing millions in their VR projects. They are developing games based on TV shows. Evolution Gaming released a version of Deal or No Deal based in the TV show.
Live Gambling ・ 14 September 2021

The online gambling industry has grown since the 1980s. It has shifted its focus from virtual casinos to online sportsbooks.
Industry ・ 10 September 2021

How Online Gambling Has Evolved Over the Years

Online gambling has evolved over the last three decades. The global online gambling market is worth an estimated $57 billion US dollars. It is predicted to grow to almost $98 billion dollars by the year 2025.
Trust and Safety ・ 26 July 2021

Rise of the iGaming Industry in the USA: What Can We Expect?

The iGaming industry in the US is one of the fastest growing segments of gambling industry. The US iGambling market is expected to reach $100 million by 2026. iGamers are looking for the safest online casinos. For more information, visit the list of safest longstanding options at
Industry ・ 23 June 2021

The development of technology and the internet has changed the gambling game over the past 50 years. In the year 2021, you don't need to leave your house to play live online casino games, table games or slots.
Software ・ 07 May 2021

Would New President Change Online Casino Laws In The USA

Would New President Change Online Casino Laws In The USA? Gambling has been showing significant growth over both brick and mortar and online casinos. The Indian Gaming Regulatory Act of 1988 had changed the ability to control gambling to that extent.
Poker ・ 07 May 2021

Microgaming has been developing innovative software since the 1990s. It has helped to protect gamers from scammers and poor quality software.
Mobile ・ 08 June 2021