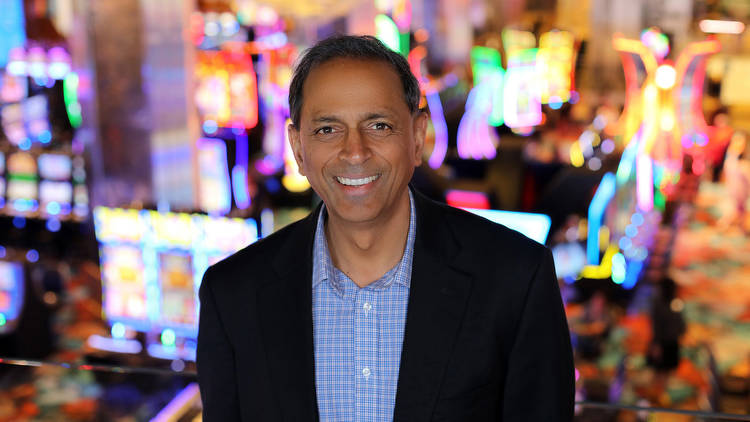 Jamul Casinoin San Diego County, California, announced last week that ithas recruited Ram Patrachari to its team as its new Chief Information Officer. With over two decades of IT and casino experience, he is a gaming technology industry expert, speaker, and award-winning executive.

In his new role at Jamul Casino, Patrachari will help build new technology systems, offering a secure and seamless experience for all guests of the casino, a $430 million property that opened in 2016 and is owned and operated by Jamul Indian Village Development Corporation (JIVDC).

President and General Manager of Jamul Casino, Mary Cheeks, spoke about Patrachari's appointment and said: “Ram’s experience and expertise will be absolutely invaluable as we continue to develop our property and grow our casino services. As we’re planning for the next 5-10 years, it became clear that Ram was the perfect fit. We’re delighted to welcome him to the team.”

The executive bringsThroughout his career, he has worked for companies like Bell Labs, Compaq, Exodus Communications and AT&T Wireless. He enters the companyafter a 15-year tenure with another major Southern California casino, where he wasinstrumental in building the IT infrastructure to support the building and operation of hotel towers with 400 VIP guest rooms.

Patrachari is also described as a widely recognized expert and technology executive. For the past seven years, he has served on the Harvard Business Review Advisory Council. He has also served as an Advisory Board Director for Tribalnet for 11 years and Advisory Board Director for Gaming & Leisure for 10 years. In 2015, his IT team won the Tribalnet Game Changers Technology award. 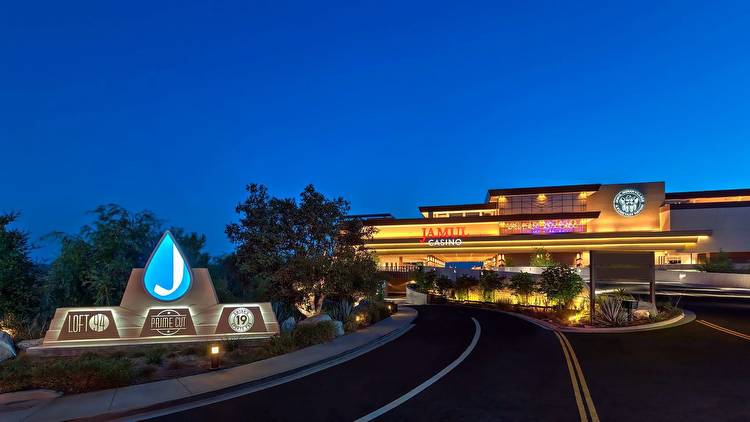 On his appointment, Patracharistated: “I joined the Jamul Casino team because of the culture that Mary Cheeks has built, how the team interacts with each other, and how they treat guests on the floor. For me, it’s less about the technology and more about the people."

"I aim to cultivate an environment where team members feel free to share their ideas on how to make our workplace even better," he added. "This culture is completely aligned with my goals.” 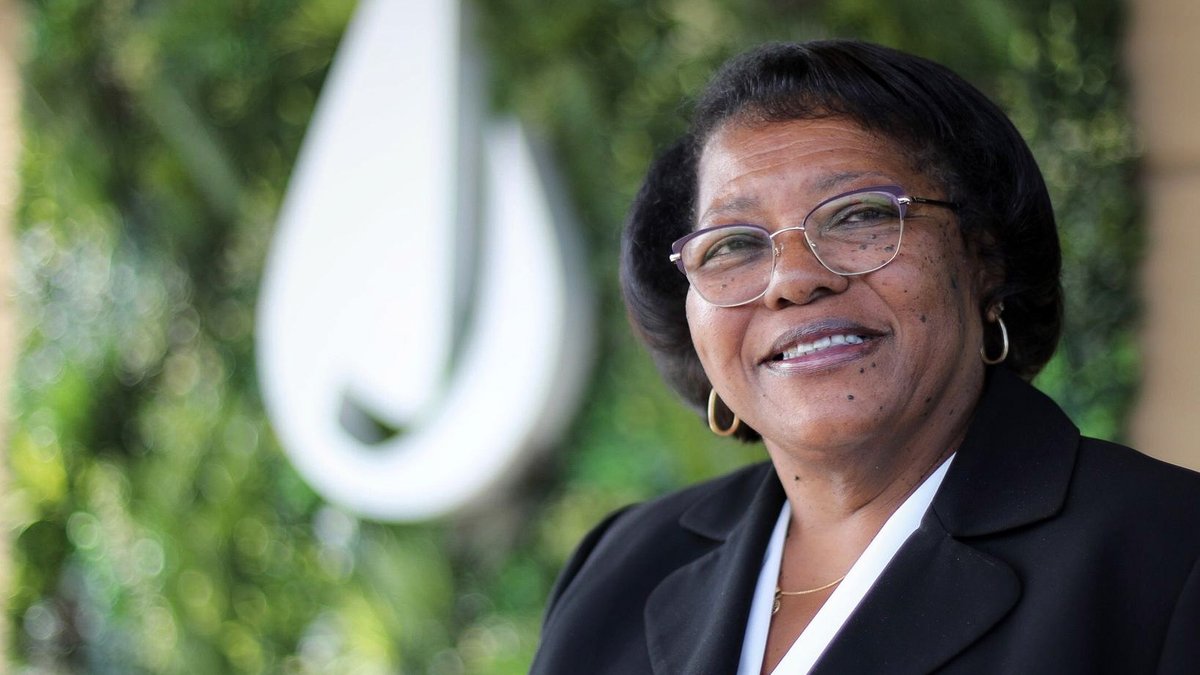 #CahuillaCasino Hotel in #California signs deal with Passport Technology The venue has selected the Lush loyalty and rewards platform and Mira player enrollment kiosks for its #gaming floor. 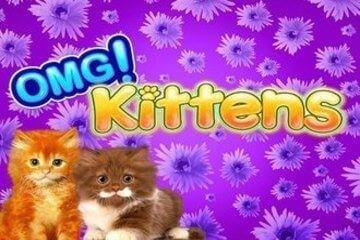 The International Center for Gaming Regulation (ICGR) at the University of Nevada, Las Vegas announced the program dates for the Gaming Regulator International Policy Summit (GRIPS) - North America. The conference will take place from September 11-16, 2022, in Las Las. It is intended to offer gaming, casino, and sports wagering professionals an in-depth opportunity to learn the latest regulatory and operational best practices.
Law ・ 2 days
STL News

What You Should Know About Card Counting in Blackjack

Card counting is a unique activity that goes a long way to make a difference. It is still being considered by many, especially players who are into Blackjack.
Blackjack ・ 26 May 2022

SCCG Management is celebrating 30 years of innovation in the casino industry in 2022. Jerry Misko will create a series of 15 pieces of art covering 30-years of SCCg Management history. The art will be housed in SccG's newly expanded Las Vegas Strip located HQ. S CCG Advisory represents over eighty-five B2B and B3C best-in-class sports betting, gaming, media and iGaming brands from around the globe.
Land-based ・ 19 May 2022
North Bay Business Journal

Boi Nguyen left Cache Creek Casino in Sacramento to join Graton Resort & Casino. American Gaming Association survey found its members are worried about their ability to find new workers. They are raising base wages, offering jobs on the spot, investing in training and providing bonuses and other benefits. The industry is expanding. It's a concern for the CEOs.
Covid ・ 21 April 2022
Super Slots Casino

Rush Street Gaming is the only finalist for the city's sole casino license. The company is a joint venture between Neil Bluhm’s Rush Street and Chicago megadeveloper. It is proposing to build a brand-new “neighborhood from the ground up” around the casino. South Loop residents are concerned about the development. The 78 Community Advisory Council wants the selection process to be slowed down. They are worried about increased traffic, the potential for more crime and the threat of gambling addiction. 78% of 400 people opposed the previous casino plans.
Travel ・ 08 April 2022
Nevada Business

Courtney Garland, 31, is the director of operations at Emerald Island Casino and Rainbow Club Casino. She was honored by Vegas Inc with the 40 Under 40 award. Garland has a business degree from the University of Nevada, Las Vegas and is actively involved in community service. The award celebrates individuals under the age of 40 who are outstanding business and community leaders in Southern Nevada. This year marks the 22nd edition of the award program. Submissions were selected based on the nominee’s service to the community, entrepreneurial attitude, and overall impact in their industry.
Covid ・ 01 April 2022
HNR Hotel News

Learn How To Win

Learn How To Win is a book that helps you improve your gambling skills. Alton Hardin's book is one of the best-selling poker guides on Amazon. Legato's has been writing about slot machines for 20 years. The book shares his perspective on slots in a satirical style. It's available in digital form in online bookstores. The author is an expert in No-Limit Hold’em poker. He explains the importance of math in the game. His book also explains how to use basic middle-school knowledge to become a better player.
Strategy Guide ・ 03 March 2022
Big Spin Casino

Nun, Maria Kreuper, embezzled more than $835,000 from St. James Catholic School in Torrance, California to fund her gambling habit. She was sentenced to 366 days in prison and ordered to pay $825,338.57 in restitution.
Finance ・ 08 February 2022
PokerNews

The $575 buy-in tournament kicks off today at 7 p.m. local time with Day 1a. The winner will earn the lion’s share of the prize pool and an exclusive invitation to the RGPS: All-Stars Pro-am Event at PokerGo Studios in December 2022. PokerNews” Chad Holloway will be taking part in the tournament. Last month, California “Kasey Orr won the RGP Thunder Valley Main Event and earned a payday of $65,728.
Poker ・ 05 February 2022
WIFR

Geno Iafrate was introduced as the President of the new Rockford Casino on Wednesday. The casino has been open for 60 days and is already an economic driver for the Stateline. Ifrate is an experienced gaming and hospitality professional. He started his career as an Internal Auditor with Caesars Entertainment and ran some of their most iconic brands. He served as Executive Vice President at Pinnacle Entertainment overseeing Pinnion's Southern properties. Most recently, he served the president of Westgate Las Vegas and Senior Vice president at One Toronto Gaming in Canada.
Jobs ・ 06 January 2022
Gambling News

European Casino Association awards four EDP 2021 Diversity Scholarships. The scholarship covers the full cost of the Executive Development Programme. It is a prestigious course offered by UNLV International Gaming Institute, University of Nevada, Reno College of Business and Extended Studies. The ECA has awarded four candidates working in Monaco, Slovakia, Sweden and Slovenia to take part in the programme. They are ambitious male and female colleagues from the European land-based casino industry aspiring to a leadership position.
Covid ・ 25 November 2021
WFMZ News

Jamul Casino launched in October 2016. The Casino will celebrate its 5th anniversary on October 8 and 9, 2021. There will be free food, live entertainment and thousands of dollars worth of giveaways.
Industry ・ 06 October 2021
ABC 12

The education session has moved to a larger venue. It will take place October 5th, 2021 at the G2E Innovation Lab (Booth 1653). The session will be presented by Kiran Brahmandam, CEO of Gaming Analytics. He is on a mission to optimize casino operations and improve the customer experience by using artificial intelligence. He believes that AI will change the workplace in a positive way. There will also be a job re-alignment resulting from AI. His team of data scientists is working on AI platforms that will create a safer gaming environment.
Innovation ・ 02 October 2021
Pasadena Star-News

The San Manuel Band of Mission Indians is renaming its Highland area casino Yaamava’ Resort & Casino at Sanman. The tribe began its gaming operations in 1986 and as it expanded became known as San. Manuel Indian Bingo and Casino before shortening its name to San Manuel Casino in recent years. The forthcoming opening of the hotel and entertainment center represents a transformational effort for the tribe. It is important to honor their ancestral lands and culture. Tribal gaming is about enhancing the community and the gaming revenues enhance the tribal community. it is a very different way of understanding gaming and welcoming guests.
Religion ・ 24 September 2021
Yogonet

Cynthia Kiser Murphey has been appointed General Manager of The Palms Casino Resort in Las Vegas. SMGHA Nevada, LLC, a wholly-owned subsidiary of the SMGsHA, is in a definitive agreement to acquire the Palm from Red Rock Resorts, Inc. The transaction is expected to close later in 2021. Mur phey was previously the President and Chief Operating Officer of New York-New York Hotel & Casino in 2008. She was also the Senior Vice President of MGM MIRAGE Human Resources from 1992 to 2008 and was named one of 25 "People to Watch" by Global Gaming Business magazine.
Travel ・ 23 September 2021
Street Insider

Cynthia Kiser Murphey has joined the San Manuel team as General Manager for The Palms Casino Resort in Las Vegas. SMGHA Nevada, LLC, a wholly-owned subsidiary of the SMgHA, is in a definitive agreement to acquire the Palm from Red Rock Resorts, Inc. The transaction is expected to close later in 2021. Kizer Mur phey will be responsible for the operations of The Palm under SMGs Nevada. She has decades of experience in the gaming industry. In 2008, Kisers Murpy was named President and Chief Operating Officer of New York-New York Hotel & Casino in Vegas and served as Senior Vice President of MGM MIRAGE Human Resources.
Travel ・ 22 September 2021
California News Times

Mary Margaret Croiper, 79, stole over $800,000 from St. James Catholic School in Torrance, Los Angeles. She is charged with electronic fraud and money laundering. Mary made a vow of poverty at age 18 and spent 59 years in a religious order.
Games ・ 29 August 2021
WKBN 27

Allen Glick was a front man for the mob and a successful businessman in the 1970s. He owned four Las Vegas casinos. His company was funded by a $67 million loan from the Teamsters Union pension fund.
Land-based ・ 11 August 2021
8 News Now

Allen Glick was a front man for organized crime. He owned four Las Vegas casinos. His company was funded by Teamsters Union pension fund. He knew the son of mob boss Frank Balistrieri.
Land-based ・ 11 August 2021
The Times Of Northwest Indiana

Julie Vasic has been hired as vice president of human resources at Horseshoe Casino. She has worked in hospitality, hotel and food and beverage enterprises for more than 25 years. She received her Professional in Human Resources certification in 2010.
Travel ・ 19 December 2020
The San Diego Union-Tribune

Health and safety is at the forefront at San Diego County's 10 tribal casinos. They are making improvements and renovations.
New Year ・ 13 December 2020