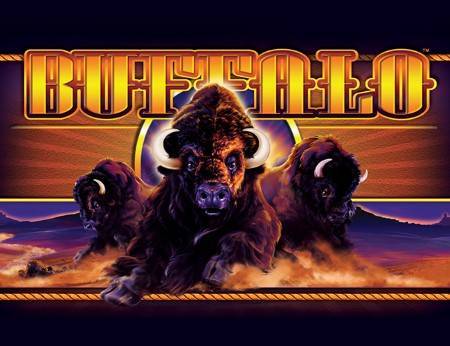 SportsBetting Casino Bet on Football: 50% Welcome Bonus up to $1,000
Politics

Burgum said on Wednesday, Nov. 2, he doesn't believe there's a "clear legal path" for him to unilaterally expand North Dakota's gambling laws to allow the five tribes to host internet betting across the state. Internet gambling and sports betting are currently illegal in the state.

The state’s tribes, operating under state gambling compacts signed in 1992 that will expire at the end of the year, petitioned Burgum to give them exclusive rights to the online betting market to make up for revenue lost at tribal casinos due to the legalization and popularity of electronic pull tab machines. The tribes rely on casinos as a crucial source of income and employment.

Five years after the Republican-led legislature authorizedthe slot-like machines, about 4,500 e-tabs have popped up at 800 sites around the state, according to Burgum's news release. The revenue generated by machines benefits charities, which pushed back on the tribes' requestfor exclusive online gambling rights at a hearing last month.

Gamblers wagered nearly $1.75 billion on e-tabs in fiscal year 2022, according to state figures.

Cynthia Monteau, the director of the United Tribes Gaming Association, did not immediately respond to a request for comment.

Though he denied the tribes' main plea, Burgum backed their request to lower the legal gambling age from 21 to 19 at casinos on the five reservations. The governor also endorsed allowing debit and credit cards to be used for wagering.

Online gambling and sports betting would be allowed within the confines of each reservation under the compacts. Each tribe would be on the hook for $25,000 a year in contributions to gambling addiction treatment programs.

The agreements also include language that would allow the tribes to offer online gambling across the state if state and federal laws ever allow it.

Burgum submitted the five compacts to Legislative Management for review, though the panel of leading lawmakers cannot alter the agreements, said Legislative Council Director John Bjornson. After the committee's review, the compacts could be signed by the governor and tribal representatives.

The agreements would then be sent to the U.S. Department of the Interior for final approval.

The five tribes with reservations and casinos in North Dakota are the Spirit Lake Tribe, the Sisseton Wahpeton Oyate, the Turtle Mountain Band of Chippewa, the Standing Rock Sioux Tribe and the Mandan, Hidatsa and Arikara Nation.

North Dakota may legalize sports betting outside of tribal casinos under a new measure proposal. 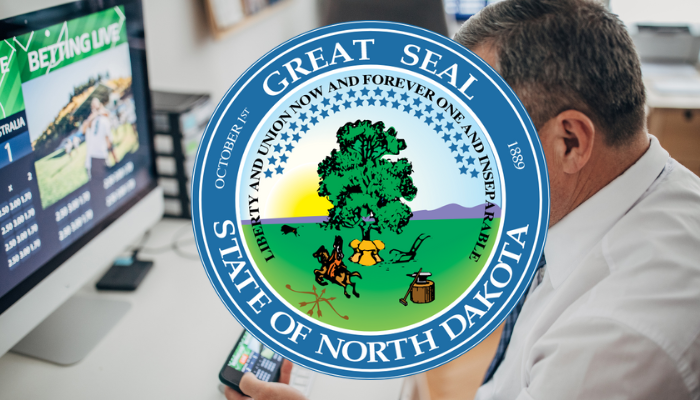 Gov. Doug Burgum signed agreements with North Dakota's American Indian tribes. The agreements lower the legal gambling age from 21 to 19 at tribal-owned casinos and allow online sports betting. Tribes wanted exclusive rights to host internet gambling and sports bets in the state. They argued that their casinos are their biggest employers and help fund social programs on the reservations. North Dakotans poured almost $1.75 billion into the machines in fiscal 2022.   The new compacts are in place for 10 years.
Sports ・ 03 December 2022
The Bismark Tribune

Tribes want to extend internet gambling and sports betting beyond their reservation boundaries. Governor Doug Burgum rejects the request. He does endorse the tribes' appeal to lower the legal gambling age from 21 to 19 at the state's five American Indian casinos. The current compacts expire at end of this year. A similar compact between Florida and the Seminole Tribe is tied up in federal court. It was found that the multibillion-dollar agreement between the states and tribe allowing online betting violated a federal rule. North Dakotans poured almost $1.75 billion into the machines in fiscal 2022.
Politics ・ 11 November 2022

Gov. Doug Burgum has submitted final drafts of new tribal-state gaming compacts for review. The current tribal gaming compact is set to expire early next year. Changes to the compact include eliminating unnecessary duplication of regulation and cleaning up regulatory and definition issues. Online Class III casino-style gaming and online sports betting are allowed within the physical boundaries of the reservations. An addendum proposed by the tribes to offer those types of gaming outside the reservation boundaries was not included in the final draft. Burgom plans to work with the Legislature to take a comprehensive look at gaming during the upcoming 2023 session.
Politics ・ 09 November 2022
Valley News Live

Tribes want North Dakota's governor to approve their request to host internet gambling and sports betting. The current tribal-state agreements expire at the end of this year. If approved, gamblers using mobile devices could place bets that would be funneled through tribal servers on tribal land. The amount of money going to charities this years from all gambling activity is estimated at $75 million. It's more than double that from two years ago. State tax revenue from charitable gambling has more that doubled to about $24 million since 2012. Burgum says the terms of the compacts are still being negotiated and should be finished next month.
Finance ・ 26 December 2022
Super Slots Casino

Tribes want North Dakota's governor to approve their request to host internet gambling and sports betting. Charities want the governor not to do that, because it would end charitable gambling in the state. The current tribal-state agreements expire at the end of this year. North Dakotans poured almost $1.75 billion into pull tab machines in fiscal year 2022. The amount of revenue going to charities this years from all gambling activity is estimated at $75 million. It's more than double that from two years ago. State tax revenue from charitable betting has doubled to about $24 million since 2012.
Politics ・ 22 October 2022
The Mighty 790 KFGO

Tribal relations between North Dakota and the state have been strained since the Dakota Access Pipeline was built. North Dakotan Gov. Burgum signed legislation that approved electronic pull tab machines. The United Tribes Gaming Association wants to improve relations and offset losses tribes have suffered from e-tabs. A similar compact between Florida and Seminole Tribe is tied up in federal court. If the proposal fails, the legislation will resurface with or without tribes' involvement. West Fargo Republican Rep. Michael Howe is an advocate of expanding online sports gambling operations in the North Dakotas.
Politics ・ 21 October 2022 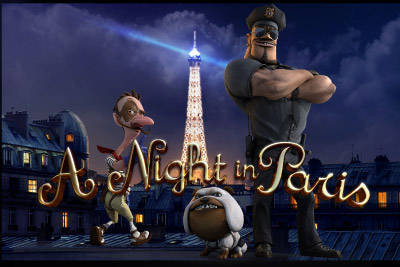