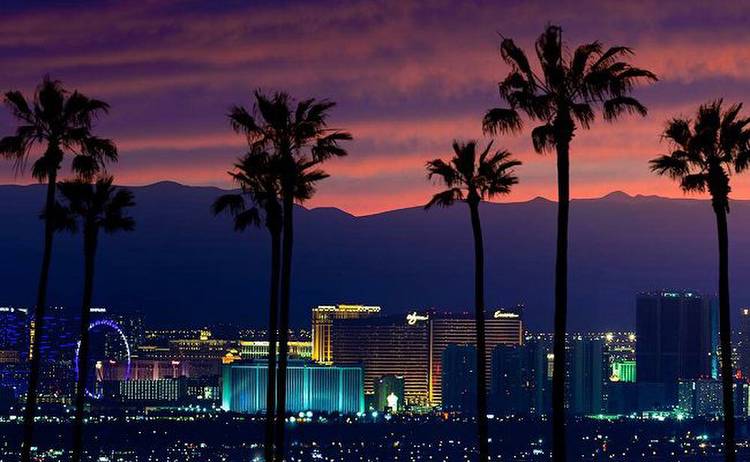 Leading US mobile executives are set to join more than 200 speakers at MWC Las Vegas from 28 September to 30 September, as the GSMA prepares its next event under the theme of Connectivity Unleashed.

The event will be held in the West Hall of the Las Vegas Convention Centre, which opened in 2021 offering 600,000 square-feet of exhibition space, the largest in North America.

“The city is a great partner, and we hope this new venue and location inspire our members, attendees, exhibitors and sponsors”.

GSMA Intelligence head Peter Jarich noted Las Vegas is one of the leading digital cities in the US, with hotels and casinos pushing the envelope on indoor connectivity by developing and deploying their own base stations.

Due to its topology, mobile operators including Dish Wireless and Metro PCS have used Las Vegas as a proving ground for new services.

“You’ve also got autonomous driving companies in Las Vegas,” Jarich stated. “There’s all sorts of cool stuff that goes on there, which makes it a good place to connect if you’re trying to do networking”.

Dewar (pictured, left) anticipates more than 300 companies will exhibit at the event, with up to 10,000 delegates accessing more than 50 hours of curated content.

For getting around the centre, Dewar noted the West Hall is connected by the Las Vegas Convention Centre Loop, an underground transport system designed by Elon Musk’s The Boring Company.

“The system transports convention attendees throughout the 200-acre campus in under two minutes in Tesla vehicles, free of charge.”

Conference
Speakers from inside and outside the mobile industry are due to deliver keynotes at MWC Las Vegas (with more than half of keynoters in session one female).

Among the other keynote speakers are GSMA director general Mats Granryd; Qualcomm SVP and GM for mobile, compute and XR Alex Katouzian; and Carolyn Goodman, mayor of Las Vegas.

Themes
With Verizon as the event partner, MWC Las Vegas will feature four themes: 5G Connect, sponsored by T-Mobile for Business; Tech Horizon, sponsored by ServiceNow; CloudNet sponsored by AWS; and Internet of Everything.

“We’re seeing a lot of innovation out of North America with mmWave, so I think that one will be big,” Jarich noted, adding there would likely also be talk about satellite communications, a sector which “has become very important very quickly”.

Jarich stated recent research by GSMA Intelligence found sustainability initiatives and network security were top of mind for North American operators: “I think we will see those get a lot of focus.”

Beyond Dish Network, “open RAN hasn’t seen a big commitment from US operators, but there’s such a big push in general”.

At its Everything Policy track, the CTIA will host discussions with politicians and wireless industry stakeholders who focus on trends and developments in government and public policy.

Industry City on the showfloor will highlight how vertical industries are building a connected and digital future.

In addition to metaverse and Web 3.0, Dewar stated Industry City will also look at the manufacturing, smart mobility and fintech sectors in collaboration with headline sponsors Cisco and Microsoft Azure.

The GSMA Pavilion, next to Industry City, will feature live demonstrations including IoT, VR shopping and connected smart mobility.

Dewar also highlighted the HUB, “the start-up and innovation zone” for “investors and companies to learn, connect and launch new business ventures”.

The HUB was developed in partnership with non-profit StartUp Vegas and will feature fireside chats and an exhibition comprising 16 start-ups selected by Mobile World Capital Barcelona.

“I hope MWC inspires conversations that challenge the present, champion the future and create positive impact for the world,” Dewar noted.

The editorial views expressed in this article are solely those of the author and will not necessarily reflect the views of the GSMA, its Members or Associate Members.

The European Casino Association is holding its General Assembly and its Casino Industry Forum in Baden, Austria next week. The General assembly is taking place on September 27-30, 2022. This year's event is both wide and diverse, covering a host of exclusive presentations from European casino operators and recognized speakers. The educational programme includes keynotes from Futurist, Magnus Lindkvist and Bo Bernhard. Pieter Boers will dissect the building of Holland Casino’s new Venlo Casino. Europol, Yield Sec and the Gambling Research Center at the University of Vienna will reveal the scale of illegal gambling in Europe.
Industry ・ 4 days

The cost of the renovation of Las Vegas Convention Center has increased by $20 million. The Governor's Oversight Panel will meet on October 12 to consider approving the updated project and schedule. Construction will begin as soon as the doors close for the ConExpo-Con/Agg construction equipment trade show in March 2023. North Hall will be temporarily closed from the end of February through August, and work will start in January 2024 and run through the year. The South Hall east end work begins in April and will conclude by the theend of 20 23. It will resemble the architectural features of West Hall, which opened last year, with its sweeping “snow cone” ribbon.
Politics ・ 14 days

Las Vegas posts highest visitation since start of the pandemic in July, in line with gambling rebound

Nearly 3.5 million people visited Las Vegas in July. The figures are the highest since the beginning of the pandemic. Las Las hosted 307,000 convention attendees. Nevada posted $1.31 billion in gaming revenue in the same month. The Strip saw its second highest-ever revenue performance. Luke Bryan, Shania Twain and Usher performed there. Martha Stewart opened a restaurant at Paris Las Vegas. There are 31 airlines serving 146 markets. Harry Reid International Airport has a record-setting daily passenger count. It is the most recovered of top 20 largest airports in U.S. based on a percentage of pre-pandemic seat capacity.
Covid ・ 27 days

Steve Jobs wanted the first-gen iPhone without a SIM card slot. Tony Fadell, former VP of iPod, revealed this in an interview. The first iPhone to be introduced with support for eSIM technology was the iPhone XS, the Xs Max and the xXR. Rumours have it that the purported iPhone 15 series will be unveiled next year.
Mobile ・ 13 May 2022

Las Vegas Convention Center is getting several upgrades. The newest resort on the Strip, Resorts World Las Vegas, hopes to have its Boring Company tunnel linking the property to the Las Las Vegas Convention Centre open by April 23. In March, the CVA authorized $435 million for the renovation of the North and Central Halls of Las LVCC. The Bored Company is designing a network of tunnels under the entire Las Nevada resort corridor. It will eventually connect 51 stations, including ones at Harry Reid International Airport and Allegiant Stadium. A professional-services contract was originally approved in late 2018 to start the project, but the Covid pandemic’s impact on tourism-related tax revenue stopped all work until now.
Travel ・ 07 April 2022

Boingo to Bring 5G Connectivity and Innovation to Las Vegas

Boingo Wireless will operate a new wireless network at the Las Vegas Monorail Convention Center Station. The network will allow passengers to connect to their favorite entertainment and productivity applications. Boingo will launch the Boingo Innovation Center in the second half of 2022. The 3.9 mile elevated Las Las Vegas Monoreail is all-electric. It reduces vehicle miles by nearly 2 million miles and reduces emissions by more than 24 tons. With trains arriving every 4 to 8 minutes, passengers can reach the LVCC within 10 minutes.
Land-based ・ 23 March 2022

Circa Resort & Casino will open its new 3,250sqm meeting and convention space in September 2022. The event space will offer customisable spaces for groups of up to 1,000 guests. It will feature a ballroom, breakout rooms, banquet space, adjacent pre-function space and outdoor terrace. University Medical Center of Southern Nevada will provide a Covid-19 testing centre on the Las Vegas Strip. The centre is open on weekdays with limited hours on Sundays. There is additional availability based on trade show schedule.
Winnings ・ 23 March 2022

The NCAA tournament is taking place. There were two major jackpots paid out this week. New trade shows are coming to Las Vegas and a World Series of Poker tournament takes place in New York.
Poker ・ 18 March 2022

Las Vegas saw 32.2 million visitors in 2021. The city is planning to add 7,602 hotel rooms and 791,000 square feet of convention space by the end of 2024. Fontainebleau Las Vegas on the Strip will be 3,780 hotel and 550,00 square ft of meeting space when it's completed in the fourth quarter of 2023. Caesars Entertainment and MGM Resorts International dominate the central and southern Strip. The new North Strip Arena could provide a viable alternative to the Caeres Entertainment. and GMR Resort.
Land-based ・ 02 March 2022

AT Showcase will be held next Thursday, October 21 at the Sheraton Bogota Hotel. More than 200 operators from all regions of Colombia will participate in GAT. The exhibitors confirmed are RCFC Legal, EvenBet Gaming, Universal Soft, Win Systems, IGT, Merkur Gaming and Novomatic Latam. Mobadoo is a Digital Sponsor of GATE Showcases. GATA Expo will take place on March 16 and 17, 2022 at Cartagena de Indias Convention Center. The event will start at 2 pm Colombia time and the exhibition, academy, 3A Producciones presentation, and closing cocktail will last until 10 pm.
Covid ・ 16 October 2021

Latin casino operator buys Vegas Strip parcel for $120M. The authority's board unanimously approved the sale Tuesday to CB Investment SpA owned by Claudio Fischer. It's expected to close in June. Fischer co-founded Sun Dreams, which owns 19 casino properties in Chile, Argentina, Panama, Colombia and Peru. He hasn't disclosed any specific plans for the development of the land. LVCVA acquired the property and tore down the casino to make way for West Hall expansion.
Travel ・ 14 October 2021

The Global Gaming Expo begins this week in Las Vegas. It will be held from October 4-7. The American Gaming Association is the operator of the expo. Usually, the event sees around 27,000 people, but this year the number will probably be lower due to COVID-19 and international travel issues.
Covid ・ 04 October 2021

Getting ready for Las Vegas

The ARA Show is scheduled for Oct. 17-20, 2021 at Resorts World in Las Vegas. It will offer rental-specific education, exclusive deals and industry-leading networking events.
Religion ・ 01 September 2021

The National Indian Gaming Association chose Caesars Forum in Las Vegas to host its Indian Trading and Convention. The event is scheduled to launch next week Monday.
Covid ・ 14 July 2021

Las Vegas has been busy setting the stage for the next generation of meetings and conventions with a slew of new state-of-the-art venues. The desert destination offers planners more exciting options than ever, with more than 2 million square feet of space and three resorts launched in the past 18 months alone.
Travel ・ 05 July 2021

The countdown is on to the start of Senet's 5-day gambling regulatory education program in Sydney. The program is designed to build regulatory and compliance capability, cultivate curiosity and critical thinking, and stoke an appetite for continuous improvement. Participants will receive a certificate from the International Center for Gaming Regulation, University of Nevada Las Vegas. Senets will provide online course access for those unable to attend in-person due to COVID-19.
Law ・ 23 June 2021

The Global Gaming Expo will return to Las Vegas in October after a one-year hiatus due to the coronavirus pandemic. The show is the world's largest gaming industry trade show. It has in the past drawn more than 27,000 industry professionals. This year's show floor opens on October 5. There are no capacity restrictions, nor social distancing requirements in place for large gatherings. World of Concrete is scheduled to open in June.
Covid ・ 01 June 2021