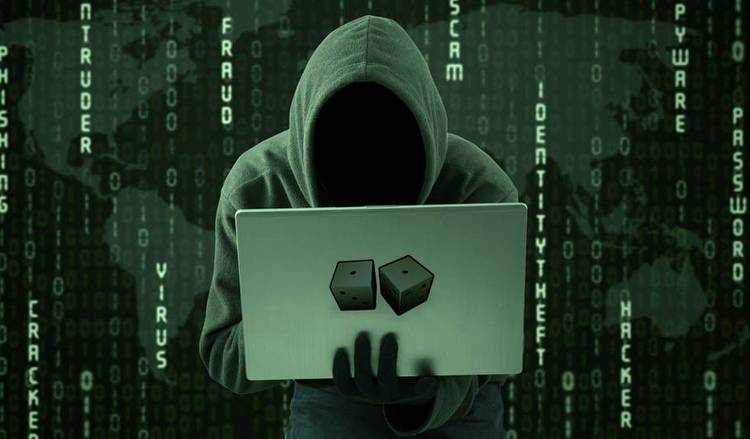 BIOPASS RAT was initially identified immediately after the malware made its debut on a targeted Chinese online gambling website.So far, we only know it is in development and that it's targeting mostly Chinese online browsers, including 2345 Explorer, QQ Browser, 360 Safe Browser, Sogou Explorer, and WeChat.

The updated malware can deploy either BIOPASS RAT or Cobalt Strike beacons. Both versions are able to record their victims' screens using OBS Studio.By employing BIOPASS, cybercriminals may easily access a variety of spyware features like live streaming on a cloud service through Real-Time Messaging Protocol (RTMP), as well as connecting with a C2 server via Socket.IO.

To carry out the attack hackers use malicious loaders masquerading as genuine installers for popular but outdated applications such as Microsoft Silverlight or Adobe Flash Player. As you probably hinted, the malware loader then acts as a conduit for collecting the next-stage payloads. Malicious JavaScript has also been found hidden inside the websites' online help chat pages whose role is to infect users with malware once they have logged in.

The identity of the malicious agent is still unknown. Then again, based on Trend Micro research, the malware strain has similarities with that of TTPs, which is often linked with the Winnti Group.

According to authorities, it’s the second batch of deportations after six people were deported on October 19. READ MORE HERE:

💰 @HuobiGlobalGlobal to move shop to the Caribbean 🌴 The Chinese cryptocurrency exchange is looking for a new home to bring 200 of its employees. Read more ⤵

In the 21st century, digital gaming is where it's at. Browser games are lightweight, effortless games played in a web browser. They don't need to download any time and space-consuming client software to play them. In this article, we'll take a look at three of the best browser gaming genres.
Games ・ 20 days
TechRound

Online casinos use your personal information for advertising. Malicious email attacks have been happening recently. Politicians and Members of Parliament have had their personal data stolen.
Trust and Safety ・ 30 October 2022

DiceyF, a group of Chinese origin, has been linked to attacks aimed at online casinos in Southeast Asia for years. The group is responsible for the distribution of the GamePlayerFramework, C# variant of a C++-based malware known as Puppet loader. The framework is maintained through two branches, Tifa and Yuna. Both branches are believed to be actively and incrementally updated. Once launched, the malware connects to a command-and-control (C2) and transmits information about the compromised host and the clipboard contents.
Trust and Safety ・ 19 October 2022
Super Slots Casino

700 Staff Held for Ransom by Chinese-Run Casino in Laos

A Laos casino is holding 700 Malaysian workers against their will for ransom. The workers were tempted to northern Laos by offers of jobs in the Golden Triangle Special Economic Zone. They asked Lao police for help but received no response.
Incidents ・ 04 October 2022
COGconnected

How Slots Operators Protect Their Players From Cyberattacks?

Online gambling industry has gone through many changes in the past few decades. Cyberattacks target Slots games each year. Since 2019, professional Chinese hackers have officially acknowledged breaking into gaming websites. This article explains the risks we are facing in online gambling and how to address the situation.
Gaming Authorities ・ 23 August 2022

Demo Slot Microgaming Lucky Twins is a popular slot machine with a Chinese theme. It has five reels, three rows and nine selectable paylines. The goal of the game is to line up identical lucky symbols on all pay lines. To activate all nine pay line, you can choose to bet anywhere from 2.25 to 45 credits per spin. There is no official limit on the number of children a family can have. Having twins is considered to be a sign of good luck in China. The game offers a 25,000-coin jackpot. You can download the demo version of Lucky Twin for free to try it out before playing for real money.
Bonuses ・ 21 June 2022
Yabby Casino

There are many ways to play online slots. Directly accessing a slot site from your browser leaves you prone to viruses and spyware. Playing on social media can lead to identity theft and spam messages. There are several measures you can take to stay safe while playing slots online.
Mobile ・ 17 May 2022
COGconnected

Everything About Gambling in Sims Video Game

The Sims is a popular video game series. The latest release of “The Sim 4: Cottage Living” introduced gambling in the game in form of slot machines. This update was not official, and it has been added to Sims 4 through Custom Content – mods that players can create.
Games ・ 05 February 2022
Windows Report

Epic Games announced today that Opera will have an Epic Games Store dedicated Opera GX browser. The Epic Game Store app is already integrated into Opera's mobile browser and players can use the store to buy titles on both PC and mobile.
Industry ・ 27 January 2022
Pattaya Mail

Thai police bust call center gang running online gambling sites. Ten suspects were arrested at a condominium in Bangkok’s Sukhumvit area. The suspects are Chinese nationals. They operated six online casinos with a combined circulation of 100 million baht per month. Two of the suspects fled the country, but the others are still in the area and will be tracked down.
Gambling Sites ・ 22 January 2022

Mobile Devices vs Computers: Which is Better for Casino Games? ► FINCHANNEL

The world of online gambling is increasing in popularity. People love to gamble and the internet has made it easier for them to do it. Mobile devices and personal computers are the best devices for gambling online.
Mobile ・ 28 December 2021
GamingLyfe

There is no sign that the online casino industry will slow down anytime soon. Sony and Microsoft are leading the way in terms of accepting online casinos. They have developed cloud-based mobile apps that let players pick up their games where they left off.
Top and Best ・ 23 November 2021
Inkedin

Quickspin's latest slot game, Book of Duat, is available next week. Anna the Explorer is on her third expedition in ancient Egypt. The game is played on 5X3 grid with 10 fixed paylines and offers 96.27% RTP. NetEnt added the ‘book’ mechanic to their recent slot release Gonzo”s Gold. They recommend their favourite slot sites. You can find their recommendations here.
Religion ・ 04 November 2021
Inkedin

Relax Gaming Release Cluster Tumble Slot 5th In The Tumbles Series. Malta based slot developer Relax Gaming are to release their latest action-adventure slot Cluster tumble today (November 3). The game is set on the fringes of Nepal, deep in the Himalayan jungle, where players are helping Clara Loft look-alike adventurer climbs the Temple to rescue her husband. The RTP for Temple Tumbling is 96.4%. Inkedin.com has picked its favourite slot sites for 2021.
Movies ・ 03 November 2021
Pop Wrapped

Mobile casinos apps and web browsers are the most popular online casinos. Mobile apps have exploded in popularity, but traditional browsers have an intensive niche only to serve better.
Mobile ・ 22 October 2021

Chinese authorities are working with their overseas counterparts to clamp down on illegal casinos. A police raid in Cambodia’s capital last week ended up with a shootout and 200 people apprehended.
Crypto ・ 22 September 2021
Technosports

There are substantial cyber risks in the video gaming industry. Cybercriminals attack unsuspecting users every 40 seconds. The more popular online gaming increases, the more aggressive hackers have become. This is a significant disadvantage to the industry and calls for enhancing cybersecurity to protect online players.
Industry ・ 29 July 2021
News Nation USA

Hackers Spread BIOPASS Malware via Chinese Online Gambling Sites. BIOSS RAT is a Python-based backdoor that takes advantage of OBS Studio’s live-streaming app to capture the screen of its victims and deliver them to attackers. BIASS Rat is capable of stealing private data from web browsers and instant messaging apps. Trend Micro researchers found overlaps between BIOS and TTPs associated with the Winnti Group. The group is specialized in cyber espionage attacks. It's not clear who is behind the malware strain.
Gambling Sites ・ 20 July 2021
CyberScoop

Online casino websites vs apps: all you need to know

43% of online gamblers prefer portable devices for gambling. 57% prefer desktop casinos. Mobile Casinos offer two types of applications and mobile browser play. App play is where the creator of the game has developed an application that is downloaded using the Internet from a website or the app store. Browser play uses a particular browser like Google Chrome, Firefox, Internet Explorer.
Mobile ・ 12 May 2021
Tunf

Hackers are targeting online gambling companies with data hijacking programs. The authors of these attacks are part of a group of hackers known as Advanced Persistent Threat 27 (APT27) or Emissary Panda. Trend Micro identified a similar group with the support of China called Winnti. FireEye claims that WinNTi pioneered combining political and commercial cyber espionage activities since 2014. It's possible that the Chinese authorities are willing to ignore them. iReport.com. For confidential support call the National Cybersecurity Agency on 1-800-273-8255.
Trust and Safety ・ 09 May 2021