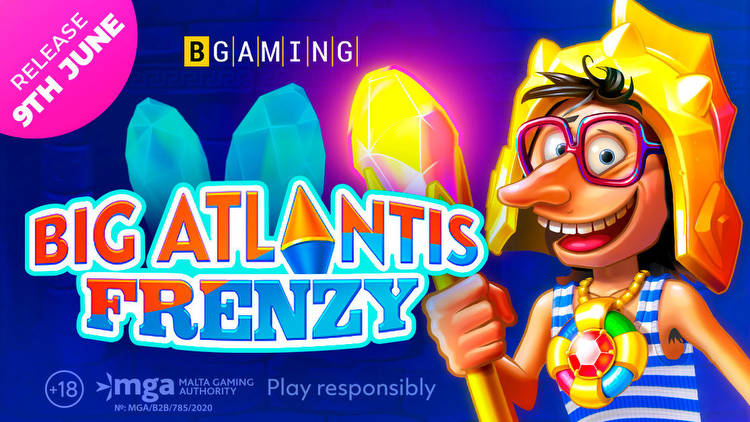 Gaming provider BGaming announced the release ofasequel to its comedy slot "Dig Dig Digger." After the debut of thetitle in 2021, the company is now renewing its collaboration with showman in the CIS Vadim Galyginfor this new installment of the series, titled “The Big Atlantis Frenzy.”

The slot features will include traditional Bonus, Wilds and Free Spins, and will have an independent reel size change option.The exclusive featureallows players to set the rules themselves: 5x3, 5x4, 5x5; with the players able to choose a reel size and number of paylines correspondingly.

“The Big Atlantis Frenzy captures the best features of well-loved fishing slots. Besides, it was upgraded with fancy characters and must-have Buy Bonus and Chance x3 features”, the company described.

The character of the eccentric archeologist underlying this comedy-themed slot belongs toVadim Galygin, who was involved in the production process. The showman сompletes the spins with jokes, sympathizes with players' emotions, and speaks in the manner of Jacques-Yves Cousteau, famous scientist and explorer of the underworld.

In an official press release, Yulia Aliakseyeva, Game Producer at BGaming, spoke about this new release and said: “With the dynamic gameplay, catchy sounds, frenzy characters, eye-catching graphics and cheerful ambiance, the Big Atlantis Frenzy has all chances to take the lead among summer slots. Moreover, Chance x3 and Buy Bonus features will catch players' interest and provide extra chances to multiply the win."

The slot will be officially released on June 9th, 2022, and will follow BGaming’s latest title “Penny Pelican”, and the recently released package of “Fast Games." It also follows the launch of a new fairy tales-inspired slot called "Foxy Wild Heart"

Ready, set, go🔥 BGaming Streamers Race officially starts today, meaning that all participants can submit their results via the till August 31st, 23:59 CET. Good luck to participants, and Let the Race Begin!

We are launching our very first competition for streamers with a $15.000 prize pool💰 Follow the official page of the Streamers Race to stay on top of the updates 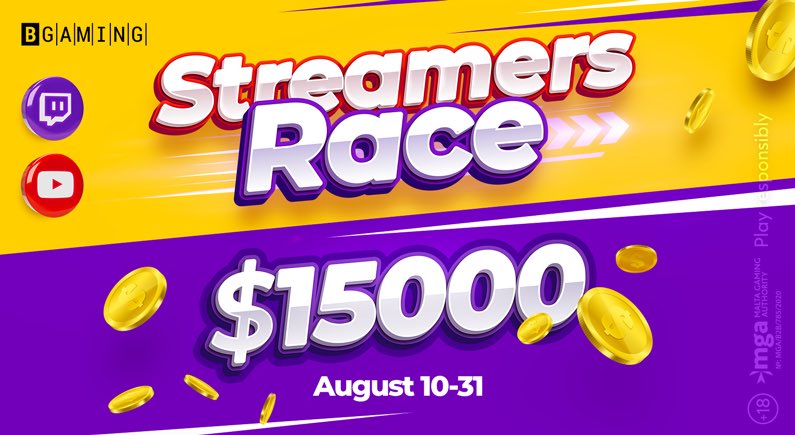 Play Royal Banquet by Genii and you can party with the king in the Middle Ages and drink the finest wine! The best part? You can do it for free! Play at Lotus Asia Casino and get 50 Extra Spins on Royal Banquet Welcome Bonus! 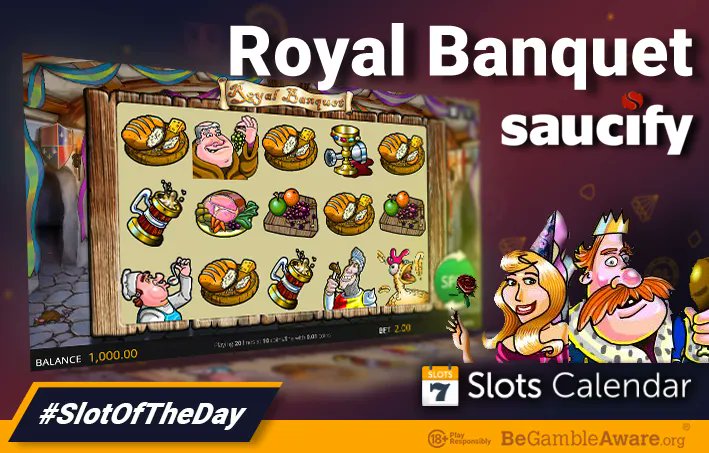 BGaming is renewing its collaboration with a famous comedian to create a new summer slot Big Atlantis Frenzy. The slot will be officially released on June 9th, 2022. It follows Penny Pelican and Fast Games. They are BGaming’s new title Penny Pelsican, Penny pelsider and the recently launched package of Fast games. Their new release follows the debut of the Dig Dig digger slot in 2021.
Bonuses ・ 14 June 2022

BGaming releases Big Atlantis Frenzy, a new fishing slot. It is a sequel to the Dig Dig digger slot launched in 2021. The Big Atlantian Frenzy is enhanced with a line of features to increase players’ engagement. The character of an archeologist from the diggers was modified into an eccentric explorer of the marine world. Vadim Galygin, the famous showman in Eastern Europe, created the character for the BigAtlantians Frenzy. He cheers players and spins with jokes. His voice is similar to Jacques-Yves Cousteau.
Bonuses ・ 14 June 2022

BGaming’s Miss Cherry Fruits Jackpot Party is the second instalment of its Miss cherry fruit series. It's a Hold & Win slot with medium high volatility and a 95.51% RTP. New to the title is Disco Ball respin feature, triggered by six or more Disco ball symbols landing on the reels and awarding a player with three respins rounds. Buy bonus and Buy chance are integrated into the game.
Winnings ・ 13 days

Slotegrator's partner network adds 30 new games in June from over 10 developers. SloteGrator has a game aggregation protocol that integrates a wide variety of games into an online casinio platform in a single integration session. It includes over 5,000 games from 75 developers and is constantly updated with new development studios and new titles. Last month, the company added 28 games. from BGaming, EGT, Pragmatic Play and other studios to its lineup. The company's business development manager said that game content is the basis of a site and an effective tool for attracting players.
Sports ・ 30 June 2022

Big Atlantis Frenzy is a mobile slot game developed by Malta-headquartered content provider BGaming. It is the sequel to Penny Pelican and was created in collaboration with Belarusian and Russian actor and TV host Vadim Galygin.
Bonuses ・ 13 June 2022

Most Popular Slot Machines Based on Football

Football-themed slots have gained a lot of popularity amongst players. We will review some of the most popular slot machines based on football in this article.
Mobile ・ 11 May 2022

BGaming has partnered with iSoftBet to integrate its iGaming products on the British firm's game aggregation platform. The new partnership follows BGaming’s recent release of a series of titles that have been upgraded to include “new mechanics and features” and makes games such as Space XY, Bonanza Billion and Aztec Magic Megaways accessible to thousands of players.
Industry ・ 01 March 2022

BGaming has announced a new collaboration with Parimatch. Parimsch allows players to access a set of BGaming titles. The studio entered the Belarusian market last year. BGamed is a fast-growing game provider converting gambling into gaming. It is the world's first to support cryptocurrencies and offer provably fair games. Its portfolio includes 70+ products with HD graphics and a clear user interface for every device.
Trust and Safety ・ 06 January 2022

Bgaming has upgraded its Dig Dig dig digger slot. It gives players the opportunity to buy a bonus and double the chances. The game invites players on a treasure hunt to Egypt. The team is working on the sequel to the slot and the release date will be announced soon. Inkedin has created a list of best slot sites for 2021 and a 20 new slot site list. They have created the list based on their research. For more information, visit inkedins.com.
Bonuses ・ 18 October 2021

BGaming has added new features to its Dig Dig diggerslot. The new Buy Bonus feature allows players to start a Free Spin Round with Expanding symbols immediately. Chance x2 feature increases the bet and gives the player more chances to play bonus games. The sequel of the Digdiggers lot will be launched later. It will have HD graphics and a 5×3 scheme.
Winnings ・ 04 November 2021

WooCasino player won 28K$ in a few minutes playing the Dig Dig digger slot by BGaming. The maximum exposure of the slot goes up to x5500. BGamed is a fast-growing game provider converting gambling into gaming. The studio has already released 7 new games and 4 reskins of Fruit Million slot this year. Next brand's title will be launched in the middle of July. It will follow the most popular slot Elvis Frog in Vegas.
Winnings ・ 25 June 2021

BGaming has launched a new Dig Dig digger slot. It's already available at Bitstarz and N1 casino. The game features HD graphics and a 5x3 scheme. Vadim Galygin, a famous CIS actor, played the archeologist in the game. The Easter eggs are hidden in it. BGaming is the world's first gaming company to support cryptocurrencies and offer Provably Fair games.
Bonuses ・ 18 June 2021

Grab all the gold in the Dig Dig Digger slot by BGaming!

Dig Dig Digger is a new slot game from BGaming. It's already available at Duxcasino and is captivating adventure for every player waiting for big winnings. Vadim Galygin, a famous CIS showman, is the main character of the game. The game has HD graphics and a 5×3 scheme. The Easter eggs are hidden in the games. BGamed is fast-growing game provider converting gambling into gaming. Its portfolio includes 60+ products with HD Graphics and clear user interface for devices. They are featured on reputable platforms and 300+ online casinos worldwide.
Trust and Safety ・ 17 June 2021