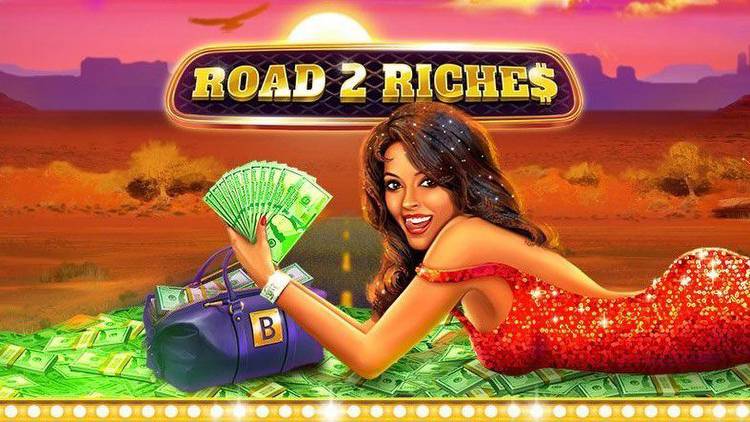 The company described the new product as "a story about fame and huge winnings," inspired by the "main street of America." It is now available at casinos such as King Billy, N1 Casino and more. BGaming also anticipated another upcoming release for November 18.

BGaming announced Thursday the launch of a new slot, “Road2Riches”.

Described by the company as “a story about fame and huge winnings”, it is inspired by the legends of Route 66, the "main street of America" leading to Chicago. This product is already available at casinos such as King Billy, N1 Casino and more.

“The HD graphics of the slot along with energetic music brings rush and excitement. With a 5x4 scheme and 50 winning lines, Road2Riches surprises players with a set of features such as three kinds of Jackpots, suddenly appearing Mystery Wilds, and Free Spins that can be re-triggered!

In an official statement, Bogdan Gres, Brand Team Lead for BGaming, commented on this new release and said: “We’re delighted to announce that the Road2Riches slot has been released. It is the perfect game for people who love adventures. At the same time, the game includes an exclusive set of features that players can’t see in any other games. We’re waiting for good results!”.

PlaynGO delights us with an anime-inspired slot, based on the Sailor Moon series. Play it for free on SlotsCalendar, then enjoy the splash of magic with 88 No Deposit Free Spins with uncapped winnings from 888 Casino! 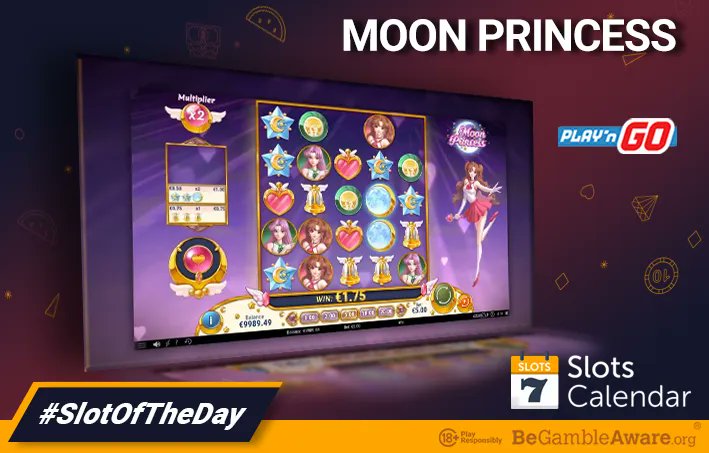 BGaming’s Miss Cherry Fruits Jackpot Party is the second instalment of its Miss cherry fruit series. It's a Hold & Win slot with medium high volatility and a 95.51% RTP. New to the title is Disco Ball respin feature, triggered by six or more Disco ball symbols landing on the reels and awarding a player with three respins rounds. Buy bonus and Buy chance are integrated into the game.
Winnings ・ 12 days

BGaming has been inspired by the Mexican carnival Day of the Dead to develop and launch its new slot called Lucky Dama Muerta. The game is already available at casinos such as Golden Crown Casino, N1 Casino and others. It is a 5x3 slot with unlimited Free Spins and Wild Multiplier, an RTP of 96,16%, and maximum exposure of x2750.
Incidents ・ 19 days

BGaming has enhanced its Lucky Lady Moon slot with Megaways mechanics and new features. The game has 96.8% RTP and plays out on a 5-reel, 3-row field. A new version of the Wild Cash slot will go live in August. It builds upon the latest titles unveiled in the past few weeks. They include a branded slot for crypto players of online casino Duelbits.
Bonuses ・ 08 July 2022

BGaming announced Tuesday the release of its new Halloween-themed slot, “Candy Monsta”. It's the first October launch by the brand and the start of a set of Halloween games. Two more Halloween titles are expected to be launched on October 14 and 18. The first ‘chameleon’-style slot ”Fruit Million“ will also have its Halloween edition, which will be released on Oct 14.
Bonuses ・ 20 May 2022

BGaming to launch The Big Atlantis Frenzy in June 2022. It's a sequel to comedy slot Dig Dig digger. The game features traditional Bonus, Wilds and Free Spins, and will have an independent reel size change option. It follows the launch of a new fairy tales-inspired slot called Foxy Wild Heart. BGaming’s latest title is Penny Pelican. and the recently released package of “Fast Games."
Bonuses ・ 17 May 2022

BGaming has launched a new slot "Foxy Wild Heart". The game is inspired by fairy tales about a fox and a rabbit. It has 20 paylines and maximum exposure of x2800 and HD graphics. The new Foxy is a cunning red fox in a black coat. The Buy Bonus feature with three levels and two unique options makes the game even more thrilling. There are also two options with a 2x2 wild frame and 3x3 wild on top of ordinary Buy bonus to roll the dice.
Bonuses ・ 11 May 2022

BGaming has released a new slot Foxy Wild Heart. The game is already available on King Billy, N1 Casino and other reputable platforms. BGaming is the world’s first to support cryptocurrencies and offer Provably Fair games. Its portfolio includes 80+ products with HD graphics and a clear user interface for every device. It is a fast-growing game provider converting gambling into gaming. Thanks to an expert team and player-driven approach, the studio creates innovative and engaging products featured on reputable platform and 550+ online casinos worldwide.
Bonuses ・ 02 May 2022

BGaming has partnered with iSoftBet to integrate its iGaming products on the British firm's game aggregation platform. The new partnership follows BGaming’s recent release of a series of titles that have been upgraded to include “new mechanics and features” and makes games such as Space XY, Bonanza Billion and Aztec Magic Megaways accessible to thousands of players.
Industry ・ 01 March 2022

BGaming launches its first slot with Megaways mechanics. The game is available on Queenspins, 1win and other casinos. The story of Aztec Magic will be continued shortly. A new slot game with refilling reels will come out in the middle of February.
Bonuses ・ 29 January 2022

Bonanza Billion by BGaming is the most successful slot with refilling reels in the first month after launch. The game exceeded the bets count of the BGamed's top slot Elvis Frog in Vegas by 21%. The changes doesn't affect the features pack. One more slot will be added to the collection following the players' preferences. It will come in Irish-style Clover Bonanza in spring. BGame is a fast-growing game provider converting gambling into gaming.
Christmas ・ 21 January 2022

BGaming has released a new Road2Riches slot game. Road 2 Riches is about adventure and big winnings. The game is already available on Spin Samurai, PlayAmo and others. November will be a fruitful month for BGaming as a Spanish-themed title called Zorro Wild Heart will also be released. BGamed is a fast-growing game provider converting gambling into gaming. It is the world’s first to support cryptocurrencies and offer Provably Fair games.
Winnings ・ 12 November 2021

Crypto player wins $120,000+ in BTC in Aloha King Elvis slot by BGaming. Alohamek Elvis is the sequel of Elvis Frog in Vegas slot. It's one of the most popular brand titles in BGamed's portfolio. The game will be presented at the SiGMA exhibition which will take place in Malta from the 15th to 19th of November. BGame is a fast-growing game provider converting gambling into gaming. Its portfolio includes 65+ products with HD graphics and a clear user interface for every device.
Winnings ・ 12 November 2021

BGaming has added new features to its Dig Dig diggerslot. The new Buy Bonus feature allows players to start a Free Spin Round with Expanding symbols immediately. Chance x2 feature increases the bet and gives the player more chances to play bonus games. The sequel of the Digdiggers lot will be launched later. It will have HD graphics and a 5×3 scheme.
Winnings ・ 04 November 2021

BGaming has added new features to its Aloha King Elvis slot. Buy Bonus and Chance x2.5 are already available for players worldwide. Extra features will be added to other BGaming titles. The studio’s next release is scheduled for October 12th. BGamed is a fast-growing game provider converting gaming into gaming. The brand”s portfolio includes 65+ products with HD graphics and a clear user interface for every device.
Trust and Safety ・ 07 October 2021

BGaming announced Thursday the addition of new features to its recently launched “Aloha King Elvis” slot. The game is the sequel of ‘Elvis Frog in Vegas’ and was released mid-July. It has the ”Buy Bonus“ feature, which gives the opportunity to buy Free spins and Coin Respin bonus. ‚Chance x2.5‚ increases the bet and gives players more chance to hit the Free spin bonus games.
Bonuses ・ 11 October 2021

Join a fantastic party in Hawaii with Aloha King Elvis by BGaming!

BGaming has launched the brand’s new slot Aloha King Elvis. The game is the sequel of the most popular game in the provider”s portfolio called Elvis Frog in Vegas. It is a 5×3 scheme video slot with high RTP (94,9%), 25 winnings lines and a bunch of features to multiply a bet dramatically. The maximum exposure of this game was х16500. BGaming was the world first to support cryptocurrencies and offer Provably Fair games. Today the portfolio includes 60+ products with HD graphics and clear user interface for every device.
Winnings ・ 23 July 2021

BGaming releases Hawaiian-themed slot game Aloha King Elvis. The game is already available at casinos such as Stake, Playamo and others. The maximum exposure of the game is х16500. All the bonus features are available during the Coin Respin Feature.
Winnings ・ 23 July 2021