Betsson goes live with casino and betting platform in Mexico 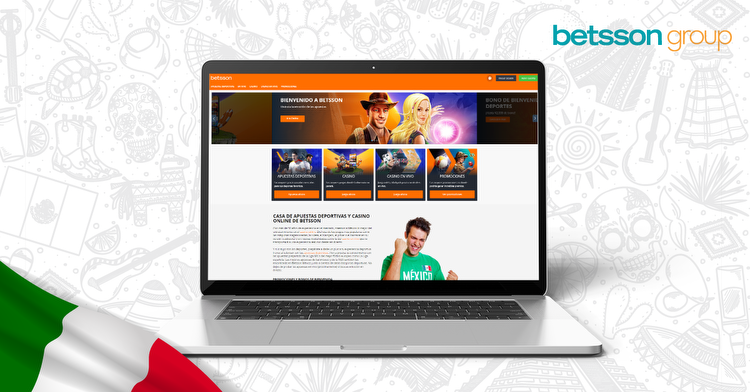 Betsson is continuing to grow its footprint in North America and Latin America at the same time. The company has announced the launch of its local sports betting, and casino brand, Betsson.mx which has gone live in Mexico.

As a result, consumers in the country will have access to a range of solutions that are now made available through the Betsson platform and readily available to anyone of the legal gambling age in the country. This includes regular casino games, live casino, and a fully-fledged sportsbook just on time for some of the biggest sports events this year. Betsson Group Commercial Director for Latin AmericaAndrea Rossi welcomed the news and said that the company was excited to be entering the market.

Mexico is the second-biggest market in Latin America, Rossi explained and added that the Group was determined to bring some of the best gaming experiences to local audiences. Rossi confirmed that the Group will focus on bringing forward engaging products and deliver on the best possible customer experience in Mexico.

This launch follows the pilot test that took place in Mexico earlier this month and will significantly expand the commercial activities of the company in the market. Betsson is determined to continue expanding its footprint in the Latin American region, after having done so in Bogota, Colombia in 2021.

Betsson’s LatAm and Maltese teams are collaborating to spearhead the company’s growth in the region and deliver on the desired quality of sportsbook and casino experiences, backed by strong gameplay and gamification features. Betsson operations CEO Jasper Svenson was equally excited to have the opportunity to welcome this important milestone for the company.

He said that this achievement contributed to the geographical diversity of the Group and was a step forward for its growth strategy. There is a lot of potential in Latin America and its markets, Svensson added and argued that Mexico will give a significant boost to the company’s footprint in the markets it wishes to conquer moving forward.

The World Cup is also just around the corner which will result in a very strong windfall for Betsson.mx when the soccer games begin later this year. Betsson has of course been active in Latin America since 2008 by the Group’s own estimates. This means that Betsson is historically linked to the markets in the region, but more can be done as South America is now witnessing a solid push towards the legalization of its gambling industries.

Betsson also maintained very strong financial results in the second quarter of the year and the Group recently signed a new brand ambassador to represent it in the Latin American region.

@BetssonGroup launches in Mexico The group is expanding in Latin America, which is already its biggest market. 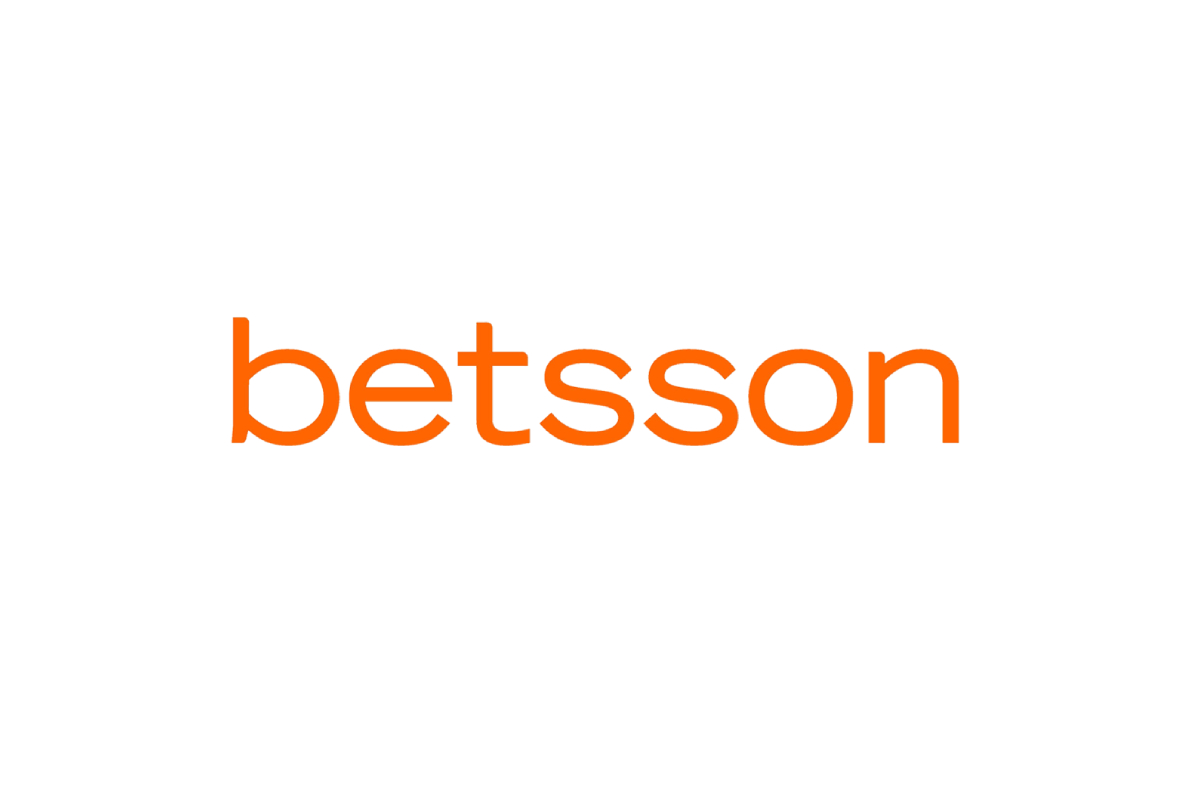 Light & Wonder debuts online casino content in Mexico with Rush Street Interactive’s RushBet brand. RSI operates sports betting and online casinos in the country. The first batch of titles to hit the market in Mexican market include 88FORTUNES, MARVELLOUS MOUSE, and DRAGON PALACE by ReelPlay. A further range of exciting content, including player favorites from the land-based environment, will follow in coming months. Light &Wonder is the leading cross-platform global game company. It delivers immersive content for operators and tribes worldwide.
Sports ・ 23 hr

NeoGames S.A. subsidiary Pariplay has been approved as a registered supplier for the regulated market of Buenos Aires City, Argentina. The registration was gained from the lottery of the Government of City of Aires. Par iplay is offering operators in the city a wide portfolio of Tier-1 and localized content through its Fusion platform. Fusion comprises 14,000 titles from over 80 leading providers. It also provides operators with access to all gaming verticals through a single API integration. The aggregation platform also allows operators to activate a set of expertly designed gamification and player retention tools.
Sports ・ 21 days

Online Gambling Is Taking Off in Latin America

Online gambling is booming in Latin America. Uruguay, Argentina and Mexico are seeing significant growth in the gaming industry. Legalizing all types of gaming throughout Latin American would boost the continent’s gambling industry and the economy.
Law ・ 16 August 2022

What Are The Prospects For Online Casino Operators In Latin America In 2022?

Latin America is one of the most promising regions to start an online gaming company in 2022. Mobile gaming is particularly well-liked in these countries. There are regional differences in internet gambling laws and how much money online casino operators make.
Strategy Guide ・ 16 July 2022

Konami expects no major development in regulations in Latin America in 2022. The company plans to expand sales of DIMENSION products throughout the region.
Strategy Guide ・ 13 July 2022

Pragmatic Play has launched its products with Argentinian iGaming casino Pálpitos. The launch is part of Pragmatic's expansion plans in the Latin American market.
Industry ・ 07 July 2022

PressEnter: "Latin America will ultimately become one of the largest regulated online gambling jurisdictions in the world"

Pragmatic Play has signed a deal with Bet7K. The provider is expanding its presence in Latin America. It is following its localization strategy, which sees it target budding markets in South America and Brazil.
Live Gambling ・ 23 March 2022

PressEnter Group has introduced its Ultra Casino in Peru and Chile. This marks the company's debut on the Latin American market. Ultra Charge is a loyalty program that offers daily rewards and individual rewards. PressEnter plans to expand in Latin America in the coming year through the launch of Ultra casino in other countries.  Peru and Chilean both are in process of reinvigorating their gaming industries. Peru has a new set of laws on iGaming space and is advancing its online gaming regulations. David Plumi, ex-Betsson executive, was appointed Pressenter's Regional Manager for Spain and Latin Africa earlier this year.
Movies ・ 11 March 2022

Pragmatic Play is expanding further into the LatAm region. Pragmatic Play has signed a deal with One Bit Tech.
Live Gambling ・ 15 February 2022

Pragmatic Play partners with One Bit Tech to supply its operator partners in Latin America with two of Pragmatics Play's leading verticals, slots and live casino. It marks further expansion for Pragsmatic play in the region following its recent commercial success in multiple verticalS. One bit tech is pleased to bolster its offering with Prages' diverse and comprehensive content.
Live Gambling ・ 14 February 2022

Colombian sports betting and online gaming brand Colbet is preparing to launch online casino operations in the Latin American country. ColBet will undergo a shedding to assume the name of its majority stakeholder Betsson.
Finance ・ 21 January 2022

SkillOnNet has partnered with Ortiz Gaming to strengthen its presence in Latin America. The content partnership focuses on the bingo segment.
Bingo ・ 18 January 2022

SkillOnNet partners with Ortiz Gaming to expand LatAm presence. Online casino platform has added a selection of new bingo content to its game portfolio. The video bingo developer has designed a range of titles from various formats and themes. The games include Beach Bingo, Goal Mania and Roma Bingos. Ortiz gaming plans on localising its content offering for Latin American markets, with a large focus on Mexico. PlayUZU and BacanaPlay are already available in the region.
Industry ・ 18 January 2022

Endorphina has strengthened its partnership with Betsson Group via distribution of its innovative games across a number of markets in Latin America. Endorphinas games include Buffalo 50, 2021 Hit Slot, and Hell Hot 100.
Industry ・ 20 August 2021

Ortiz Gaming and Gametech announce a software partnership for online bingo games in Mexico and Latin and South America. The deal will cover Mexico with plans to expand to other parts of Latin & South American. Gamethoch has a one-year endorsement and brand ambassadorship agreement with Mexican boxing champion and icon, Saul 'Canelo' Alvarez. Big Bola Casinos, one of Mexico's largest licensed land-based casinos, will launch Vale.mx in March 2021. Big bola is one the only 14 operators legally authorized to offer legal betting and online casino services in the country.
Bingo ・ 18 August 2021

Vale.mx has surpassed 75,000 registered players. Gametech partnered with Big Bola Casinos to launch Vale.MX in March 2021. It has more than 700 of the best new online premium casino games. The company has a one-year endorsement and brand ambassadorship agreement with Mexican boxing champion Saul "Canelo" Alvarez. Mexico is the leading gaming market in Latin America. According to studies, Mexico has around 55.8 million players who spent approximately USD $1.6 billion in 2018 and USD$1,8 billion in 2019.
Sports ・ 30 July 2021

Codere Online is going to become the first publicly listed Internet gambling operator in Latin America. It is the online gambling division of Spanish gaming and sports betting powerhouse Codere Group. CodERE has a strong presence in Spain, Mexico, Colombia, and Panama and plans to enter the City of Buenos Aires’ regulated market by the end of the year.
Sports ・ 23 June 2021

Caleta Gaming's entire portfolio will be available at Big Bola, a Mexican-facing online casino. Caleta has a library of more than 70 games.
Sports ・ 29 July 2021