Bally's Makes Its Pitch For Chicago Casino At Tribune Site 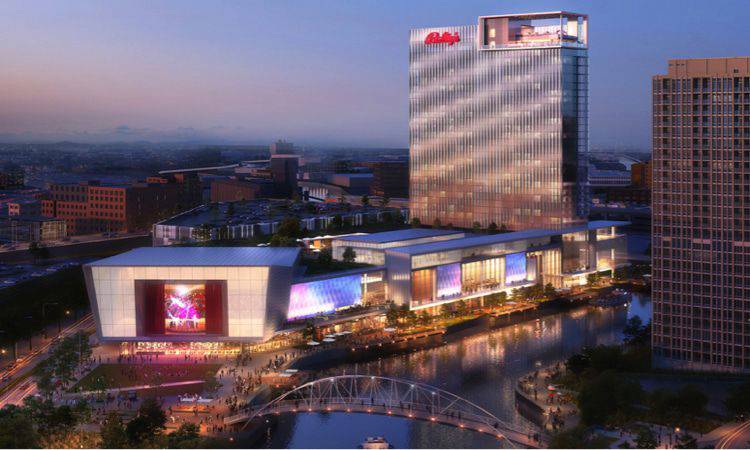 Bally's is one of three finalists for the downtown casino license. Bally’s Chairman Soo Kim made a presentation to Chicago-area residents Wednesday evening. Hard Rock made its pitch Tuesday evening at Harold Washington Library. Rush Street will discuss its Rivers 78 proposal in the South Loop area on Thursday evening, too. The city is projecting annual tax revenue of approximately $200 million from the casino. The money would be earmarked to address funding shortfalls in Chicago”s fire and police pension plans. Illinois could also receive approximately $248.7 million in taxes generated through all 11 of the state‘s venues in 2021.

Bally's Tribune proposal is the closest to downtown. The River West area where it is proposing to build sees significant traffic. It is also the only one of the three finalists with plans to built on the north side of Chicago. Bally’s has proposed modifications to the traffic signals at the intersection of. Chicago, Ogden, and Milwaukee Avenues, as well as the creation of Jefferson Street. The original traffic development plan expected 4.3 million square feet of use and 5,600 residential units. Tim Doron, who authored the original study, says the proposal would contribute to 60% less traffic during the week in the morning and 10% fewer traffic in evening.

Bally's has made a presentation for Chicago Casino at Tribune Site. Two of the three videos promoted minority investment opportunities. Bally’s set a goal of 60% minority hiring for the casino. Four of Baly's nine directors are women and/or minorities. Kevin Hicks, one of minority investors, said Bly”s put together the right balance of generating revenue and investing in workforce development. He has family members on the city“s police force.  The other proposals had more transparency and inclusivity than the Bary‚s bid.

The question-and-answer session mainly circled back to traffic concerns and safety issues. Many residents who asked questions said they were doing so on behalf of their condominium associations. Kim pointed out that the casino proposal was using less space than what the development provided and committed to not removing any affordable housing on the parcel. Bally's will be flexible with regards to the project as it moves forward. The company understands the importance of investment at the local level. It's not just about making money, but making it the right way.

Bally's River West proposal is a finalist for Chicago's first casino. The proposal would be located at the Chicago Tribune printing site. It is one of three bids for the project. A special committee has not yet finished its work. Bally’s has offered to pay $25 million upfront to the city. The other bidders have not offered up any money. All three proposals met opposition from local residents. They are concerned about the cost and the location. There are concerns about all the proposals.
Jobs ・ 10 May 2022

Rush Street Gaming is trying to differentiate itself with two other bidders to build and operate a casino in downtown Chicago. Rush Street says it can have Chicago’s city casino ready to open in 2022 by repurposing the historic Lakeside Center at McCormick Place.
Sports ・ 17 December 2021