The letters spelling “Bally’s” from the outside of the historic Strip hotel-casino Bally’s Las Vegas were removed on Monday, a major milestone in the property’s rebranding into Horseshoe Las Vegas. The venue’s transformation was first unveiled by Caesars Entertainment in January this year, and will also include new entertainment and food and beverage options, a redesigned casino floor and public areas, and more changes.

Some seventy years after the first Horseshoe Casino emerged in Downtown Las Vegas, the brand is now making a comeback, although now at the center of the famous Strip. Bally’s Las Vegas first opened as the MGM Grand Hotel back in the 1970s –among the world’s largest hotels at the time–, and after a major fire in the 1980s, it was then rebuilt and purchased by Bally Manufacturing in 1986, seeing its name change in the process.

A new rebrand is now set to transform the venue once again, as Bally’s Las Vegas will pave the way for the reintroduction of the Horseshoe brand to the gambling mecca. In an effort to keep with Horseshoe’s “classic sophistication,” the design team will incorporate a handcrafted feeling with tooled leather, dramatic colors, and the brand’s signature gold horseshoe iconography. Work on the resort and casino is expected to be finished by the end of the year.

The transformations are being carried out over time, ensuring the casino does not disrupt its operations during its transition. At a coveted location for gaming, Horseshoe Las Vegas will occupy the 50-yard-line of the Las Vegas Strip at the corner of Flamingo Rd. “2022 starts a new era for the Caesars Entertainment empire in Las Vegas, one being heralded by the return of Horseshoe,” Sean McBurney, Regional President of Caesars Entertainment, said in January.

As part of the transformation, Caesars officials announced in July that the upcoming Horseshoe Las Vegas will feature an all-ages video game arcade in its former sportsbook space. The project, called Arcade, is set to open at some point this fall, although no official date was confirmed at the time of announcement. The Arcade is one of several projects associated with the makeover, and follows the recent addition of Jack Binion’s Steak.

Caesars Entertainment stated Arcade will have more than 80 games, ranging from classics to new releases, in a 7,000-square-foot space on the first level of the property near the food court. Sportsbook customers will be able to continue using the Caesars Sportsbook app, and a new counter will be installed at the Horseshoe Las Vegas.

Bally’s Las Vegas deepened the Horseshoe connection this year by hosting the World Series of Poker for the first time along with its next-door sister property Paris. The latest edition of the world-famous poker tournament was held from May 31 - July 19. 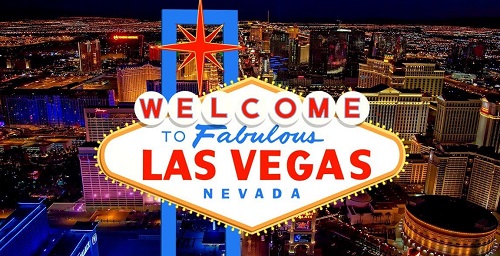 The @TropLV is ’s first property on the Las Vegas strip. 🥂

The Las Vegas Strip is constantly changing. Fontainebleau resort/casino on the North Strip has been on track to open in 2023. Bally's, a Caesars Entertainment-owned resort, is being removed from the property. Caeres will buy Tropicana and bring the Baly's name back to the Strip. The deal to buy the Tropicsana has just cleared a major hurdle.
Land-based ・ 28 days

Bally's Las Vegas casino is being re-branded as the Horseshoe. Caesars Entertainment will install a new counter where wagers can be made. The Hard Rock Las Las Vegas casino will open in 2025.   The Mirage will be closed for another two and a half years. It will not be replaced by the new resort. There are no plans to renovate the current Bally’s poker room. Hardrock Las vegans will have to wait for the opening of their new casino for at least two more years, as it is not specified if it will close.
Land-based ・ 01 September 2022

Caesars Entertainment Inc. is bringing the Horseshoe name back to the Las Vegas Strip. The renovation at the Caesar's Entertainment property is expected to be completed by the end of the year.
Land-based ・ 28 August 2022

The letters spelling "Bally's" were removed from the outside of the historic Strip hotel-casino Bally’s Las Vegas on Monday. The venue's transformation was unveiled by Caesars Entertainment in January this year. It will pave the way for the reintroduction of Horseshoe brand to the gambling mecca. Arcade arcade is set to open at some point this fall. The transformation is expected to be finished by the end of this the year and will occupy the 50-yard-line of Las Las Strip at the corner of Flamingo Rd.
Sports ・ 24 August 2022

Bally's Las Vegas Hotel & Casino will re-brand to take on the historic Horseshoe name. The resort and casino originally opened as The MGM Grand Hotel back in the 1970s. In 1986, Bally Manufacturing purchased the resort. Caesars Entertainment is planning on making many renovations to the interior and exterior of the building.
Land-based ・ 24 August 2022

Caesars Entertainment Inc. is putting its Flamingo Resort Casino up for sale and rebranding Bally's Resort casino under the Horseshoe name. MGM Resorts International traded Mirage for the Cosmopolitan. Las Vegas has bounced back spectacularly after the financial crisis. The Las Las Vites Strip is the most valuable 4.2-mile stretch of land in the world.
Land-based ・ 07 July 2022

Arcade with over 80 games to open on Las Vegas Strip

Bally's Las Vegas is rebranding to Horseshoe Las Las. Caesars Entertainment announced Wednesday that a large arcade with over 80 games will open this fall. The arcade will be located on the first level of Bally’s near the food court.
Land-based ・ 06 July 2022

Caesars is bringing an iconic brand to the Las Vegas Strip. The company has already released its plans rebranding Bally's Casino under its Horseshoe brand. The Mirage Volcano attraction will soon make way for a Hard Rock Guitar Hotel.
Land-based ・ 25 May 2022

Caesars Entertainment will rebrand its Bally's Casino on the Las Vegas Strip under its Horseshoe brand. Caesar's owns a variety of casino brands that operate on Las Las. Strip. Baly's Corporation recently purchased Caeres' Bary's. The company plans to rebranded another property under the old-school moniker.
Land-based ・ 28 February 2022

This week's gambling news includes the end of the Las Vegas face mask mandate. Caesars is leaving Las Las. Vegas as both the.
Covid ・ 19 February 2022

Caesars' Lumière Place casino in Missouri is set to become Horseshoe Saint Louis. The transformation is expected to be complete in spring 2022. Hourseshoes was launched in 1951 and is known for its classic style and gambling experience. Lumiere Place has a 75,000-square-foot casino, slot machines, table games, and a new WSOP Poker Room. It also features a 400-ft tunnel and the Lumerère Link.  The LummerèreLink is a moving walkway between the central business district and Luminèreplace resort.
Poker ・ 10 February 2022

Bally's Las Vegas Hotel & Casino is being transformed into the Horseshoe Las Las Vegas. The Hoursesho brand dates back to the early 1950s and is associated with high-limits gaming. Benny Binion is famous for hosting the World of Series of Poker at his Hurseshoes. Caesars Entertainment owns six Hrshesoe-branded casinos around the country. The World Series will be held at the Rio All-Suite Las vegans Hotel and Casino from May 31 to July 19. It will also be the first time the poker tournament is held on the Las vegans Strip.
Poker ・ 29 January 2022

Bally's is the new home for the World Series of Poker. Bally will undergo renovations and a complete rebranding as Horseshoe Casino.
Poker ・ 26 January 2022

Bally's Las Vegas is getting a new name this spring and will be rebranded to Horseshoe Las Las Vega in spring 2022. The rebrand will include a renovated exterior, "reimagined" casino floor and new entertainment and food options. Hoursesho Casinos will play host to the World Series of Poker this summer. It will also be the first time the tournament is hosted on the Las Nevada Strip.
Poker ・ 15 February 2022