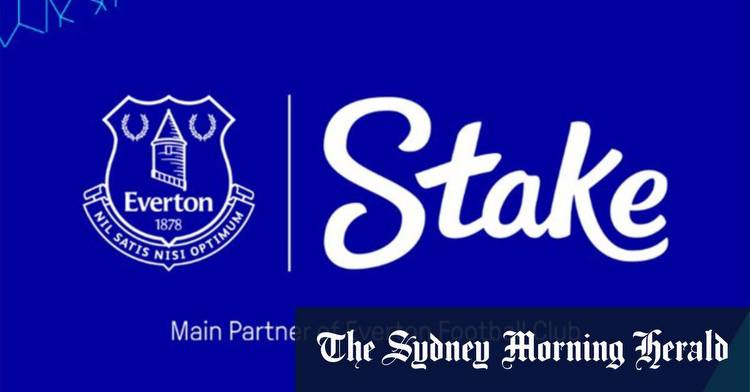 Australian-founded and led crypto casino Stake has signed a multi-year deal with Everton FC to become its main sponsor after the English Premier League club lost several sponsors due to sanctions brought in after Russia’s invasion of Ukraine.

As revealed by The Age and The Sydney Morning Herald last year, Stake.com was founded in Australia by two gaming entrepreneurs in their 20s – American-Australian Bijan Tehrani, 28, and Sydney-born, Melbourne-based Ed Craven, 26, who recently purchased a home in Toorak for $38 million.

Since its inception in 2017, Stake has grown to be one of the biggest online casinos in the world, handling over $US100 billion in bets across a range of casino games and sports betting services.

The group has an office on Collins Street and is legally part-operated from Australia due to loopholes in Australian legislation that allows online casinos to have operations here if they don’t serve any Australian customers. Cryptocurrency betting is banned in the UK. France recently also banned Stake from operating in that country over concerns French customers were illegally accessing the site.

Everton, a top-tier club where Australian football sensation Tim Cahill played for eight years, avoided relegation this year after a horror season, where it finished 16th in the 2021/2022 season. The club is also in financial strife in part due to losing a host of sponsors linked to Uzbek billionaire Alisher Usmanov.

While the exact size of Stake’s sponsorship deal is unknown, the Usmanov companies’ deal with Everton was worth £20 million a year, according sports publication The Athletic. As part of the deal, Everton exercised its option to cancel its main jersey sponsorship deal with UK car dealer Cazoo.

Stake was the main jersey sponsor for EPL upstarts Watford FC before the club was relegated to English Football League Championship after 25 consecutive losses.

signs record Everton FC sponsorship deal has signed a multi-year deal to feature on the front of Everton FC shirts. 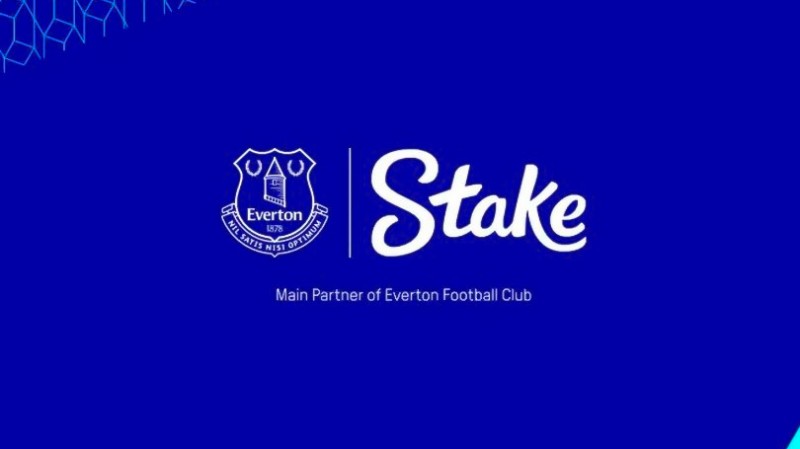 Stake, an Australian-founded and led crypto casino, has signed a multi-year deal with Everton FC to become its main sponsor. The deal comes shortly after Drake was signed as its global brand ambassador. Stake was founded in 2017 by American-Australian Bijan Tehrani and Melbourne-based Ed Craven. It handled over $US100 billion in bets and sports bets. Everton avoided relegation this year after a poor season. The club is also in financial strife due to losing a host of sponsors linked to Uzbek billionaire Alisher Usmanov.
Crypto ・ 12 days
Yogonet

Belgium is seeking to ban gambling advertising by late 2022. The new project intends to prohibit companies and platforms to advertise on television, radio, social media, posters on the street, in newspapers or via personalized email, mail and text messages.
Lottery ・ 11 May 2022

Wayne Rooney is a football legend and a gambling fan. He played for Manchester United and the England national team.
Religion ・ 27 January 2022
Vegas Slots Online

Easygo Gaming is a successful start-up based in Melbourne. The founders of Easygo are behind Stake.com, the world's biggest online cryptocurrency casino. St.ake is also the shirt sponsor of Watford. It is registered and licensed in Curacao and operates from Australia. Anti-gambling advocates are concerned about the operation. Online casinos have been banned in Australia for more than 20 years. It's legal to operate an online casino from the country as long as it does not serve people in the Australia or advertise here. Some of the games Easygos develop are casino games for Stakes.
Crypto ・ 10 December 2021
Vegas Slots Online

A tribunal in London has sided with a former worker of a Crown Resorts-owned casino in Mayfair. The tribunal found the business guilty of race discrimination.
Incidents ・ 02 November 2021
Gambling News

Mansion Group's MansionCasino brand has successfully launched operations in Spain. Other brands of the group are expected to become available in the country in future.
Strategy Guide ・ 22 October 2021

Star Entertainment has been enabling suspected money laundering, organised crime, large-scale fraud and foreign interference within its Australian casinos for years. The Star Entertainment Group runs casinos in Sydney, Brisbane and the Gold Coast. It cultivated high-roller gamblers who are allegedly associated with criminal or foreign-influence operations. They were wooed by Star with luxury goods, free hotel rooms and other incentives. The firm’s failings are exposed in internal company documents, court cases and law-enforcement intelligence briefings.
Incidents ・ 10 October 2021
Big Spin Casino

Australia is 4th in the world in terms of gambling. The amount of money spent on gambling increased from $23.7 billion in 2016-2017 to $24.9 billion in 2017-2018. Victoria is the most gambling state in Australia, with a profit of 13%. The gambling games that are most widespread in Victoria are slot machines, poker, blackjack, and roulette.
Poker ・ 29 September 2021
NFL Draft Diamonds

What do NFL players do on their days off?

NFL players are involved in many creative activities during their free time. They play poker, poker games, online casino games and poker. They use pokies to get real payouts. In this article, we provide you ways NFL stars have fun and rest.
NFL ・ 23 September 2021
Football Talk

Wayne Rooney had problems with gambling after his football career. He is now the manager of Derby County. He also has a book called "How I Got Out of Gambling".
Strategy Guide ・ 13 August 2021
Purple Revolver

Bristol City Football Club confirms that MansionBet will keep its place as the club's main partner and front-of-shirt sponsor over the 2021/2022 season. Mansionbet is part of the online casino and gambling provider Mansion Group. The gambling brand's logo will be displayed upon the football clubs home and away shirts during the next campaign.
Sports ・ 22 June 2021