Pete Keogh's son died by suicide because of a gambling addiction. He is campaigning for a change in the gambling addition laws in Northern Ireland. Last week two betting adverts from major firms were banned by authorities. ASA described the ads as “socially irresponsible” and ‘disproportionately affecting a vulnerable group’ Mr Kegho believes there is still work to be done. He believes more gambling levy is needed to enforce the laws. The Advertising Standards Authority (ASA) banned two ads by Coral and mobile casino game, Wolf Gold, for promoting gambling on horse racing and for suggesting that gambling was a way to solve financial concerns.
Mobile ・ 4 days

Michael Owen is accused of promoting an unregistered crypto casino in the UK. He has been asked to delete the tweet from all social media platforms. Punt Casino is a fully licensed Curacao casino operating under the rules and regulations associated with that license. The ASA has successfully settled the case. Last month, Owen attracted a similar controversy after he promoted an NFT project. The footballer has had problems with regulators over his sponsorship deals. It is illegal to promote a gambling platform without a license from the Gambling Commission. Bookmakers targeting UK customers do not work with crypto because the practice carries significant risks of money laundering and illegal activity.
Incidents ・ 12 days
Focus Gaming News 13 days
@FocusGamingNews

#tuesdayvibe We need your help ASAP! We lost our violet owl Evo and can't find him!😱 How careful are you? Try to find Evo in the picture! 🤔We searched and failed! Can you? 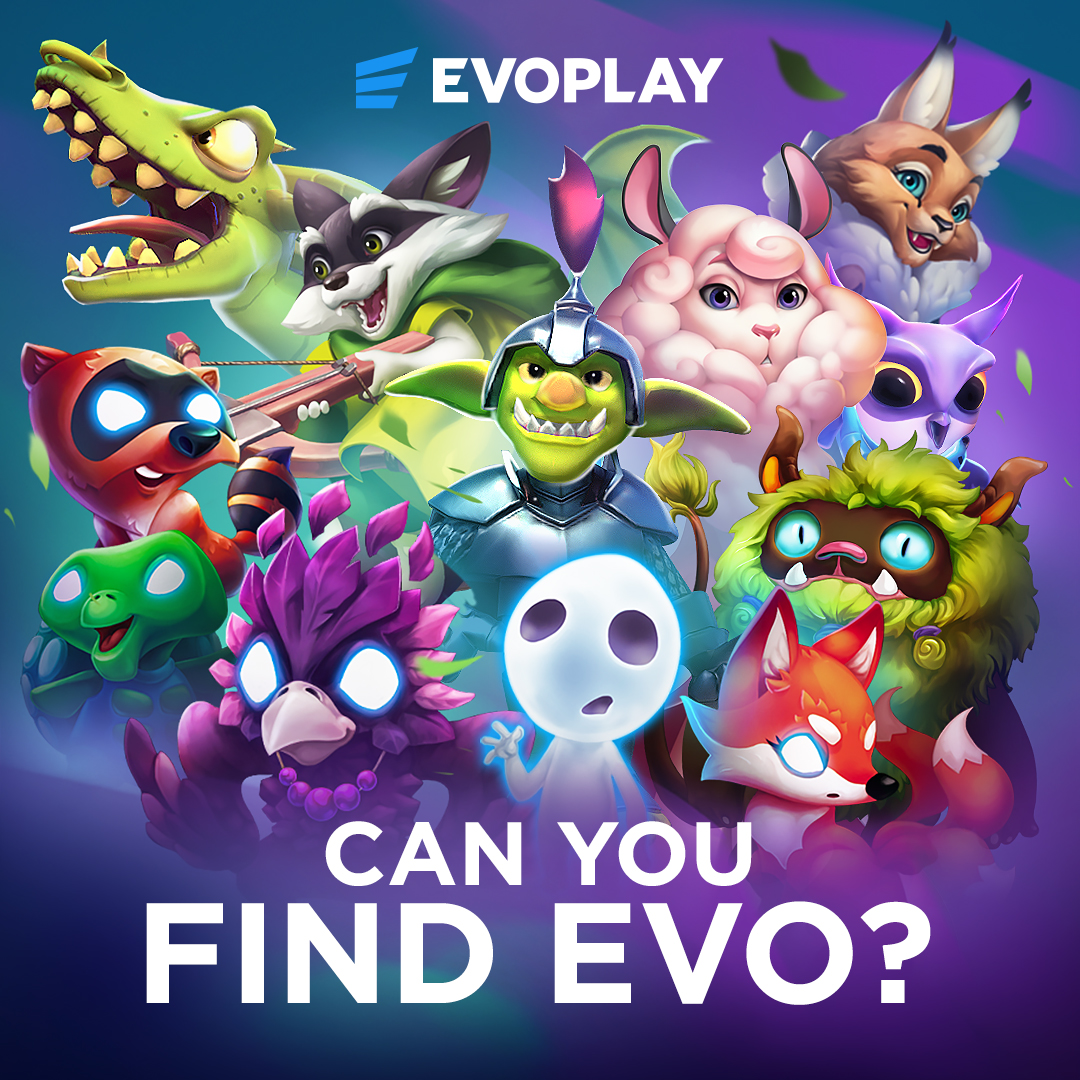 What does "no wagering" mean, and why is it advertised so much?

Some casinos came under fire a few years ago for having confusing promotional terms. Now, players are demanding more transparent T&Cs and fairer practices. This has led to the invention of bonus deals without wagering requirements attached.
Gaming Authorities ・ 21 June 2022

ASA bans Paddy Power ad for prioritizing gambling over family duties. TV spot showed a young man playing the Wonder Wheel game on the website with his family present but him glued to the screen of a smartphone.
Mobile ・ 15 June 2022

Dan Waugh is a strategic advisor at Regulus Partners. He questions the quality of the evidence on which the government will base its gambling review white paper. The government is close to publishing its whitepaper on the reform of Britain's gambling laws. The report from Public Health England, which claimed that betting and gaming cost the state £1.27 billion a year, is almost entirely made up. It is this attitude that is at the heart of policy-makers' problems. They need a robust fact-checking system to interrogate and weigh testimony. Without it, the parliament is unable to apply proper legislative scrutiny.
Incidents ・ 17 May 2022

Arkansas Scholarship Lottery's revenue and amount raised for college scholarships in April slipped from a year ago. The average price of regular unleaded gas in Arkansas reached $3.99 a gallon Wednesday. Lotteries director Eric Hagler says record fuel prices, higher ring in the grocery lane and rising interest rates have all combined to create unusual headwinds. In April 2021, the lottery's revenues reached $65.5 million and the net proceeds for scholarships hit $12.2 million. The lottery started selling tickets Sept. 28, 2009. It's helped raise money for Arkansas Academic Challenge Scholarships for more than 30,000 students during each of the past 11 fiscal years.
Lottery ・ 12 May 2022

Delaware North's Southland Casino Racing in Arkansas has opened a new gaming floor. The expansion project is expected to cost $320 million and create 400 permanent jobs. Construction continues on a 20-story, 300-room hotel tower. Online sports betting debuted at Southlands last month.  It was the first in the state. It will be the tallest building in Arkansans outside of Little Rock.
Land-based ・ 09 May 2022

UK Online Casino is under scrutiny by the ASA over misleading promotion. ASA will uphold a complaint about an irresponsible and misleading feature.
Gaming Authorities ・ 19 April 2022

UK to ban celebrities popular with under-18s from gambling ads. New rules are set to take effect from October this year. UK gambling companies have raked in billions of pounds in profits over the past few years. Public Health England noted increasing concern about problem gambling. The gambling market earned 14.2 billion pounds ($18.64 billion) in 2020. It has been tightening the rules on gambling in recent years, including a cap on the maximum stake on terminals and stricter age and identity checks for online gambling and more support for those who become addicted.
Sports ・ 05 April 2022

Safety regulations for online gaming in the UK

There are safety regulations for online gaming in the UK. Be mindful of your surroundings and who is around you in a game or chat room. Don't share personal information such as bank account numbers. Report anything suspicious.
Industry ・ 28 February 2022

The Church of England has warned children risk being targeted by gambling adverts on social media. The ASA dismissed complaints about poker advert on YouTube because most of the audience was over 18. Bishop of St Albans said the ruling set a concerning precedent for promotions on Facebook and Twitter. The church has 55,000 child problem gamblers in the UK. ASA received complaints over sponsored posts on the Calfreezy prank and stunt YouTube channel.
Religion ・ 08 January 2022

Arkansas Democrat-Gazette raised questions about the lack of funding for the problem gambling programs. The Racing Commission is working to meet the constitutional requirement. In 2015, Hutchinson signed legislation to eliminate the Arkansas Scholarship Lottery's $200,000-a-year contribution to compulsive-gambling treatment and education programs, increasing the amount of money available for scholarships. Former Lotteries Commissioner Smokey Campbell complained about payments to the Higher Education Department and to Legislative Audit. Lobbyist Bruce Hawkins is going to put together a proposal for Racing commission concerning the Problem Gambling Hotline required by Amendment 100.
Finance ・ 03 December 2021

Gambling advertising is more appealing to children than adults. Half of children are exposed to such advertising weekly and around a quarter encounter it daily. The study found that disguised gambling marketing and ads for betting on esports are four times more attractive to kids than to adults, who are more sceptical or annoyed. Dr Raffaello Rossi, the co-lead investigator, is conducting first-of-its-kind research into the use and impact of gambling advertising on social media.
Law ・ 26 October 2021

Gambling ads on social media are appealing to children more than adults. Around half of children are exposed to such ads weekly and around a quarter encounter it daily. Expert Dr. Raffaello Rossi is calling for stricter regulations to control gambling ads. He believes gambling could become a serious addiction. He is conducting first-of-its-kind research into the use and impact of gambling advertising on Facebook.
Law ・ 26 October 2021

Antigua and Barbuda became the first overseas licensing jurisdiction with the Free Trade & Processing Act in 1994. Microgaming helped spearhead the launch of the industry as the first functional casino software company. By 1996, over 200 gambling websites had launched. Most operators reside in tax havens and customers have next to no protections. Today, a majority of countries now regulate online gambling, including the UK.
Law ・ 17 August 2021

Tense ‘Everybody Sing’ jackpot try is also an emotional triumph

How can the gambling industry overcome online marketing limitations?

The Advertising Standards Agency (ASA) states that gambling ads must not portray, condone or encourage behaviour that could lead to financial, social or emotional harm. Many websites such as Lottoland support a healthy approach to gambling. Lotteland is regulated by the Gibraltar Gambling Commission and the United Kingdom G gambling commission and is licensed by Irish National Excise Licence Office.
Industry ・ 06 July 2021

The Latest: Tens of thousands on Vegas strip despite warning

Tens of thousands of people are out on the Las Vegas Strip on New Year's Eve despite warnings from the governor. Most everyone is wearing a face mask. The tourist-dependent economy of Las Las has been hit hard this year because of the coronavirus. New Years Eve is typically one of biggest parties in the city with more than 330,000 revelers. This year casinos are limited to 25% capacity, most nightclubs are closed and the fireworks show was canceled.
New Year ・ 19 January 2021