The R Franco 3-reel land-based slot machine Gnomos is one of the most popular games played in the Spanish market. Gnomos Mix, the online version is now available thanks to MGA Games,, leading developers of online slot games, and the game is generating great expectations and interest among operators. In fact, due to exclusive pre-sales rights, some operators, Codere,CGM, Wanabet and Sportium, have already discovered the potential of this new game with users and are reaping record profits.

Gnomos Mix is the second R Franco slot machine game developed and distributed online by MGA Games. The first was Santa Fe Mix, released in March, and to date, it has been the highest-performing release of 2022.

Once again, MGA Games has managed to perfectly reproduce the style of the land-based machine in its online version, Gnomes Mix. With the original music and the lucky forest elves from the land-based game, the online version is immediately familiar and recognisable to players.

The new production also incorporates 5 mini-games that are accessed at random with the combination of certain symbols and allow you to accumulate more prizes or get extra spins. These mini-games take players to a magical forest where flying fairies and good-natured gnomes show them cauldrons full of riches.

Among other new features in the online game Gnomos Mix, is new mathematics and higher volatility. The biggest challenge in developing the slot game was adapting it to the mobile platform. However, MGA Games has delivered a technologically perfect, agile game easily playable on any mobile device with minimal loading time.

Gnomos Mix is available for all online casinos in Spain from Monday 30th of May. In addition, MGA Games is already working on launching four other internationally successful R. Franco products, such as Neopolis, RF Angels, Bowling, and Burlesque, which will all come to fruition online in the coming months. 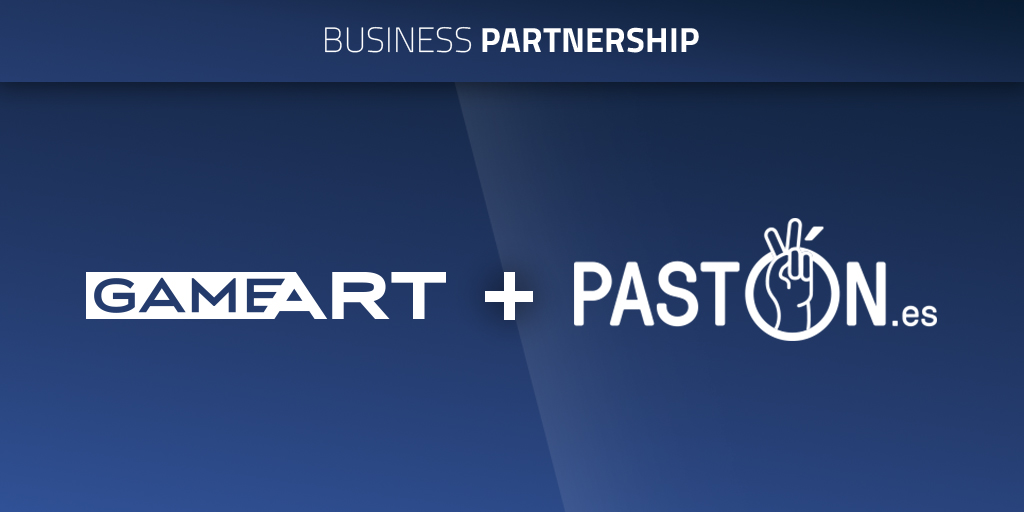 This week European Gaming has compiled a list of the latest slots releases. RF Angels is a new online version of a land-based game. Dublin Up DoubleMAX is set in an enchanted forest and features Yggdrasil’s proprietary Game Engagement Mechanic (GEM) DoubleMax. Mimi and the Magic Staff is from niche game studio Golden Hero.
Industry ・ 19 days

MGA Games has partnered with StarVegas.es to create a new content boost. More than 30 new games will be added to the casino's library.
Malta ・ 07 July 2022

StarVegas.es has added 30 new games from MGA Games to its casino offering. The catalogue of games is to be launched progressively. The collaboration will also provide StarVega with the personalised attention of the account management team and access to a series of marketing tools. It will strengthen Mga Games' position as a leading provider for the Spanish market. M GA Games develop localized slot, video bingo, and table games that excite players and bring value to operators.
Malta ・ 07 July 2022

R. Franco Digital has released Witches South, a new online slot game. It's the sequel to Witches North, which was released earlier this year. The game is dynamic and has multiple language options. There's a Bonus symbol that triggers a choice of prizes when the symbol appears on reels one, three and five. Free Spins game triggers when Scatter symbol lands on those same reel, awarding 15 spins.
Malta ・ 05 July 2022

EveryMatrix has an agreement with the National Lottery of Malta to provide online games for the operator.
Lottery ・ 01 July 2022

R. Franco Digital has launched Vacuum Buster. The game is set across five reels and home to 20 paylines. It's a game about cleaning up a world of chaos and disorder. Players must grab a vacuum cleaner and start hunting for lint. Three scatter symbols award 20 free spins. Two wilds can be used simultaneously.
Bonuses ・ 07 June 2022

Cafe Casino 3D Slot: "Reign of Gnomes" is a treasure trove of bonuses

Cafe Casino’s latest 3D slot “Reign of Gnomes” from Revolver Gaming is a treasure trove of bonuses. The game uses a 243 Ways to Win format and features animated characters, dragons, brave warriors, beautiful princesses, and gnomes. It's been validated for fairness by reputable testing agencies and has a high RTP.
Bonuses ・ 23 May 2022

R. Franco Digital swashbuckles through the 14th Century with Wako

R. Franco Digital has launched Wako, its latest online slot that recreates the magical world of Japanese pirates in the 14th century. The game contains 25 winning lines set across 5×3 reels. Wild symbols can nudge either up or down to create a wild reel and create additional opportunities for wins. Landing two shark symbols triggers the Fishing Bonus which reveals mystery instant prizes behind different sea creatures.
Malta ・ 04 May 2022

R. Franco Digital has launched Gnomos ReSpin. The game is based on the popular land-based game Gnoms Mix. It takes players on a journey through a magical world with dynamic gameplay and exciting animations. There are three bonus rounds: Lucky Bonus, Fairies Bonus and Cauldron Bonus. The games is available in Colombian, Spanish and MGA-licensed markets. Mario Benito, Commercial Director of R.Franco Digital, said the game was developed to meet the changing demands and trends of customers.
Malta ・ 05 April 2022

Santa Fe Mix is a 3-reel slot game machine. MGA Games and Grupo Recreativos Franco have developed a digital version of the game for online casinos in Spain. The game was played on Pokerstars for 14 days. It was the first collaboration between Mga Games, Grup Recreatingivo Franco and Recreatedivo Digital. It is the best option for the online casino operators. Santa Fe mix is one of most popular slot games in the history of land-based gambling. Its main character is miner and his donkey. They work hard under the desert sun to find gold nuggets.
Malta ・ 28 March 2022

PokerStars and MGA partner up to produce an exclusive slot series

PokerStars and MGA Games have teamed up to produce an exclusive slot series.
Malta ・ 08 March 2022

R. Franco Digital has launched Cyborg 30L. The game is about semi-human machines fighting each other. Players collect high-paying symbols to create their own cyborg. There are 30 winning lines and Wild symbols and expanding Wilds with a Re-Spin. Cyborg Free Spins round expands upon these features further. Cyborg 30l is the latest addition to R.Franco Digital’s renowned games catalogue.
Bonuses ・ 08 March 2022

R. Franco and Grupo Orenes have joined forces to transform Spanish gambling. The merger will result in the creation of the single biggest manufacturer and distributor for gambling machines in Spain.
Industry ・ 23 November 2021

R. Franco Digital has it sewn up with Buttom’s World release

Buttom’s World is the latest addition to R. Franco Digital's games catalogue. It is available in Spanish and English and is playable in Colombian, Spanish, MGA and Curacao-licensed markets. The operator is expanding its offering across regulated markets globally. The release paves the way for further titles to be released by R Franco. Digital.
Malta ・ 28 May 2021

Mega Moolah is a progressive jackpot slot game developed by Microgaming. It is one of the top-rated online slot games. The African safari theme is attractive among the players.
Winnings ・ 07 May 2021