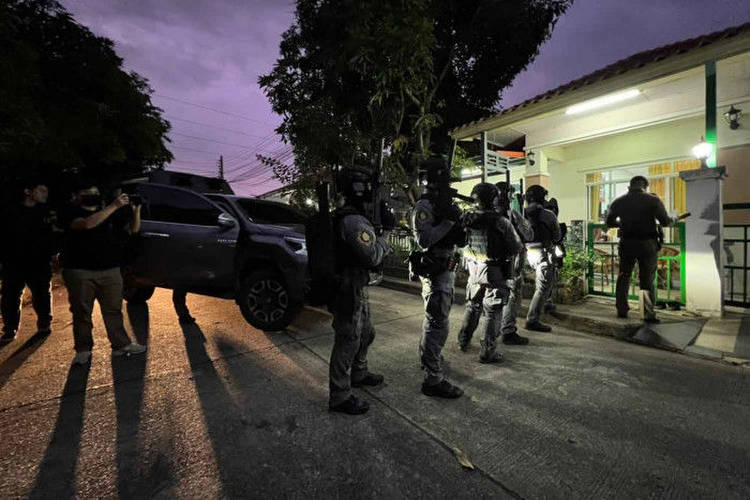 In Khon Kaen, there were three targets.

The first was a duplex on about 1 rai of land at Chonlada Housing Estate, Moo 4, in tambon Ban Pet, Muang district. Police armed with a warrant issued by the Criminal Court for the arrest of Suwat Thanasarnwiwat, alias Sia Ko, 41, searched the house. Mr Suwat was not there. His elder sister and brother-in-law were at the house when police arrived.

The police found and impounded many valuables, including about 100 Bearbrick figurines.

The second target was a house in Papirom Housing Estate, Moo 23, in tambon Ban Pet. Police had a Criminal Court warrant to arrest Sumalee Lertkijpaisal, 45, on charges of illegally operating online  gambling websites and money laundering. Mrs Sumalee is Mr Suwat's mother--in-law. She was taken into custody.

Police found a safe containing valuable amulets, car registration books, a pistol and other valuables, which were impounded.

The third target was a house on 2-rai with a large swimming pool at Moo 16 in tambon Ban Pet, where police had a Criminal Court warrant to arrest Praput Latthisungnoen, 47, alias Sia Nook, on charges of illegally operating online gambling websites and money laundering.

Mr Praput was not at the house. Police impounded many valuables, including about 100 Bearbricks, and also found extension rooms on the ground and upper floors used for bitcoin mining.

Pol Maj Gen Montree, the CSD commander, said the operation on Monday followed a crackdown on Sept 22 when the CSD smashed gambling websites of a network called Fat Fast in 10 provinces. In that operation, 30 suspects were arrested and about 400 assets worth about 460 million baht seized.

It was later learned that Fat Fast was part of a larger gambling network operating through the country.

Fat Fast had been in operation for over 10 years, with Mr Praput and Mr Suwat allegedly being major investors. The network operated like a business, and was divided into several departments such as marketing, administration, accounting and finance.

It was run in the form of franchises. Fat Fast had 109 franchise holders with about 2,000 people employed.

Suspects in the Fat Fast network who were arrested said 7-10 million baht was transferred to the investors on a daily basis.

Pol Maj Gen Montree said the CSD had court warrants for the arrest of 23 key suspects and to search about 60 targets throughout the country.

A large amaounf of assets were seized from suspects arrested on Monday, especially Mrs Sumalee,  including land and luxury cars.

The operation was intended to shut down about 500 online gambling websites controlled by Fat Fast, Pol Maj Gen Montree said. CSD police launched 63 simultaneous raids in 14 provinces to bust a large online gambling network with over 100 franchises and 500 websites. The raids were directed by CSD commander Maj Gen Montree Theskhun from the Provincial Police Bureau’s training centre in Khon Kaen. CSd police arrested 30 suspects in raids against the Fat Fast online casino network on Sept 22. They seized 400 assets worth 460 million baht. Montreree said the network had been operating for over 10 years and sold 109 franchises. It recruited about 2,000 people to staff some 500 gambling websites, he added.
Incidents ・ 17 days
The Nation Thailand

Police in Thailand say they have broken up an alleged online gambling network. The suspected gang had been operating for more than 10 years and recruited about 2,000 people to staff its illegal activities. Raids were conducted in 63 locations across 14 provinces in the country. Thailand has been stepping up efforts to crack down on illegal online betting. In late October, police said it had bust a Chinese-owned online gaming operation with an estimated daily turnover of THB500 million (US$14.0 million).
Incidents ・ 17 days
Gambling News

Cambodian police have been conducting an operation against illegal gambling for more than a week. The results are astounding.
Law ・ 03 October 2022
Super Slots Casino

2 members of an online gambling website with over 50 million baht in circulation have been caught in Chiang Mai and Prachuap Khiri Khan provinces. They were arrested on warrants issued by the Phuket provincial court on March 25 this year for operating an illegal website.
Gambling Sites ・ 06 April 2022
Yabby Casino

Three women were arrested for operating a gambling website with over 30 million baht in monthly circulation in Mae Sot district of Tak province. The website offered many kinds of gambling - baccarat, slot machines, roulette and card games - 24 hours a day. They were working for jokerslotz999.com, which employed at least 20 staff.
Incidents ・ 01 March 2022
Pattaya Mail

Government officials and police arrested many suspects, impounded properties and froze 50 bank accounts with financial transactions worth over 20 billion baht. The suspects are believed to be involved in an online gambling network. The government’s committee probing damage to the state received complaints from parents that their children had been lured into online gaming at about 10 websites. Warrants were issued for the arrest of 52 suspects in the online betting network and officials asked the Ministry of Digital Economy and Society to shut down the websites, MrApiwat said.
Incidents ・ 29 January 2022
Bangkok Post

Online gambling ring busted in Nakhon Sawan. Five men arrested on charges of operating a website for a major online gambling network. The operation had more than one billion baht in circulation. It took bets for many kinds of gambling and offered consultation services to gamblers. The investigation is being extended to trace the money trail and arrest others involved. Two other gambling sites were raided in Phitsanulok and one in Bangkok on Saturday.
Incidents ・ 22 January 2022

Eight people were arrested after police raided an alleged illegal gambling operation at a house in tambon Ban Suan, Muang district. The suspects were using the house as a centre to administer online gambling websites.
Law ・ 21 January 2022
Bangkok Post

Police arrested eight suspects operating three gambling websites with over 100 million baht in monthly circulation. They were operating the websites in Chon Buri province. Seven computers and 29 mobile phones were seized for examination as evidence. The suspects were taken to ChON BIRNI Police Station for legal proceedings. They each received a monthly payment of 12,000 to 15,00 bht to provide information to customers and oversee their transactions.
Gambling Sites ・ 18 January 2022
Bangkok Post

Ten premises used for the operation of an online gambling website called 123plus were raided by police in four northeastern provinces on Tuesday. Five suspects were arrested and assets worth about 100 million baht were impounded as evidence. The premises were in Nakhon Ratchasima, Surin, Si Sa Ket and Ubon Rachathani provinces.
Incidents ・ 21 December 2021
Chiangrai Times

53 people were arrested in Thailand over an online gambling operation. The group is made up of 40 Chinese nationals, 12 Burmese and 1 Filipino. They were operating a call centre in a resort in the Muang district. 300 phones, computers and other assets were seized. Cigarettes that were smuggled into the country were also recovered. The suspects were checked for Covid-19 at the Srisangwan Hospital.
Incidents ・ 21 June 2021
Borneo Bulletin

Seventeen foreigners and permanent residents were detained for suspected involvement in illegal gambling at a house in Tungku, Kampong Mata-Mata Gadong on January 6. The individuals, aged 17 to 56, were arrested in an 11pm raid by a team from the RBPF’s Anti-Vice and Gambling Suppression Unit.
Incidents ・ 07 February 2021
Chiangrai Times

Suthasinee Sitthiya, 27, is the headmaster of a learning skill development institute in Ubon Ratchathani. She and her accomplices allegedly operated an online gambling website offering services such as baccarat and football betting. They made over 30 million baht in less than a year.
Gambling Sites ・ 28 January 2021
Bangkok Post 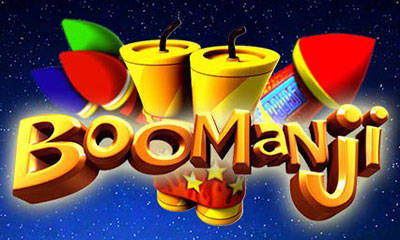